On Friday, April 14, a battle over a final timer for a Fortizar brought out over 2000 pilots, and sent the Imperium home empty-handed as a server node plagued by soul-crushing lag and stuck modules allowed the structure to repair itself despite forces gathered to destroy it.

The Imperium had set out from Delve to attack a Circle-of-Two Fortizar in V-3YG7 in Catch, taking along just over 1000 pilots. They were met by a similar number of defenders, and with third parties joining in the fun too, the numbers in local hit 2100.

On the subcap side, TEST brought out a Nightmare Fleet… 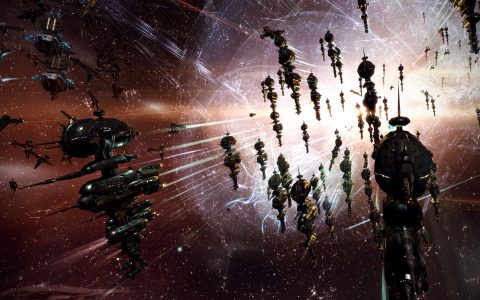 …whilst both The Imperium and CO2 brought Machariels, and Ferox fleets were present from Soviet Union and Red Alliance. 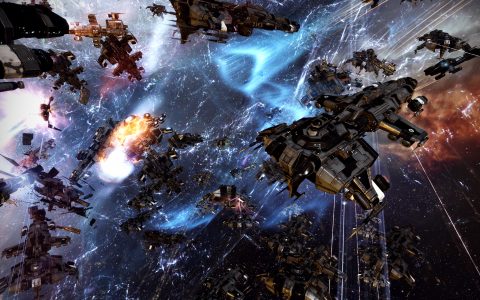 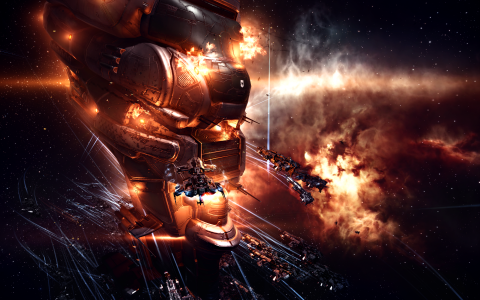 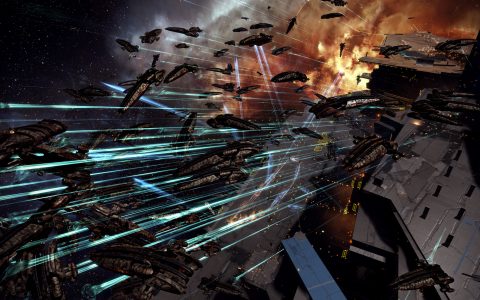 Imperium FC Apple Pear told us that The Imperium were hitting the damage ceiling on the Fortizar, and then the defenders cynoed in carriers and launched fighters. This extra load, combined with the fighters being launched by The Imperium, caused the node to have issues. Pilots started reporting socket closures, and red-cycling of modules, which is a desync between the server and the client – rather than indicating the actual state, it appears to be cycling while flashing red. When this happens, It becomes impossible to toggle the module on or off, or even to see what state it is in. This condition happens in some fights when time dilation isn’t enough to stabilize the server node and communication between server and client eventually breaks down entirely.

It was noted on Reddit that Imperium carriers pulled their fighters off the citadel and onto other ships on the field at this point. Under the server conditions, only the citadel’s own defenses and carrier fighters were working somewhat reliably, but as the Fortizar’s point defense system could make quick work of any fighters within its reach, Imperium FCs decided not to waste their only working weapons. 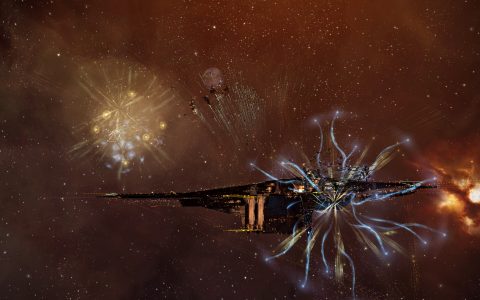 The server problems led to some strange side effects, such as one of the Force Auxiliary ships belonging to the defenders being effectively unkillable due to its Capital Emergency Hull Energizer cycling for over an hour. Weapons continued to use ammunition, even without a target locked, and Logistics pilots on both sides reported serious problems when trying to rep their targets.
Pilots who were hit by bombing runs were also, due to the desyncs and red-cycling, able to warp off when they ordinarily would have been a wreck on the field. One TEST pilot reported being hit by a full barrage of bombs and still being able to warp off in armor. 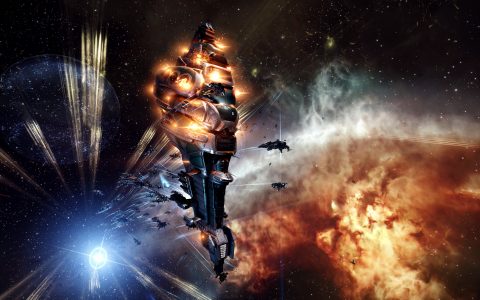 Despite this, there were multiple successful bombing runs from both sides and the third parties. The Imperium’s DaBigRedBoat led several of these runs, including one which landed on an FCON Tempest fleet.

The server problems continued even after the fight had finished, with defenders who stuck around to pick up Imperium stragglers and pilots who had disconnected coming across an Archon who they managed to get into hull, the pilot activated his emergency energizer, and, the same thing happened as with the Force Auxiliary ship earlier in the fight, the module became stuck on, making the carrier invulnerable for 30 minutes, while the pilot was able to launch his Fighters at the attackers.

One other thing, at an hour into this grind, a lone Helios foolishly tried to evac blueprints from the citadel, only to be caught as they left.

Quite how the pilot had not been aware of the upcoming timer in the preceding six days, or the fact that a large fight was likely to kick off is unknown, but, it is a brave pilot who tries to evac blueprints during a 2100-pilot Tidi fest. 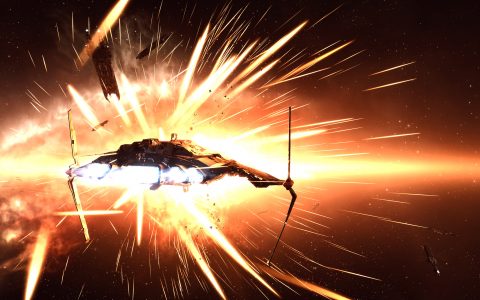 Just about the only person on field unaffected by the server problems was our photographer Razorien, who was able to take a lot of pictures of explosions and fleets mid-warp, some of which you can see in this article, and the rest can be found on his Flickr.