A Path to Dominance: Pandemic Legion

Few people would dispute that New Eden’s current leader in military and economic strength is Goonswarm Federation, but how could another group take that crown? In the series A Path to Dominance, INN examines some of the major corporations and alliances in New Eden, giving an overview of their history and giving several ideas for things they can start doing, stop doing, or do differently if they want to achieve galactic dominance in the manner that Goonswarm presently enjoys.

One of the oldest alliances remaining in the game, Pandemic Legion was formed in 2007 as a merger between founding corporation Sniggerdly and a handful of expatriate corps from the Curse region. Almost immediately they teamed up with Goonswarm to fight against Band of Brothers (BoB), who at that point were the most dominant alliance in the game. However, the Band of Developers scandal, seeming to prove the allegation that CCP was favoring its pet alliance, turned public opinion against BoB all over New Eden. BoB’s sudden implosion is a story in its own right, and in its aftermath, Pandemic Legion and Goonswarm organized a weeks-long cleanup patrol to kill all BoB structures left in space.

During this period, several Pandemic Legion Fleet Commanders (FCs), including the legendary Shadoo, led combined fleets including their own members, Goons, Razor Alliance, and many other entities. 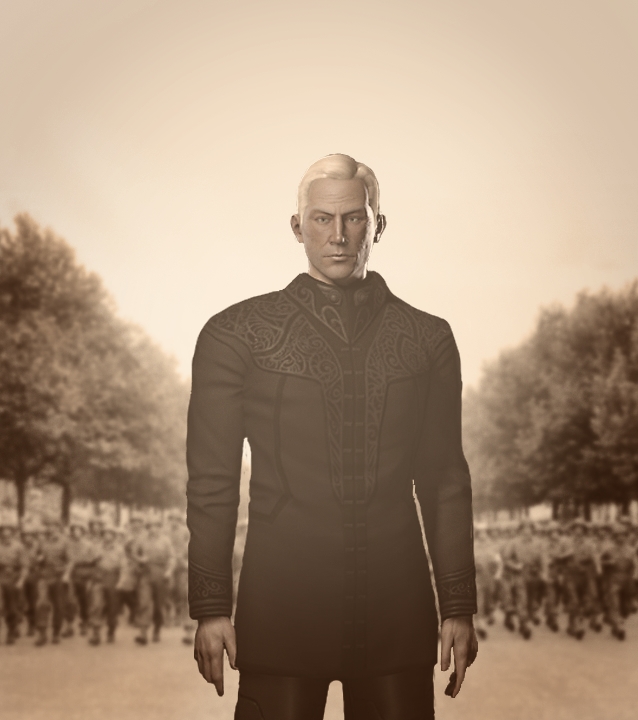 These fleets, featuring a core of titans and dreadnoughts surrounded by a massive ball of random sub-capital tag-a-longs, were some of the most destructive forces ever mobilized in EVE. PL, still then a newcomer to the nullsec meta, established a reputation as a hard-hitting, aggressive, and disciplined alliance and showed its ability to lead other alliances. This foreshadowed the massive coalition it would eventually create. Later in 2009, PL teamed up with Goons again to record the game’s first ever titan kill by a subcapital fleet.

Having followed up its memorable splash into the game with several years spent consistently punching above its weight across nullsec, PL cemented its notoriety for high-level PvP. For three consecutive years, from 2008-2010, Pandemic Legion won the Alliance Tournament. This accomplishment, impressive as it was, displayed two sides of PL’s culture. They won widespread acclaim for meticulous training regimen and extensive preparation. But at the same time, the alliance was implicated in spying on its opponents in efforts to counter their doctrines in advance of the fights.

Similarly, PL has run into trouble with other tournaments, like the Syndicate Competitive League Tournament (SCL). In SCL 4, PL was exposed bribing tournament competitors to withdraw in order to secure a slot for the ‘PL B-team’. These actions contributed to the ‘checkered’ reputation PL has developed in recent years as the alliance began to compromise its claims of outright superiority through questionable tactics and rules-lawyering.

PL and Goonswarm remained on friendly terms for a few years. After the loss of sovereignty in Fountain to IT Alliance in 2009, however, PL decided to embrace a nomadic PVP lifestyle. This became a major part of their identity for more than half a decade. However, the nomadic lifestyle did not prevent Pandemic Legion from shaping the landscape of null. Along with allies in Northern Coalition. (NCdot), PL established the Brothers of Tangra (BOT) rental alliance. And, once again in cooperation with NCdot, they buttressed TEST Alliance Please Ignore (TEST), when that alliance faced an invasion from Goonswarm in 2013.  When New Eden’s most destructive battle to date took place at B-R5RB, in January of 2014, PL was a major player. For years afterward, PL continued to terrorize alliances both large and small through rapid supercapital deployments calculated to surprise and overwhelm unprepared adversaries.

Things began to change with the advent of Aegis Sovereignty in mid-2015, and the following year’s Casino War. In 2016, PL went back to their roots, teaming up with allies to attack the most dominant alliance in the game. This brought them into conflict once more with Goonswarm. PL played a crucial role in the ensuing Casino War, and assisted their PanFam allies Northern Coalition, Pandemic Horde, and Guardians of the Galaxy in conquering former Goon territory in Deklein, Fade, and the surrounding regions. The campaign is indisputably the high-water mark of PL’s influence on the nullsec meta. In the end, PanFam’s victory saw the Imperium defeated. Goonswarm, the Bastion, Tactical Narcotics Team (TNT), and Get Off My LAWN (LAWN) were driven into exile in the south. Circle-of-Two turned coat to join the attackers. Fidelas Constans and Razor escaped east as husks of their former strength. Spacemonkey’s Alliance was shattered, limping off to Outer Ring with near-fatal wounds.

Recent history, however, has not been quite so kind to PL. In January 2018 PL invaded Providence, attempting to seize sovereignty across the region before the conversion of NPC stations to valuable faction Fortizars. However, shortly before this conversion, PL was pushed back out of Providence by TEST, losing their chance at claiming the Fortizars. In the summer of 2018, PL and its allies were on the wrong end of a savage beating by an unlikely confederation of the Imperium and Legacy Coalition, a war of reckoning fought as revenge for PL’s role in the Casino War. PL has had a measure of success blunting TEST’s campaign against Pandemic Horde, playing a crucial role in several major victories during January.

So what are some things that Pandemic Legion will need to start doing, or stop doing, or do differently in order to be dominant in New Eden?

2015, 2016, even 2017 Pandemic Legion was a force to be reckoned with. They were the (somewhat) undisputed greatest power in space. Even the Imperium would have to trade blows, it wasn’t just a thrashing. During the Casino War PL was a real power. 2018, 2019 PL though? Not what they used to be. That’s okay! PL has to be realistic. It has to recognize its place in the galaxy. Nobody is afraid of the PL boogeyman in the South now. Nobody should be! TEST and the Imperium have both shown their ability to take PL in a square fight. PL needs Northern Coalition (NCdot) to make numbers, and PL has been bleeding corps and alliances for the better part of a year now. 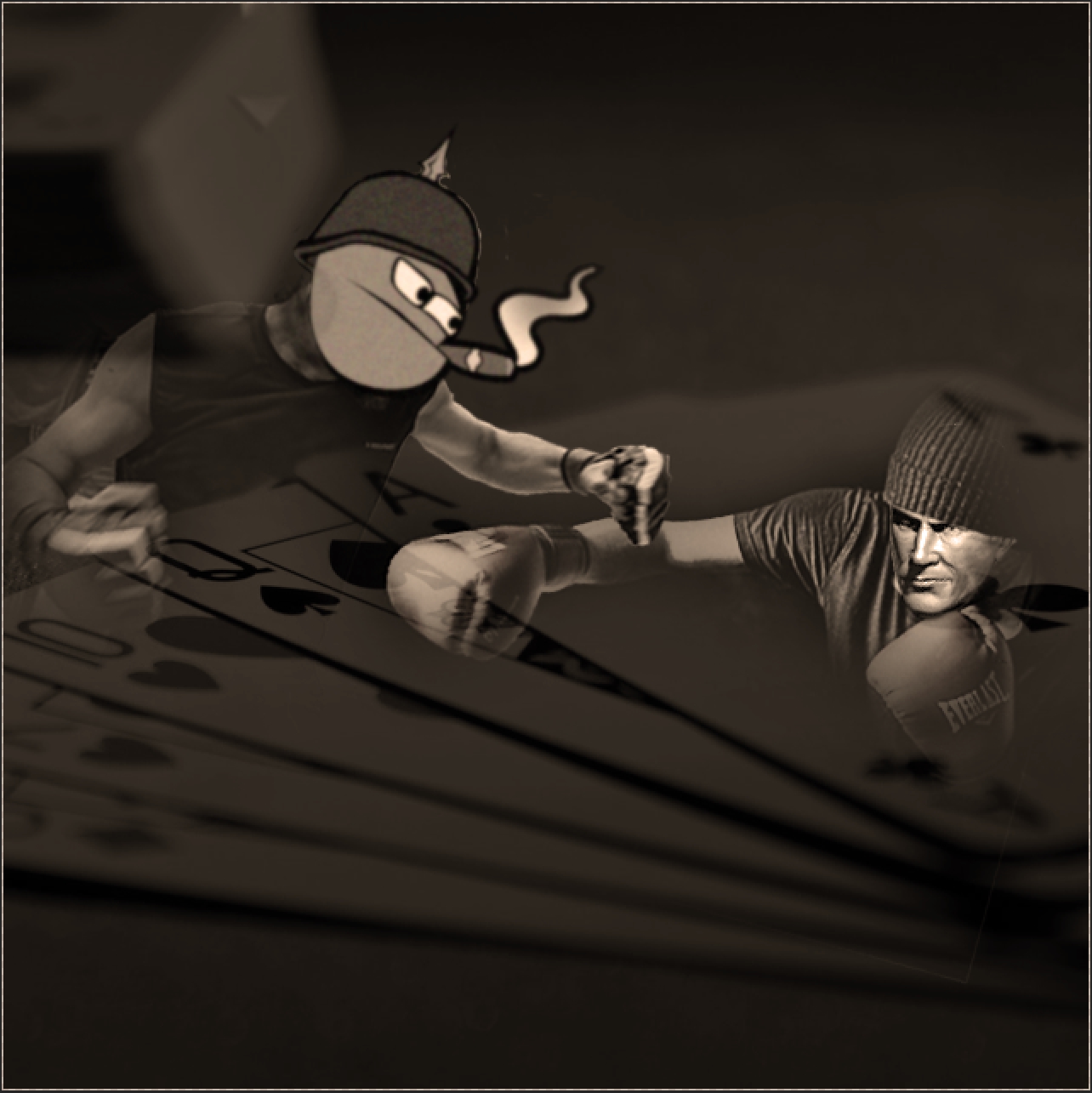 All of this is okay! Every empire goes through ebbs and flows. The sun also rises! But only when we recognize that things aren’t perfect are we going to be a in a position where we can start to fix them. PL needs to be realistic. It’s not the home of the undisputed masters of PvP anymore. It’s not the super elite. It can’t afford to just sit back and rest on its rental empire. PL needs to start rebuilding, and the first step to that is recognizing that there’s a need to rebuild.

Guilford Australis: Return to Your Roots

Pandemic Legion is a strange organization that has never been motivated by the conventional concerns of EVE – in other words, the things that are important to you, me, and all the other capsuleers without (-10.0) tickers next to their names. Consequently, I will divide my observations into things PL could do to strengthen its position and achieve dominance – but will not do – and things I think PL might actually do to get itself to a better place. And make no mistake: PL has diminished into a shell of its former glory. Its enemies no longer flee the field or refuse to undock after learning PL has joined the fight. If PL wants to reclaim its ‘Elite PVP’ reputation, it must adapt or it will lose even the modest following its still maintains.

Adapting to Aegis Sovereignty (FozzieSov) appears to be off the table for PL. The alliance refuses to accept that rental empires are no longer a path to long-term success and prosperity. Just a few nights ago, I joined The Imperium’s Liberty Squad to dunk a botting Hel belonging to PL renter Rate My Ticks – in PL’s own backyard. PL showed no evidence of realizing or caring that its renters were being attacked in an obvious way by its worst enemies that could have been countered. Liberty Squad passed through many empty systems with default-level ADMs (EVE’s system for strengthening sovereignty based on PVE activity) and faced no resistance from PL or any of its allies. This represents a nearly perfect failure to embrace the sovereignty mechanics implemented by CCP four years ago. PL should adapt to the new sovereignty meta, but I doubt it will. 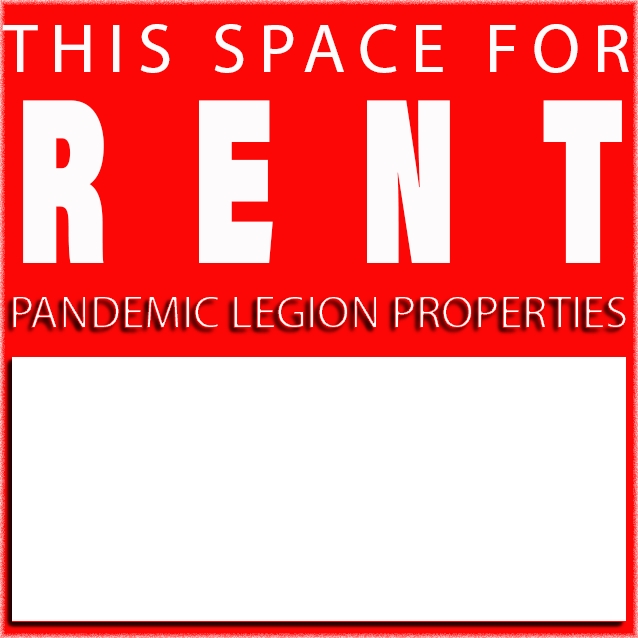 The only way forward for PL, given its strengths, priorities, and refusal to adapt to FozzieSov, is to return to a nomadic, PVP-centric play style. PL should abandon most of its claims to sovereignty outside of its current holdings in Vale of the Silent. Neither PL nor its renters currently utilize the space they hold, which creates vulnerabilities that PL’s enemies have not yet exploited. To save itself from embarrassment and a position of strategic weakness, PL should pull up roots and re-commit to its former philosophy of seeking out good fights wherever they are to be found in New Eden. This will require PL to commit its considerable capital and supercapital reserves to fights that it may not win. Although PL historically has avoided conflicts with uncertain outcomes, it no longer dominates the meta of nullsec and can no longer dictate terms of engagement. PL’s reluctance to engage its capital and supercapital forces has created a slow-motion failure cascade in which many members hemorrhaged out to more ambitious alliances such as Skill Urself and We Form V0lta. To prevent the failure cascade from reaching its terminal outcome, PL must accept that its rental empire has failed and its priorities lie in a play style that brought it the fame and respect it once enjoyed.

J Moravia: Play to Your Strengths

What does “dominance” look like for an alliance that only has 2500 members, a mere 7% as many as Goonswarm Federation? Obviously PL will not be Monthly Economic Report champions, will not be winning many battles by outnumbering their opponents (which is why they went after Providence), will not be controlling vast swaths of space under the PL banner. It doesn’t even make sense for PL to incentivize mining and ratting, the way some other alliances might; PL’s specialty is PvP, and organizations should always focus on their core competencies. Yet in the modern EVE, where industrial might is arguably more important than military prowess, can an intentionally small, elite, PvP-focused alliance actually exert dominance?

Yes. Here are three things they need to do:

What do you think, readers? What are some things Pandemic Legion needs to start doing, stop doing, or do differently in order to become the most dominant power in New Eden?

EDITOR’S NOTE: The original text of this article indicated that Shadoo was recently active. This was an error brought on by a number of ships ‘delivered to’ Shadoo in the Rage Keepstars, which were destroyed after the citadels died. Shadoo has not been active since 2015 at the latest. This has been corrected, and other matters clarified.

I'm a teacher, soccer/volleyball coach, writer, and editor outside of Eve. In-game, I split my time between high-sec and null, and I write about interesting content and interesting people. I like weird and off-the-wall characters, stories, ships, and fits.