It was a grim sight for the galaxy this evening as the historic masters of PvP in Pandemic Legion began a rapid strategic redeployment to a yet-unknown, certainly unfortunate region of space. Even though Test Alliance Please Ignore (TEST) heroically moved fleets into Providence in a desperate attempt to stop them, PL spent the greater part of May 14 moving supers and capitals out of 9UY4-H, undoubtedly relocating to a yet-unknown staging for an even greater invasion.

The first signs of Pandemic Legion’s new campaign began at approximately 1730 on May 14 as PL supers and capitals began moving from 9UY4-H to the Derelik system of Assah. From there, the PL fleet began redeploying to a yet-unknown location. By 2000, it was obvious that this was more than a simple regrouping in preparation to titan bomb the helpless TEST fleets, as PL began bringing other capitals through the system along the same chain.

TEST boldly gated and slow-warped its own capital and supercapital fleets around the region, but PL defied them, eluding capture and confrontation. Indeed, PL’s PvP skills truly shined as they expertly avoided not only any confrontation they couldn’t win, but even some confrontations they could have. In the end, TEST failed to win the strategic objectives; instead of stopping PL’s relocation to a yet unknown but surely strategically superior staging system, they became distracted and spent their time reinforcing PL’s former staging Fortizar. 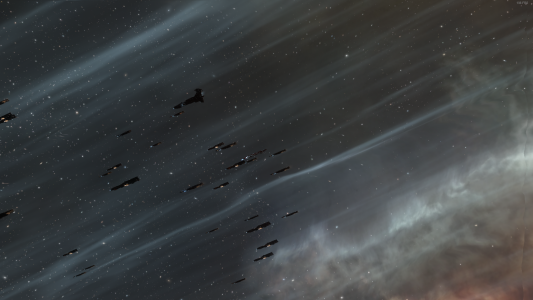 The new campaign launched by Pandemic Legion represents a sudden shift in strategic posturing. Though it has historically focused on PvP and the quest for ever-good-er fights, the last several months have been spent farming many smaller corps in Providence. The Provi-Bloc resisted bitterly, but ultimately was unable to oppose the overwhelming experience possessed by PL. Now, however, its fleets have been sitting idle. Though PL recently declared it would be opening Providence for renter corps, it appears now that PL may intend to return to its roots as a small gang PvP outfit.

While details are currently lacking, with no official statements from Pandemic Legion, one possibility is that they are baiting Legacy Coalition on free faction Fortizars. PL is becoming well known for its recent signature use of extremely distracting “fake-out dreadbombs,” where enemy super fleets are baited into undocking just to kill a few hundred billion ISK in dreadnoughts. It’s unclear if that is the case here, but it’s not impossible that Pandemic Legion intends to drop a never-before seen number of dreadnoughts on TEST in a show of force. Other possibilities include that TEST have taken up PL on a recent offer to rent Providence, and that the deployment announced over the weekend is a crude cover to save face.

Whatever the reasons, they remain well hidden behind PL’s impenetrable veil of secrecy. One thing is certain: there’s no way the once-great Pandemic Legion is retreating tuck-tailed from Legacy Coalition. That would be truly outlandish.