There is a never ending debate among Eve Online enthusiasts. This argument has persisted throughout the game’s 15 year lifecycle. There are players who feel that Player Versus Player activities are where the core focus should be and those who choose to devote their time to industry activities such as mining and crafting the weapons of destruction. The argument typically involves each side attempting to explain why their playstyle carries more significance than the other.

A BATTLE OF PLAYSTYLES

It’s fairly customary in many of the larger corporations and alliances in Eve Online to require players to devote at least some of their gaming time to player versus player activities. Home Defense scenarios are a prime example. Even players who detest PVP have a tendency to support defense efforts.

At the same time, industry is often seen as an optional afterthought—no different than running combat sites—by players who prefer PVP. Many view it as just another source of income that requires more time and effort than it’s usually worth. Some players feel they can just run combat sites and earn the ISK they require through bounties provided by Pirate NPCs. They often also boast about how they earn more ISK per hour running these sites than most who waste their time with industry.

It’s not uncommon to see industry sectors in the major communities of Eve Online and different organizations approach them in different ways. It’s rare that any of these methods of structuring player industry efforts results in anything that stymies the ongoing debate between playstyles. Occasionally though, just as in all things in life, an anomaly happens. What if both playstyles were capable of merging into one? 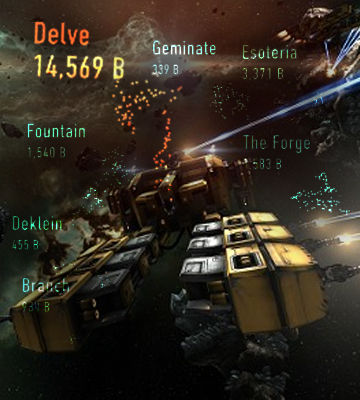 There isn’t a better example of what happens when these playstyles merge together than the behemoth growing in Delve. According to the Monthly Economic Report, Imperium industrial activities are off the charts.  The region boasts 15 to 30 times more production value than territory controlled by their enemies. Even players who rely on Combat Sites for ISK are enjoying over twice as much income than their enemies are capable of producing through industry. What exactly is going on here?

The Imperium has put considerable value and time into these often-ostracized industrialists. In return, many of them have built up considerable assets that they want to protect. Entire doctrines have been designed to protect and counter threats to the Imperium’s mining fleet. Valuable moons are opened to everyone in the alliance to capitalize on. Players who enjoy PVP can reliably login to home defense fleets at nearly any time of the day or night and expect to participate in some fights. These engagements are sustained by tantalizing bait: The Imperium’s mining fleets and ratting ships.

This gives industrialists the chance to spread their wings and receive the proper support from their alliance. Most grow into player versus player activities as well. Some even carry a bloodlust from being ganked relentlessly that rivals even the most devoted of PVPers. After all, there’s only so many skill points you can put into industry.

Even those who devote themselves to PVP find that the resources available present some amazing revenue streams. Even fairly passive means, like industry or market related activities, produce considerable revenue. And experienced industrialists are more than willing to help them succeed.

BY OUR POWERS COMBINED

The effects of such a grand economic strategy are self evident. As the lines blur between these playstyles, players that identified themselves as industrialists are lining up to participate in some of the biggest PVP battles in Eve Online history. There are also the effects of allowing PVPers to protect the harvesting of valuable resources back at home. This encourages the industrialists to keep the Imperium war engine well oiled and running at peak performance. Leadership declarations to support such activities are not unheard of either. Losses can be replaced quickly and efficiently and delivered right back to the frontlines. 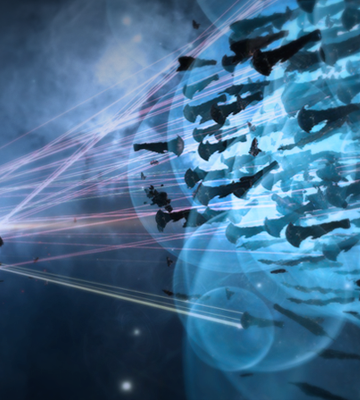 The game mechanics themselves, especially after the elimination of passive moon mining, require thought and organization into multiple divisions within an alliance. Limiting player activities and access tends to discourage player activity. It’s vital to provide an infrastructure to encourage players from all different kinds of playstyles to come together. Interior economics plays an important role. It keeps players interested and active, even if they themselves don’t realize it, and active players are essential to winning wars.

A major boon to Imperium activities is the intricate network of infrastructure maintained by the alliances, available to all members. This allows industrial activity at an unprecedented scale. Despite Delve being the largest exporter of raw materials in New Eden, a majority of these resources feed a hungry war engine right at home.

Privatized industrial activity, protected by a major alliance initiative, supplies fleet doctrines that all Imperium members have easy access to. This combines with healthy market competition to keep prices fair. It seems like a fairly obvious and standard system for any large null-sec organization, right? Not as much as you might think, because of that silly little debate mentioned above.

Organizations exist that have put significant emphasis on killboard rankings and player versus player activities. In some cases, this has come at the expense of players who would rather focus on other experiences in the game. Some players prefer to focus on PVE and Industry, while only dabbling in player versus player combat.

On the surface, having such a specialized culture of combatants is not necessarily a bad move. It certainly has the potential to create an imposing force. However, it tends to limit available player activities and push away people who could have potentially tipped the balance in a fight.

This is especially true in battles where numbers are likely to decide the outcome. Being able to rely on a variety of players suddenly becomes essential. Mainly though, such issues only become suffocating when the goal is to capture and control regions of space. You will need active players capable of occupying and defending that space.

These kinds of organizations have often turned to renting out their systems to solve such problems. They rely on their tenants to pay their bills and provide them with valuable assets and/or resources. In turn, these tenants are promised protection by the ruling body whose major focus is their own killboard and player versus player combat. It’s certainly not a new concept.

It begins to unravel when faced with a large-scale invasion. Instead of having a properly centralized and unified populace bound by nationalism, you have an assortment of small to medium-sized states all expecting their watch dog overlords to provide the services they get paid for. The ruling body will, of course, demand their tenants support the war effort. Unfortunately, these private entities are not necessarily bound by anything other than a rental agreement that all to often was very one sided too begin with. 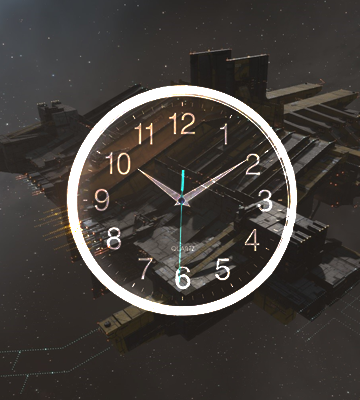 The age old retort of relying on deep pockets lined with ISK and just buying what is necessary from public markets starts to run aground when major war looms on the horizon. Vast stores of resources available on open markets such as Jita and Amarr appear infinite to most players, but they are finite, and an inferior source to supply a war engine.

Market fluctuations due to economic strain can be manipulated more easily by enemy factions.  With the meta of Eve Online shifting more and more toward the use of titans as evidenced by the battles of UALX-3 and X47L-Q (X47 Battle Reports here and here), it presents some interesting strains to New Eden’s economy.

To put it into perspective, as of the writing of this article there are currently 13,985,763,982 units of Tritanium available in the entire region of The Forge. You might be able to build 4 or 5 Titans if you were to buy all of it.  The battle of UALX-3 alone saw the loss of 13 Titans with a grand total of 70 lost between all of last three major battles of the war. This doesn’t even take into consideration the resources required for the Keepstars that house them. There are simply not enough resources in circulation on public markets to buy what is necessary to rearm yourself no matter how much ISK you have. The situation becomes even more complicated when you factor in the reaction materials required for Tech II production harvested from moons under the new mechanics.

It’s also important to consider where the resources available on open markets come from. With such a massive industrial infrastructure, the Imperium is a major exporter of raw materials to these markets. Players and alliances that choose to rely on these exports can suddenly find their supply chains interrupted or running dry when these exports are purposefully redirected. Organizations that have neglected their industrial sectors may find market prices sky rocket on dwindling supplies and struggle to keep their doctrines intact.

This is how the industrial might of an alliance can decide who wins wars.

THE FUTURE OF GALACTIC WAR

Wars in Eve Online have correctly been labeled “wars of attrition”. Similar to war in real life, the deciding factor in winning is removing your enemy’s will to continue fighting. In the real world, nations accomplish this by the destruction of military assets.

Historically during Eve Online warfare, the destruction of your opponent’s material assets alone was not necessarily a deciding factor. We are now in a period during the life of this game where it’s possible to remove expensive and time consuming mainline assets to manufacture from the continued duration of a war. Supply lines have never been more vital.

This is especially true when large areas of the game have not smoothly transitioned into the new mechanics involving Rorquals, citadels and moon mining. Control and capitalization of resources has never been more important. Will we start seeing more strategic engagements to disable these supply lines and disrupt the flow of material to the frontlines?

The enemies of the Imperium have relied on nomadic lifestyles and an outdated feudal approach in the past. Now the metagame is requiring a larger organization of force to dig in and tap into essential resource infrastructure. Will we start seeing more regional fortresses like Delve develop and true empire resource warfare emerge? Time will tell. For now, at least in the opinion of this author, industrial might most certainly makes you right.

Shokalokaboom is an avid Eve Online enthusiast, having started playing in 2006. During this time he has spent years in Null Sec and Wormholes. A devoted family man, he also enjoys the Language Arts and writing music.