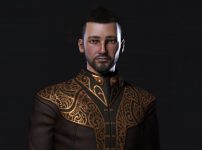 This is C4rlit0, one of the oldest and most valuable characters in Eve Online.

While it’s common to see gamers trading old or highly skilled characters in Eve Online for in-game currency, the marketplace was blown away last week when C4rlit0 sold for 510 billion ISK.

A conservative estimate places the value of that character, born on the same day Eve Online’s servers went live in 2003, at more than $6,200 according to current PLEX prices.

After more than a month on the open market, Shionert Aucie had the winning bid. Aucie did not respond to INN’s request for an interview.

The previous owner, however, did speak to INN about C4rlit0 and what it meant to hand over what could be the most valuable character in the entire game. Along with being one of the oldest still active, he has more than 300 million skill points after years of training. Morvinn from the No Handlebars alliance said it was hard to let go.

“He was a popular member of No Handlebars and people were used to taking his titan bridges,” he said. “For sure the ISK helps me get over it though.”

Morvinn wasn’t the first owner, however. He picked up C4rlit0 a few months ago for about 230 billion, managing to double his investment in less than a year.

“I’ve actually only been playing Eve since 2013, and I realized quickly that if you wanted to get ahead, you needed to have lots of ISK to buy the character the 2003 players already had. So that’s what I did, tried to be smart with ISK-making and buy the character that way,” Morvinn said. “I made a lot of my ISK buying and selling characters before injectors, and made some good ISK doing it.

He saw value in his date of birth: May 6, 2003. That’s the day Eve Online went online. The character’s corporation history doesn’t go back that far, but it’s common for early characters to not show their entire history in game without access to their data source.

“I knew there were buyers out there willing to pay the extra due to the history. I had to be patient, but it was worth it I think,” he said.

Large-money transfers like this are extraordinarily rare in Eve, just like the availability of characters now pushing 15 years old. The next-most valuable character might be Mortanius, which sold for 230 billion ISK in April, possibly to The Judge.

“I’m not one who cares about a birthday; I value the amount of (skill points). I see it from an extraction point of view.” Khans said. “The rough extraction value is 253 billion. Now to inject this amount of SP you’d need far more than that, so that does add some value.

“This one is hard to value, as its in a very small group, if not one of a kind – at least from what we have seen on the bazaar go up for sale.”

Khans said there initially was suspicion that the sale might have been a ploy to drive up the price, but it now appears it was a legitimate transfer, possibly to someone new to Eve Online’s Tranquility server.

“(Shionert Aucie) had previously been in Fraternity, so I’m making the assumption they recently came over from the Chinese server. Those players moving over have to start back at 0 SP,” Khans said. “For someone not about that life and wanting to just get back into the saddle, this type of character is a win. Essentially no training needed, and you can fly everything.”

Morvinn, who still has about 1.5 billion skill points across all his remaining characters, gave thanks to Baltrom and Jericho Stormcloud, along with his alliance mates at No Handlebars for assisting in the sale.