It’s been a hectic period in EVE online, playing around with the new Blood Raiders and working hard to figure out how they work, and how to whack the pinata for its candy. The details of how this feature was received have been covered quite extensively, here on INN.

The first dramatic loss of the BR prize was entertaining and has already been made into meme-format. The short story is that; after dropping the Molok BPC it was ninjaed by TEST and the pilot attempted to leg it, failing to do so and getting shot, only to be followed by a second TEST pilot, that also got killed after looting, and this time RNGesus took away the prize from everyone.

Already at this point, we saw the inherent flaw of the loot being extremely easy to snatch from the claws of the “hard working entity” that is running the site. This became a topic buzzing under the EVE community, and plenty of Reddit commentary was made. The problem was shown in full when the second BR complex spawned and was finished; where in the last seconds the BPC “Disappeared”. It would appear that someone had managed to figure out how to prepare rather well for exactly the drop event, and managed to pick up the loot before anyone could even have a chance to react. Rumours of bots and automation, server response etc have all been on the table, and having played the archeage land baron “minigame” I can attest that both legit and illicit methods are within the realm of possibility. 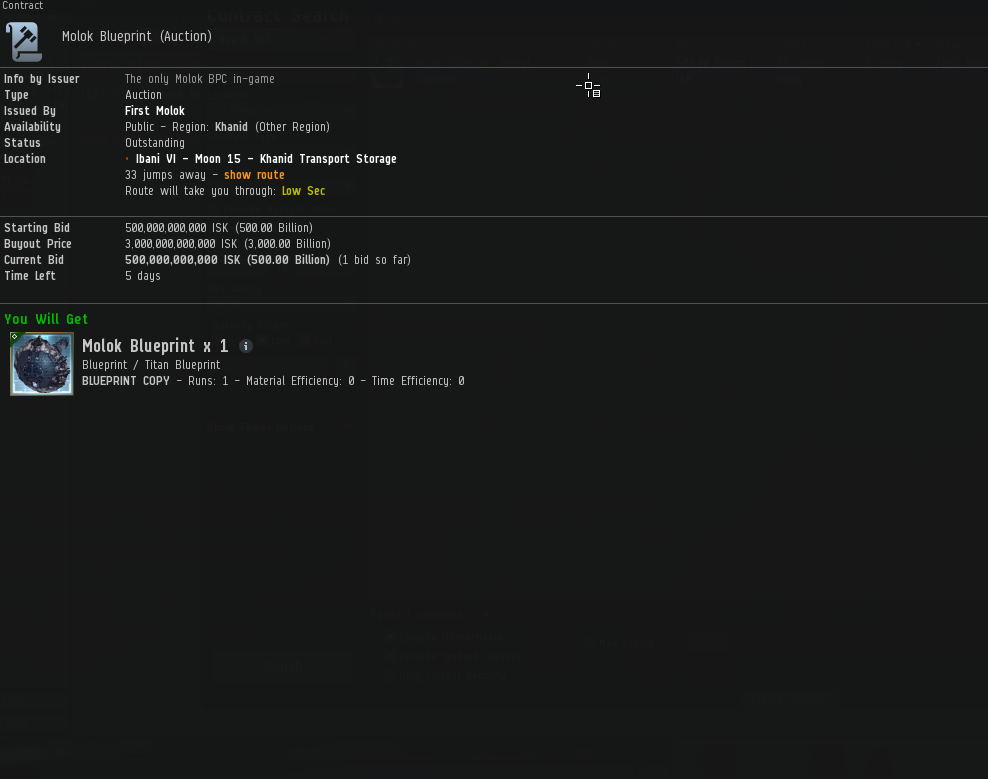 Soon the stolen Molok BPC was posted on contracts, where it still sits with one bid. Now the reality was hitting that someone was going to get rich on other people’s hours of work. Everyone was discussing whether the loot “problem” was a part of the EVE gameplay, or if it was an exploit. On the INN “The Meta Show” in a rather sober tone the leader threw out the question to the public; is this a flawed design, and should Goons Boycott the feature and disallow anyone else the chance to run these sites, until a patch has resolved the problem? A clear majority seemed to agree that a boycott should be put into effect. Here one could argue that the democracy was maybe not representative of the entirety of EVE.

Even though CCP already had pointed out, in the aftermath of the first Sotiyo, that they were aware that some tweaks and changes were needed, and that the loot issue was being discussed, naturally now everyone would see any solution, as CCP giving in to Goons strong arming them.  It would not matter that CCP said during a stream on Saturday that they had something in mind and would let people know soon what they planned, people would tie it to the call for the blockade. Fast forward to today, where it has shown on SISI, that a solution has been added. Many suggestions have been made by the community, but the choice seems to have ended with the simplest and fastest variant. Making the loot too big for any small ship to just swoop of the field.

The Loot will be a can of 20,000 cubic metres and will need at least industrial sized ship cargo bay and above to pick up.

I think it’s safe to say that this change is not just a good way to solve the ninja looting, it will also potentially generate a lot of conflicts trying to carry this bulk treasure away from the field.

As always, changes on SiSi are not guaranteed to make it onto TQ, but the images below show the current item on SiSi. 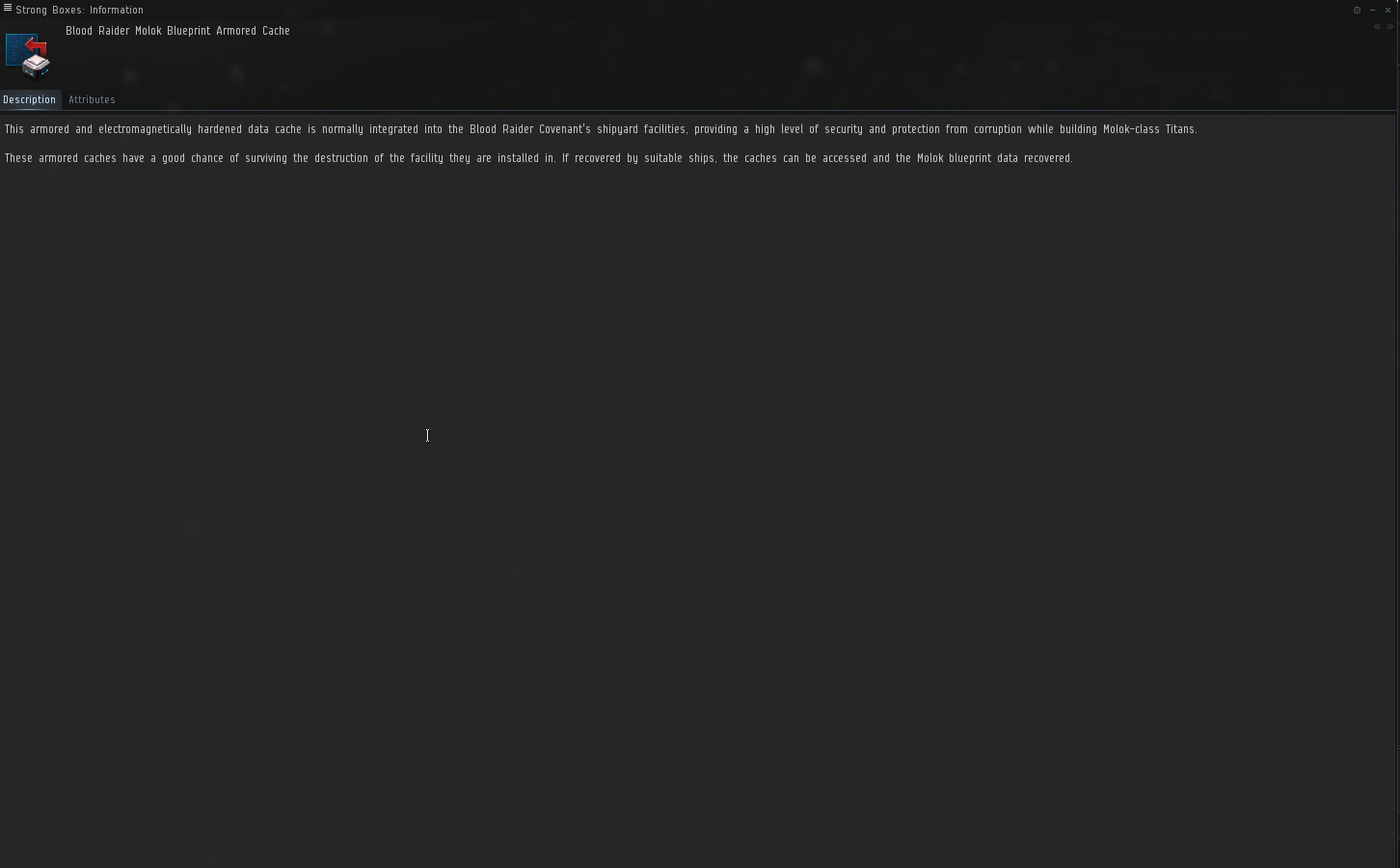 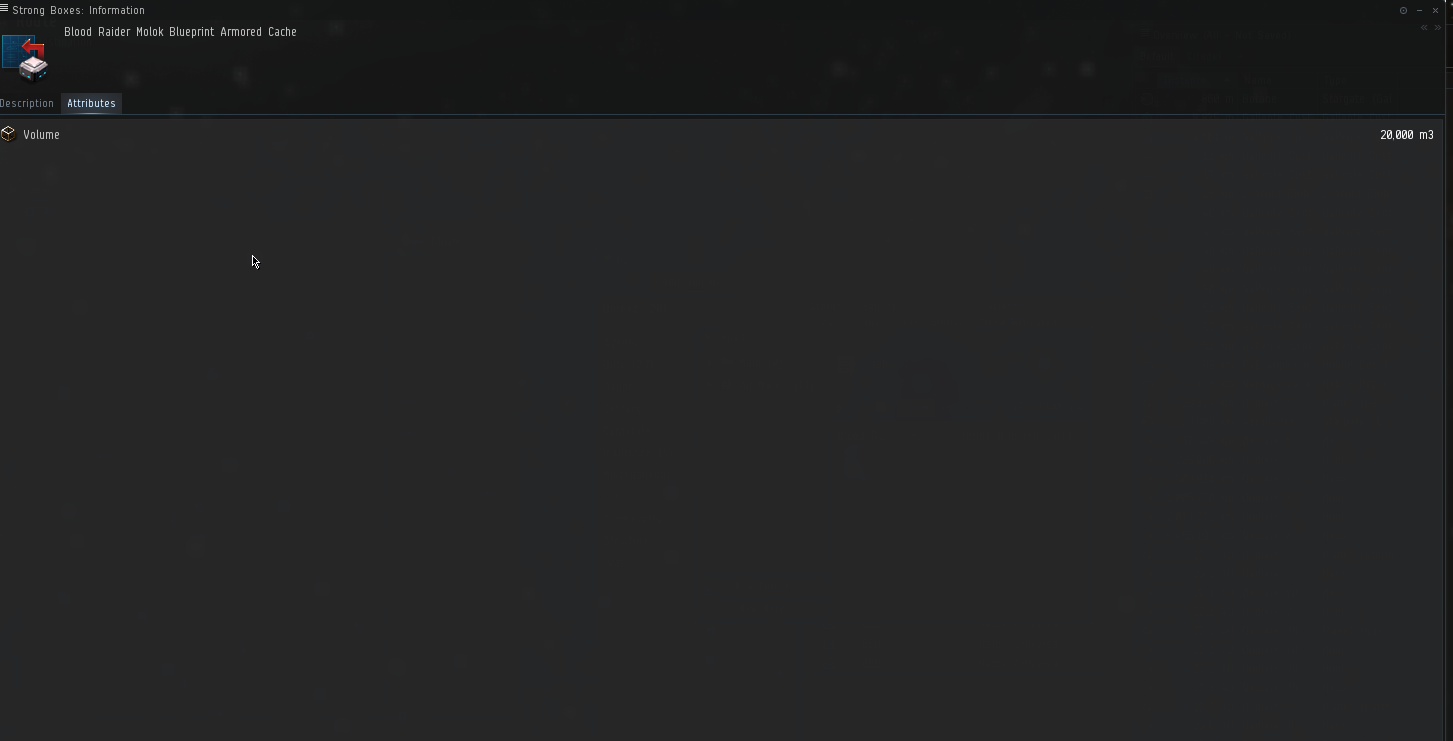