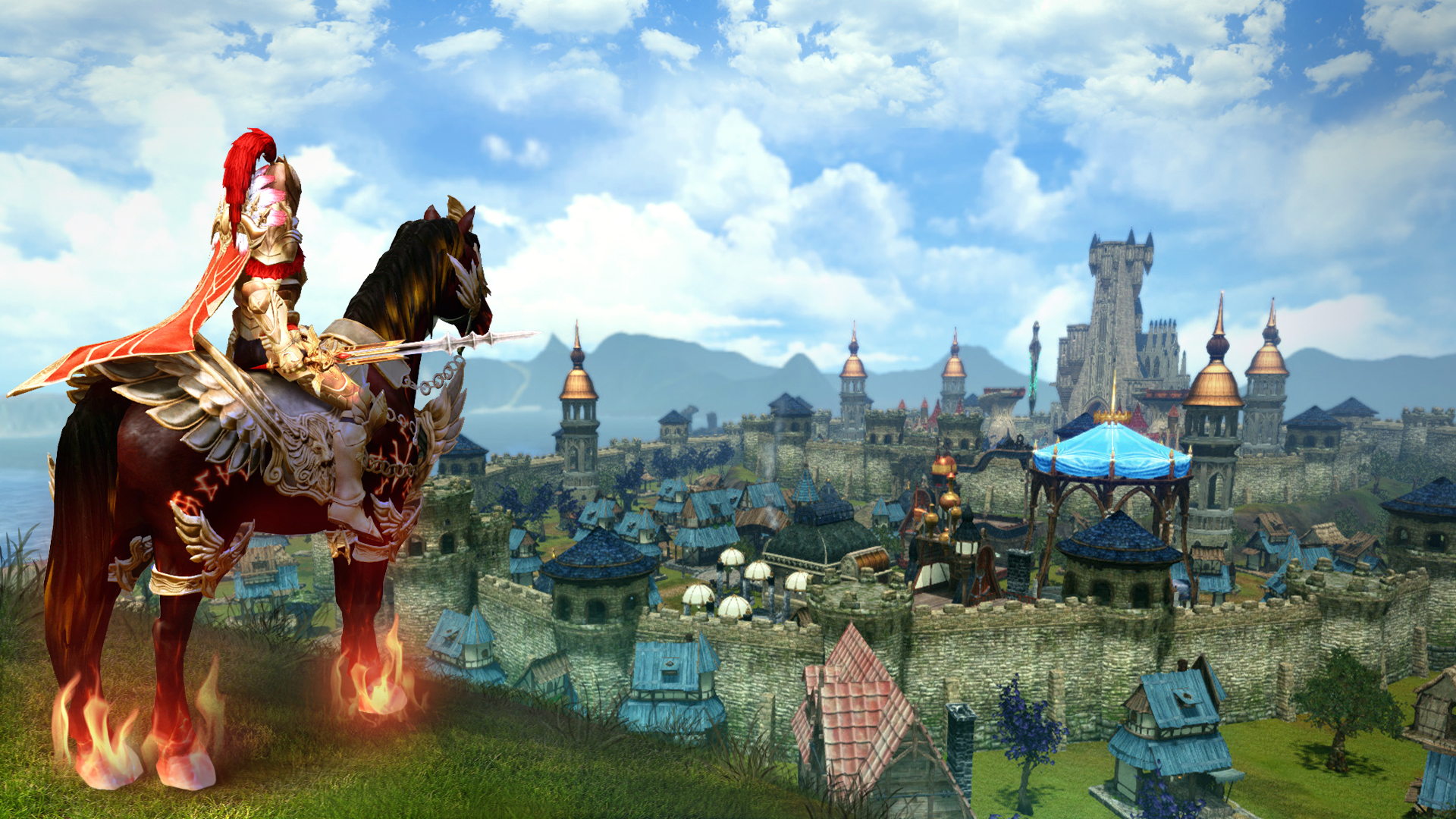 As XL Games and Trion get ready to launch the much anticipated 3.0 patch for Archeage at the end of the year, a series of promotions have kicked off to get players equipped and outfitted with some pretty neat stuff. For September’s promotion, they are introducing a Seabug mount and other goodies that you can attain by collecting coins via completing certain achievemnts. Since its release, there has been some confusion about how to best go about completing everything, but fear not! Kcolor, leader of the Imperium’s guild on Morpheus (US) has created a guide to help you out.

Before this guide begins, remember to go to https://archeage.trionworlds.com/ and login to accept your reward of second anniversary giftpack.

Second Anniversary Coins are obtainable only by doing the achievements associated with each event.

These coins can be redeemed for unique items like a Seabug Mount and other, as-yet unspecified loot.

Be logged into the game and use the divine clock 10 times to collect 10 twigs. The only location of a nest is in Diamond Shores. Once you have 10 twigs, right click on the stack to convert into a quest item. Right click the item to begin the quest AND START CARRYING A PACK. It is best to move to the nest location before starting the quest. Abandon/restart the quest if you screwed up.

This needs to be done 5 times (5+ days) to earn the achievement for a 2nd anniversary coin.

Acquire the quest “Merciless Victor” from the Commemorative Event Worker. NOTE: This quest is the same name as a repeatable quest, only the daily quest to defeat 5 enemies in the arena counts for the achievement.

Zone into free-for-all arena, get credit for 5 enemy kills, hand in quest. Repeat this 5 times (5+ days) to complete the achievement and get the second anniversary coin.

Despite the claim to the contrary, this does not have a starting quest. Letters are just drops from mobs in Exeloch, Sungold Fields, and Diamond Shores (only near the lodestones). The letters are tradeable. Spell ARCHEAGE or THUNDERSTRUCK 3 times to complete the achievement for the second anniversary coin.

Unavailable until September 28. You will be able to redeem a 30-minute legendary weapon (heroic if you’re under level 30) from the marketplace three times a day. Redeem these 15 times in total for the achievement and the final second anniversary coin.

I hope you found this guide useful. Remember: vote kcolor!