Never not mine during a State of the Goonion.

Why is it so quiet in Delve? Now must be the perfect time to get in some mining. Thousand plus people in Alliance Staging, more ore for me! At least that is what the seventeen Rorqual’s had in mind when they decided to keep working. What they did not foresee was the forty-eight pilots waiting to take advantage of the moment. With the mass of the swarm listening intently and passionately to The Mittani’s call to arms, what can only be described as a fleet of Industrial Capitals were savagely melted, and left nought but wreckage a jump away from the war machine. 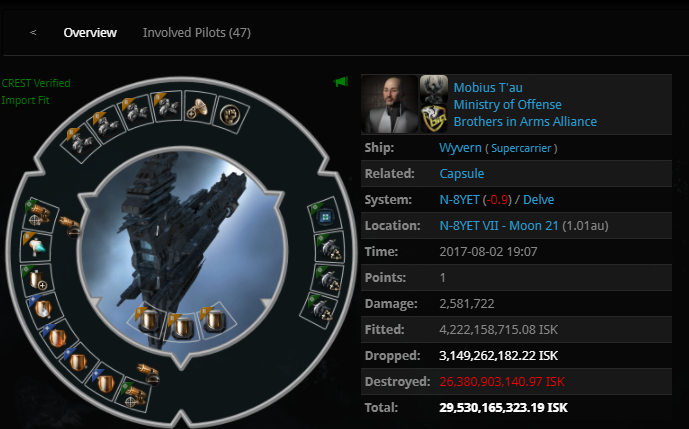 The aggressors were comprised entirely of Pandemic Legion, they found zero opposition and thus left with perfect OP success. They were mostly in Dreadnaughts and Battleships with a few boosters sprinkled in here and there. The only question that remains, is this the culling of the Rorquals, or just the innocent sacrifice that must be made before warriors go into battle. Only time will tell.

This is Johnny Crowe from Goonland, reminding you krabs to watch your six while the war machine churns.