Three weeks into World War Bee and the advantage between its parties has stabilized at about a 60-40% ISK loss split. That equals roughly 2.9 trillion ISK lost by the Imperium and 2 trillion ISK by PandaFam and Legacy. By aggregating battle reports and major kills, it appears that there has already been 184 decisive hostile actions resulting in fights, citadels being destroyed, or loss of various Upwell structures.

Six fights in the last seven days have exceeded 20 billion ISK in total losses, with two of them being wins for Legacy and PandaFam, one being a strategic draw, and three of them wins for the Imperium. The two major theaters continue to be the North (Fountain and its border with Aridia and Cloud Ring) and the South (Delve, Paragon Soul, Querious, Stain, Period Basis, and Esoteria).

After a busy week two in the North, Sunday of week three was no different. The day began with The Initiative (INIT) losing an Azbel in Fountain’s Taurus constellation as PandaFam continued to contest the constellation’s iHubs. Late Sunday saw one of the week’s bloodiest fights break out on an INIT Fortizar in the critical region-gate system of D4KU-5. An INIT Abbadon battleship fleet, supported by a trio of FAXes, attempted to defend some in-system objectives against PandaFam’s combined Jackdaw, Muninn, and carrier fleets. As a result the Imperium fleet suffered a 25.4b ISK loss versus PandaFam’s 13.1 bn ISK.

Monday saw PandaFam finally take control of the region-gate iHub in D4KU-5. As their blitzkrieg across the Fountain entry constellations continued, INIT announced Tuesday that they would be re-staging caps from IGE-RI, a central system in the region, to Y-2ANO, the region-gate to Delve. They also informed line members to expect to continue to lose iHubs as their positions in north and east Fountain became increasingly indefensible. The Imperium lost two Fortizars, one in the Wyvern constellation and one in the Taurus constellation – the two constellations leading into Fountain from Aridia. A pair of Imperium raiding fleets caught out some PandaFam fleets, leading to two skirmishes, both leading to ISK wins by the Imperium fleets.

By the end of the day Tuesday, Imperium command discovered that an alt corp within the coalition had been anchoring structures in Imperium space with the intent of turning them into forward bases for PandaFam forces. A number of fleets were dispatched to take down the citadels before they finished anchoring. Imperium forces, including an appearance by The Mittani in a Revelation, successfully took six of 10 citadels down, but four were successfully anchored due in large part to PandaFam successfully dropping caps on the fleets in south Fountain.

Wednesday’s action included a major win for the Imperium as a major fight broke out in the region-gate system of J5A-IX. As PandaFam forces bombed a refinery, quick response fleets from the Imperium rallied to the station in equal numbers. The Imperium ships, well equipped to counter the PandaFam fleets, destroyed 42.2 billion ISK and took 27.9 billion ISK in losses, and successfully saved the Tatara. Elsewhere, the Initiative lost two Fortizars, both in Taurus. Thursday saw a minor battle break out in IGE-RI (INIT’s subcapital staging system) and a Tatara destroyed. On Friday another skirmish included the loss of two Fortizars, a Prometheus, and an Azbel for Imperium forces. On the other hand, Goons’ new entosis SIG GSFOE saved the critical Keepstar iHubs of KVN-36 and C-N4OD. Saturday was relatively quiet, as the only action of note was PandaFam destroying a faction Fortizar in L-A5XP as they tried to consolidate territorial gains. 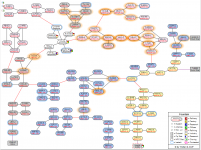 Week three in the south began in the Period Basis border system TCAG-3 when an Army of Mangoes Nyx was tackled, which lead to an escalation as the two sides fought over the supercapital. It escaped with 50% armor. Further border skirmishes occurred in Querious 49-U6U between two small gang fleets, as well as a successful iHub defense by Goons. Other actions in Querious on Sunday included Goons’ destruction of an Azbel and saving the ES-Q0W iHub. To close out the day, an Imperium fleet crossed into Catch and crushed a Legacy Muninn fleet, destroying 11.4 billion ISK while taking a 600 million ISK loss. Monday included a pair of critical entosis fights in Period Basis border systems, one where TEST attempted to reinforce the TCAG-3 iHub and anchor POSes, the other where Goons retook the XZ-SKZ iHub from TEST, resetting Legacy’s foothold in the region. Stain Russians also destroyed a TEST Fortizar in Stain.

Border action continued Tuesday when Goons attempted  to take the G-M4GK iHub, extracting after TEST showed up. Border skirmishes continued all day across the two systems, one small fight and one big one. The 1-SMEB border Ansiblex Jump Gate was also destroyed. Elsewhere in the south, there was an entosis defense battle in Querious and a Loki fleet in Delve. Wednesday had more border flare-ups, including one of the South’s largest battles yet which saw the Imperium destroy 44.1 billion ISK for 27.4 billion ISK in losses.

Imperium FC AriesBar led a 100-pilot Jackdaw fleet in conjunction with Apple Pear’s Baltec fleet and a Ranger Regiment Zealot fleet. “Most of the fight we were out numbered 2 to 1,” he said. “Hostiles tried their new bomber doctrine with a lot of [Harpies] and Jackdaws. [It] was heavy pressure on my Jackdaw fleet and RR’s Zealots but their [ships] die much more quickly than we do with FAXes. They had maybe 150 to 200 blaster Harpies and were free-firing on my Jackdaws first, then moved to RR’s Zealots. If you have a look at the [battle report], the Harpy fleet actually did most of the [damage], compared [to the] other hostile fleet. They killed 40 of my Jackdaws pretty quickly. Logi [just] wasn’t able to rep, [with] 10 Jackdaws getting hit at the same time, but luckily they moved on to the RR Zealots later,” he added.

Additionally, Wednesday had a small border fight in 49-U6U and a Mastodon planning to drop structures. It was destroyed passing through TCAG-3. Thursday’s action in the South saw entosis fights and POS sieges. ZAU-JW was reinforced as a Goon Ares relief fleet failed to defend the iHub. Goons deploy dreads to clear out POS spam in 1-SMEB while PandaFam formed Muninns to assault Imperium capitals. Goons responded with their own fleet of Sacrileges, and more capitals, and destroyed all of the POSes.

SKR-SP saw Legacy fleets successfully splat a Sacrilege fleet on the gate to GOP-GE. FC AriesBar led a Muninn fleet. “When we landed on the gate, we saw [Lazarus Talraven]’s Sacrilege fleet jumping in. One hostile Sabre decloaked and bubbled maybe 30 or 40 Sacs and there were 600 hostiles jumping in after it. Our Muninns were able to align out fast and kill what was close.” He explained, “I suppose it was some level of miscommunication,” he continued. “Like where hostiles are and if we have FAXes, where we want to fight. Apple [Pear]’s Jackdaw fleet was even further out, so we weren’t prepared for sure.”

Friday included a major form-up of Legacy which successfully reinforced many of the iHubs in Querious, excluding the 3-FXCZ iHub covering a Keepstar. TEST was prevented from reinforcing any Period Basis iHubs during EUTZ prime. Another TCAG-3 fight saw TEST attempt to bait a fight on an Ansiblex before bringing in Siege Green and Fraternity reinforcement fleets, unaware that Imperium scouts had already discovered the additional enemies. Imperium FCs elected to spring the trap, destroying 5.7 billion ISK in exchange for 1.2 billion ISK with the Ansiblex reinforced. Additionally, there was also some small fleet action in Delve.

Week three ended in the South relatively quietly with three minor actions: an iHub in 3-FKCZ, a faction POS in Delve, and a Caracal skirmish in Catch. 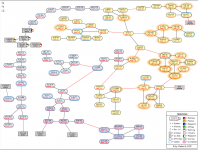 Tuesday saw the Initiative skirmish with SLYCE Caracals in Etherium Reach’s GN-TNT. Friday saw Goon wormholer Madcows make a stunning find of an unmanned TEST Leviathan in an offline POS in VL7-60. “I was boating around on my hunting alt and saw a Levi on scan somewhere in Esoteria. Did my good ol’ wormhole due diligence of checking POSes. I warped on over and saw it sitting there with no shield. [I don’t know] why it was just sitting there but I INSTANTLY injected Caldari titan and boated over there as fast as I could. Everyone asking where and what ticker it was but I didn’t even think to take pictures or video. Just wanted to get in it and the F out of there. Had to inject my alt to do a hard cyno and pray no one saw me moving it to a friendly Astra six  jumps away from where I found it. Evepraisal has it at a cold 80b, but I don’t know how Titans are calculated as I’m a subcap jammy boi.”

Friday also included the revelation that Iron.Guard members had stolen hundreds of billions worth of ammo from the Imperium. The heist apparently took place June 24 when some directors in Iron.Guard discovered that they still had access to several Imperium structures dating back to when they were part of Goons. The access lists used on some Goon structures had not been updated since April when Iron.Guard left the Coalition and allowed them to raid structures across Imperium space and use asset safety to evacuate the booty.