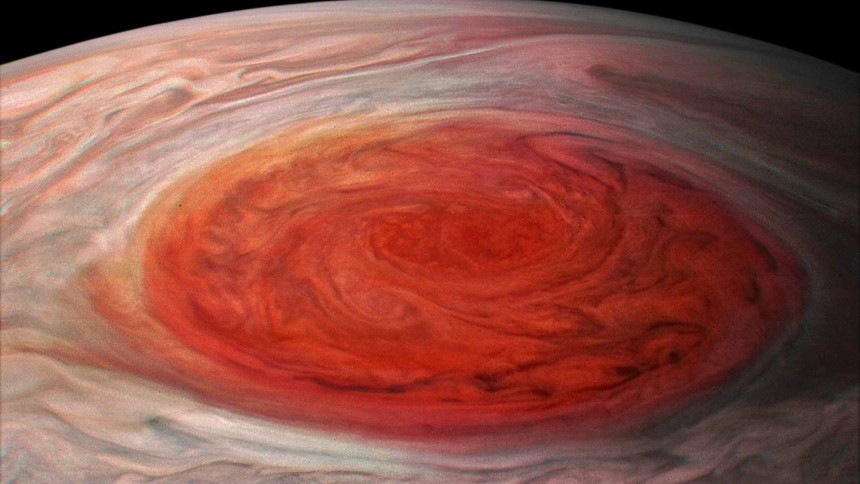 It’s been a busy time lately spacefans! I hope you all had a chance to view the Geminid meteor shower and take a look at Mars close up. This time we’re taking a short trip around the neighborhood.

CONFIRMED ICE ON THE MOON

Actually we’ve known about this for a while via other experiments, but there’s nothing like ‘definitively proven’ of course. Unsurprisingly, ice has been discovered at the darkest, chilliest areas at the poles. Shuai Li of the University of Hawaii and Brown University led the science team, which included Richard Elphic from NASA’s Ames Research Center in California’s Silicon Valley. They used data from NASA’s Moon Mineralogy Mapper (M3) instrument to identify three specific water ice signatures. Those signatures prove the long theorized and indeed expected prescence of suface ice. This ice is found in shadowed areas in craters, where sunlight never reaches, thus also extremely cold at around -156C and are likely very ancient.  At the southern pole, most of the ice is concentrated at lunar craters, while the northern pole’s ice is more widely, but sparsely spread.The blue speckles show the distribution of ice.

The image shows the distribution of surface ice at the Moon’s south pole (left) and north pole (right), detected by NASA’s Moon Mineralogy Mapper instrument. Blue represents the ice locations, plotted over an image of the lunar surface, where the gray scale corresponds to surface temperature (darker representing colder areas and lighter shades indicating warmer zones). The ice is concentrated at the darkest and coldest locations, in the shadows of craters. This is the first time scientists have directly observed definitive evidence of water ice on the Moon’s surface. Credits: NASA

We have long known about subsurface ice, but finding it on the surface is very handy indeed for when we hopefully build Moon Base Alpha and use it as a resource for not just drinking and bathing, but as fuel to explore the Solar system.

I know Mars has been at its brightest for 15 years, but even with a telescope I’ve not been able to see much due to a planet wide dust storm. The same dust storm put our other favourite rover out of action. The last we heard from Opportunity was June 10th, before its solar panels were doubtless covered in Martian dust.

“The dust haze produced by the Martian global dust storm of 2018 is one of the most extensive on record, but all indications are it is finally coming to a close,” said MRO Project Scientist Rich Zurek at JPL. “MARCI images of the Opportunity site have shown no active dust storms for some time within 3,000 kilometers of the rover site.”

With skies gradually clearing,  the mission team are crossing their fingers that the rover will try to communicate, but they are also preparing for the worst. “If we do not hear back after 45 days, the team will be forced to conclude that the Sun-blocking dust and the Martian cold have conspired to cause some type of fault from which the rover will more than likely not recover,” said Callas. “At that point our active phase of reaching out to Opportunity will be at an end. However, in the unlikely chance that there is a large amount of dust sitting on the solar arrays that is blocking the Sun’s energy, we will continue passive listening efforts for several months.”

It may even be that sudden gusts of wind or dust devils could clear anything obsuring the solar panels as this has been observed in the past when power levels have inexplicably increased overnight. These events have even been filmed by the rovers.

On recent summer afternoons on Mars, navigation cameras aboard NASA’s Curiosity Mars rover observed several whirlwinds carrying Martian dust across Gale Crater. Dust devils result from sunshine warming the ground, prompting convective rising of air. All the dust devils were seen in a southward direction from the rover. Timing is accelerated and contrast has been modified to make frame-to-frame changes easier to see.

The team remain optimistic as the rover that was only supposed to last 90 days has now survived 14 years. Over the years, the ingenuity of the mission team has helped it through many problems and challenges.

“In a situation like this you hope for the best but plan for all eventualities,” said Callas. “We are pulling for our tenacious rover to pull her feet from the fire one more time. And if she does, we will be there to hear her.”

We certainly hope that the tenacious rover will pull through its latest crisis.

These objects are fascinating as they cover that fuzzy area between a planet and a star. This new discovery, amusingly named SIMP J01365663+0933473 floats around on its own about 20 light years away from our Solar system. Its about 12 times bigger than our largest planet Jupiter and has a magnetic field 200 time more powerful. Where and how it originated is open to speculation as we don’t know whether it was born in situ or was thrown out of a solar system due to the types of gravitational shenanigens that young planetary systems are wont to do. 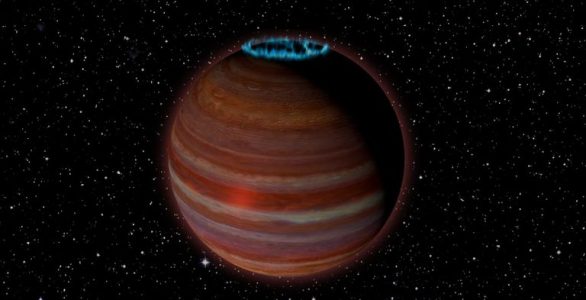 “This object is right at the boundary between a planet and a brown dwarf, or ‘failed star,’ and is giving us some surprises,” said Melodie Kao, who led a recent study while a graduate student at Caltech.“This particular object is exciting because studying its magnetic dynamo mechanisms can give us new insights on how the same type of mechanisms can operate in extrasolar planets — planets beyond our solar system. We think these mechanisms can work not only in brown dwarfs, but also in both gas giant and terrestrial planets.”

The observed magnetic field “presents huge challenges to our understanding of the dynamo mechanism that produces the magnetic fields in brown dwarfs and exoplanets and helps drive the auroras we see,” said Gregg Hallinan, of Caltech. “Detecting SIMP J01365663+0933473 with the VLA through its auroral radio emission also means that we may have a new way of detecting exoplanets, including the elusive rogue ones not orbiting a parent star.”

There are doubtless huge numbers of such wandering planets throughout the galaxy, but as they are comparatively small and dim, we’re lucky to find one. How do they get lost though?

It may be that an as yet undetected companion that may be driving its auroral activity, hopefully its near proximity to us will shed more light into its mysteries.

JUPITER NOT SO DRY AFTER ALL

The Galileo probe was sacrificed on Dec. 7, 1995,by having it fly into the giant planet’s atmosphere and being destroyed by its massive gravitational field. What was puzzling at the time was the lack of water. Jupiter lies at what is known as the ‘frost line’ in the Solar system, as in icy moons etc, so not to find any was baffling to say the least. The theory was that the probe had simply fallen into a Jovian ‘desert’ of some kind, which we’re well aware sounds lame.  So scroll forward to NASA’s new Juno mission with its more advanced technology and we have new answers to this conundrum.

This animation takes the viewer on a simulated flight into, and then out of, Jupiter’s upper atmosphere at the location of the Great Red Spot. It was created by combining an image from the JunoCam imager on NASA’s Juno spacecraft with a computer-generated animation. The perspective begins about 2,000 miles (3,000 kilometers) above the cloud tops of the planet’s southern hemisphere. The bar at far left indicates altitude during the quick descent; a second gauge next to that depicts the dramatic increase in temperature that occurs as the perspective dives deeper down. The clouds turn crimson as the perspective passes through the Great Red Spot. Finally, the view ascends out of the spot.

“By formulating and analyzing data obtained using ground-based telescopes, our team has detected the chemical signatures of water deep beneath the surface of Jupiter’s Great Red Spot,” said Máté Ádámkovics, an assistant professor in the Clemson University College of Science’s department of physics and astronomy. “Jupiter is a gas giant that contains more than twice the mass of all of our other planets combined. And though 99 percent of Jupiter’s atmosphere is composed of hydrogen and helium, even solar fractions of water on a planet this massive would add up to a lot of water – many times more water than we have here on Earth.”

“The discovery of water on Jupiter using our technique is important in many ways. Our current study focused on the red spot, but future projects will be able to estimate how much water exists on the entire planet,” Ádámkovics said. “Water may play a critical role in Jupiter’s dynamic weather patterns, so this will help advance our understanding of what makes the planet’s atmosphere so turbulent. And, finally, where there’s the potential for liquid water, the possibility of life cannot be completely ruled out. So, though it appears very unlikely, life on Jupiter is not beyond the range of our imaginations.”

Gordon L. Bjoraker, an astrophysicist at NASA’s Goddard Space Flight Center in Greenbelt, Maryland, reported in a recent paper in the Astronomical Journal that he and his team have also brought the Jovian research community closer to the answer using ground based techniques based on the infrared part of the spectrum.

“The moons that orbit Jupiter are mostly water ice, so the whole neighborhood has plenty of water,” said Bjoraker. “Why wouldn’t the planet — which is this huge gravity well, where everything falls into it — be water rich, too? If you see that the strength of methane lines vary from inside to outside of the Great Red Spot, it’s not because there’s more methane here than there, it’s because there are thicker, deep clouds that are blocking the radiation in the Great Red Spot.”

Knowing just how much water is present will help us find out more about the origin of the Solar system and the Juno spacecraft is a key to our next discoveries.