By now, we are used to seeing Keepstars pop up from major alliances, with The Imperium alone having 8 in Delve now. Three have died so far, with the CO2 one in M-O being the most memorable fight (If only for the tidi) and the only fitted one to explode. An NETC keepstar, dropped by RocketX died as it anchored, and the first one to die also died while anchoring.

At around 1845 UTC on June 16 however, a lowsec Keepstar will come out of anchoring into the 15-minute vulnerability. The Keepstar is owned by The Vomit Comets, in the No Handlebars alliance.

The Vomit Comets were previously a Galmil corporation, who have said they have no particular aim for the Keepstar and are just looking for fun whether it onlines or not. Their alliance, No Handlebars, were in the feeder rounds for the AT last weekend.

INN Streamer and Imperium Incursion squad leader Joe Barbarian is on site streaming over on INN Twitch, and one of photographers Rose Knightley will be down on location to provide pictures of whatever happens.

With 1 minute to go on the anchoring timer,  there are 883 in local, with Goonswarm, CO2, LUMPY, The Culture, MC, Horde and Out of Sight among those present. Proteus seem to be the ship of choice, although Out of Sight have a Gila fleet.

1851: Attack is underway, 1094 in local, tidi is in effect. No Handlebars have just dropped some caps onto the field, with FAX and carriers. Shadow Cartel have just arrived on grid as well, and seem to be defending.

1855: Fighters are being launched at the Imperium logi ships, the timer is still paused. Out of Sight are engaging one of the T3 fleets.

1900: Tidi is at 27%, 1400 in local. At present everyone is focusing on shooting the Imperium fleet instead of the keepstar, but enough DPS is being applied to keep the timer paused.

1910: Skirmishes are continuing around the Keepstar, TEST are spamming local with ASCII, TiDi is heading towards 10%, and local has hit 1700. NC have just dropped Titans on field.

1912: NCdot are defending, and the Titans are currently tethered at the Keepstar.

1920: Timer still paused, Titans still just lurking in tether, 1975 in local. MC have a T3 fleet that has just tethered up.

1930: Local is over 2000, timer still paused, tidi is at 18%. Titans are still tethered (along with most of the defenders), and Horde have arrived in system judging by the chat in local.

1935: 2200 in local. ASCII wars have broken out, with Imperium, Horde and TEST all competing with each other. As with all tidi fights, this is one of the faster moving parts of the fights. Structure is at around 75%. We could be here some time.

1940: Citadel is repairing, pausing, repairing, pausing. The timer is down to 12m 30s. Moomin Amatin has joined Joe Barbarian on stream to help explain what is going on. NC Titans seem to be making a move. T3 fleets are skirmishing just off the Keepstar, while the Titans are warping around the Keepstar to new positions.

1945: Adashboard local report. Goons seem to have moved their T3 fleet out of range.  Moomin has now got volume on the stream!

1955: Discussion on the stream is about why NCdot have decided to defend a lowsec Keepstar with Titans.  Citadel is approximately 65%.  CVA are on fleet with Cerberus, the defenders are sending fighters at them. Local has dropped down to 1950.

2000: Joe has a pretty colour-coded ball round the Keepstar on his stream. 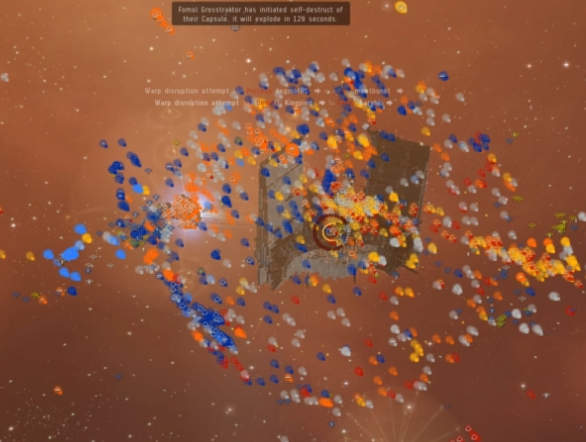 A Pacifier has died in the system. 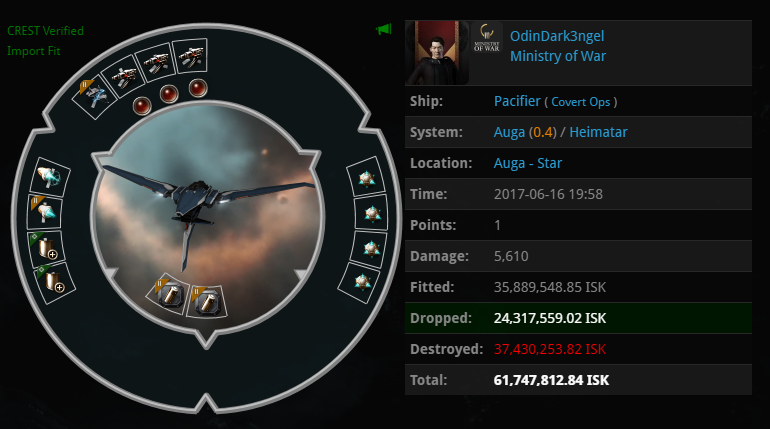 2015: The low amount of Tidi with the number of pilots in local is impressive. Titans still sitting in tether.

2025: Time for mid Tidi snack, which of course means, while I am away eating, everything will happen at once.

2040: Back from snacking, Keepstar is repairing, at 6m on timer.

2042: 4m16s on timer, repairing. Keepstar is at 38%. The attackers keep warping off, and this is causing the DPS to drop below the floor required to keep the timer paused.

2045: One of the titans has untethered to use a weapon.  The fighting is not evenly distributed around the keepstar, the defenders are clustered on one side at present, with the attackers on the other. Updated Adashboard.

2100: The Keepstar is pausing and unpausing, so it is going to be close whether it lives or dies.

2105: Still paused, local at 1755, Tidi approaching 10% again. Defenders are moving in a conga line across the citadel.

2115: Defenders are still clustered heavily on one side of the citadel, with the attackers more evenly distributed. Local has spiked to 1910. Citadel still paused. 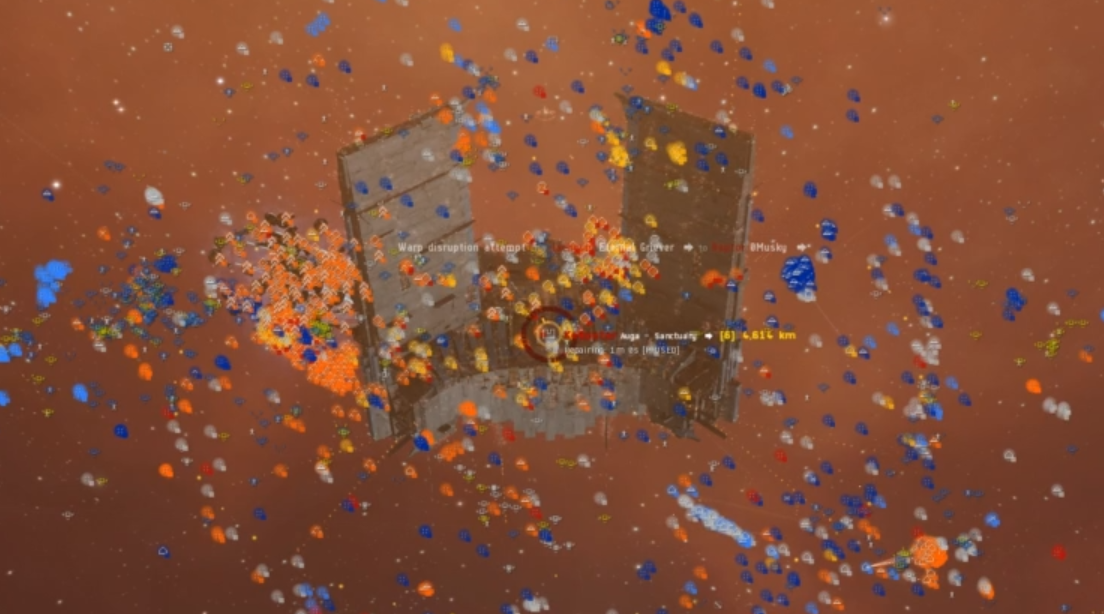 2118: Apparently Moomin is having a biscuit dilemma about whether to go and get Hobnobs to go with his hot chocolate. Local is at 1882, but there are rumours of fleets rushing from across New Eden to push this fight one way or the other.

On the field, Pandemic Horde have a Hurricane fleet that seems to be losing some numbers, the NCdot Titans are docking and undocking to reposition. Zkill shows the fight as looking like this so far.

2120: NCdot have warped their around half Titans across to the opposite side of the citadel. Structure is at 18%.

2126: Structure at 16%, NCdot Titans are now clustered in a ball. Local at 1892. More Titans are moving into the NCdot ball, a possible extraction may be underway.

2130: Keepstar still paused, Project Mayhem are attacking the Keepstar with their T3 fleet. Moomin is going to go and get Hobnobs probably. 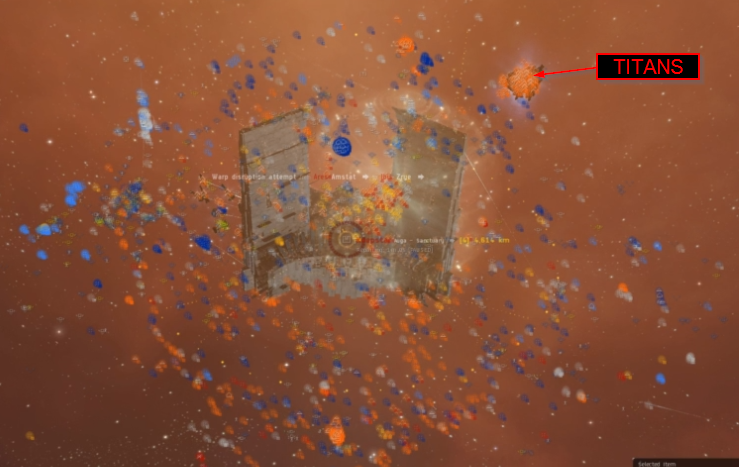 2135: 2120 in local. Citadel is at 11%. Over on the official Evathon twitch, our own Gommel Nox is taking part in the marathon stream, and has been streaming the fight as part of it.

It is unsure why NCdot have brought Titans to the defense without using them. So far they have just tethered and warped around a lot.

2143: 2200 in local, everyone is coming in for the kill now it seems. Citadel is at around 6%. The positioning of the defenders during this citadel fight has been what has allowed the attackers to keep the fight going. The timer pausing and unpausing so much it has made for a very tense tidi fight. The DPS floor has been barely reached for much of the fight. The Keepstar fights before have been a foregone conclusion fairly fast, and it has just been a matter of waiting out tidi.

2149: The cause of much of the discussion during this very long fight has been why exactly NCdot came with the titans, when subcaps may have been more effective as defense ships.

2154: Keepstar exploding in progress. Joe and Shandragan are discussing Sparta.

2156: Shandragan is singing Danny Boy as the Keepstar goes down.

2158: Keepstar down, and killmail is up. Titans still on field. 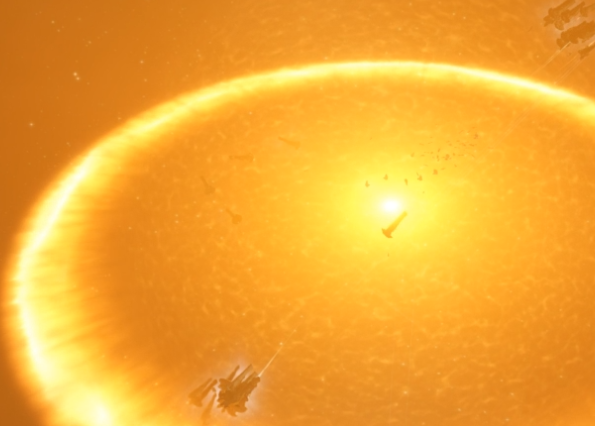 2203: The skirmishing is continuing, and the Titans are now mostly clustered in 2 locations, but it does not seem as if anyone is engaging them.

This was one of the strangest fights for a while. It should have been a win for the defenders with the numbers they had, and at times they were able to force the attackers to warp off, causing the repair timer to count down. NCdot bringing in Titans so early indicates perhaps they expected a short fight, and to dock up soon after jumping in, but they ended up sitting in tether for several hours and not using the titans at all. Initially, I thought that it was going to be a quick destruction initially, then once the timer ended up at 1 minute with the DPS floor barely met, it seemed it would survive. Then the defenders seemed to lose motivation and gave up.

UPDATE: The battle report for the fight can be found here. There is also a post on Reddit from a Vomit Comet member, Big Lynx, saying that he donated the Keepstar.  The loss of the Keepstar is unlikely to have made a dent in his wallet, as he is a well-known contract trader, and was one of the few people to get a Stratios Emergency Responder from Somer Blink (which he resold to a collector shortly afterwards). In the Reddit post he hints at a possible second Keepstar launching.