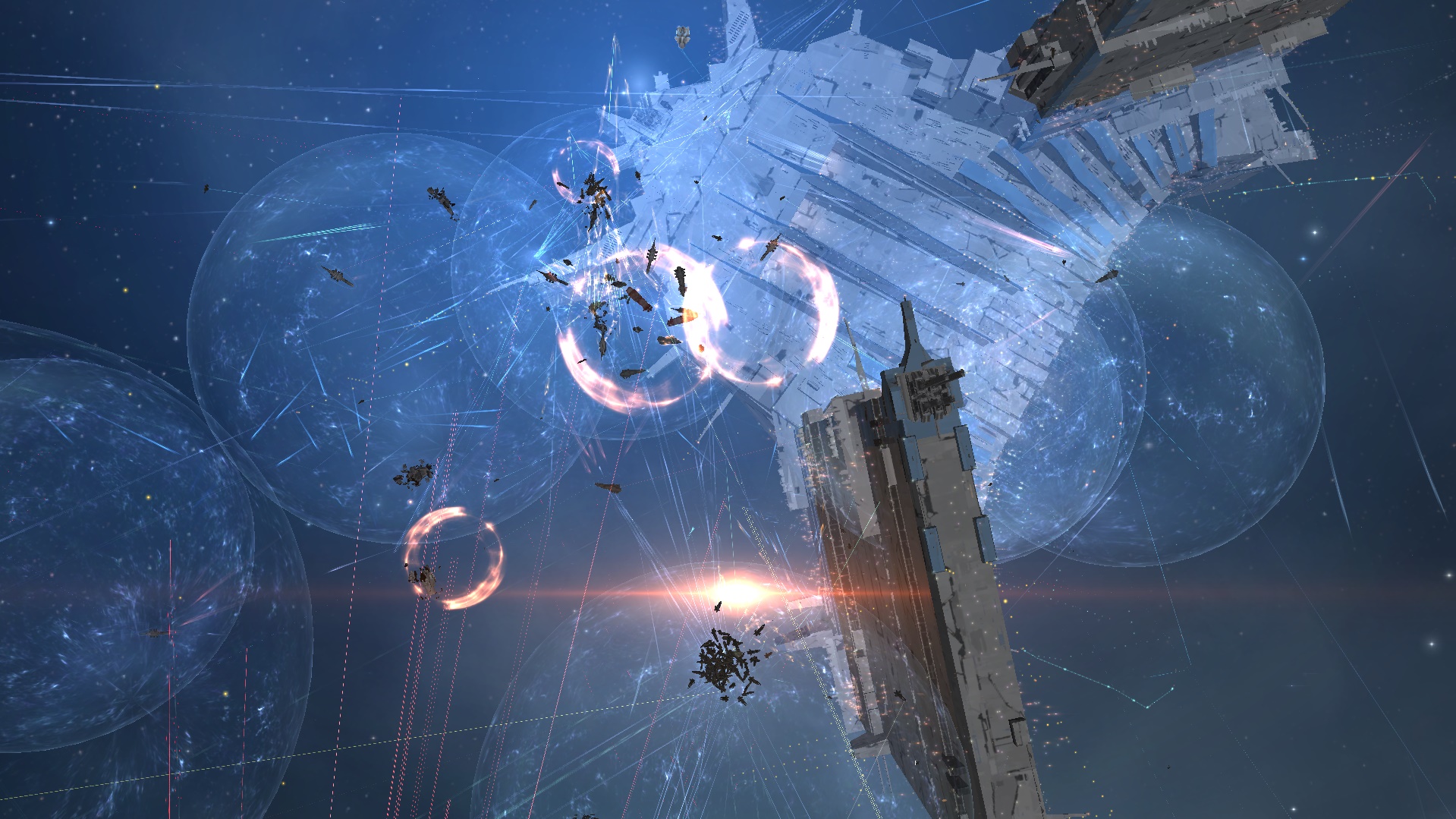 At 1843 on 4 December, the armor timer on the M-OEE8 Keepstar came up, after yesterdays successful attack on the shield.

As the timer approached, both Aunenen and M-OEE8 filled up, with 2500 in M-O alone.

CO2 brought a Machariel fleet for defense, supported by TEST in Nightmares.

As the timer approached, supers were jumped into the system, and long-range fighter bombers were readied for deployment in the attack.

PH were also deploying a sizeable fleet, and at least 2 Imperium Fleets are inbound, so this is shaping up to be a battle of epic proportions. 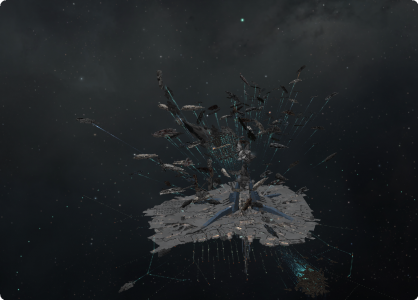 We will update this with news as this story develops.

with 10.5 minutes left on the repair cycle, the attack has yet to begin in earnest

The timer is paused with 4m9s remaining, meaning the DPS floor has been reached. There was concern that the timer might not be able to be paused as it counts down in real time, even during TiDi

First bomb wave hits, fighting is now beginning between the fleets, with Machariels engaging the PL typhoon fleet, whilst GSF are present with a Cerberus fleet, and Darkness have arrived in Bifrosts and Machariels.

XiX have also arrived on grid 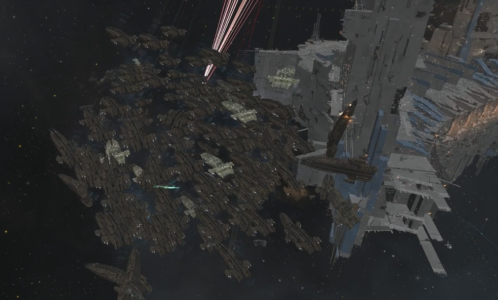 Armor is at 94%, with TiDi meaning this is shaping up to be a longer fight than the usual 24 minutes we have seen for previous citadel attacks. XiX are taking losses in their mach fleet

The Citadel has launched a guided bomb, meaning concerns about the modules being offline were unfounded

Point Defense Battery has been activated, the armor is at 88%, so everyone is settling in for a long night.  There are reports of connectivity problems, raising concerns about whether the node will be able to stay up.

Armor is at around 85% after an hour, with continuing reports of disconnects and problems re-logging. NC. are on field with a Nyx and Aeon fleet, and everything is moving painfully slowly due to tidi. Guided Bombs are moving across the field slowly and inexorably towards their targets.

Continuing connection problems, with reports of loading into the client to find the keepstar is not on their screens.

The doomsday has finally fired, hitting some of the Pandemic Legion Typhoons 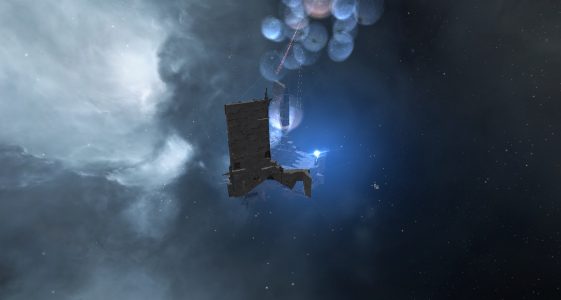 There are rumours that an XiX FC was hit by the Doomsday from the Keepstar when it fired into the ball of PL and allies.  Due to the mechanism of the Doomsday, it hits the first target, then jumps to other ships based on mass.

Horde fleet appears to be down, after getting bombed.  It is rumoured that their FC told them just before the bombs landed that the bombs wouldnt kill them. 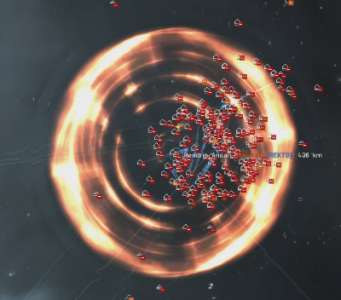 Tidi continues, Boat is reported to be doing laundry, it is unclear if this will affect his bombing runs.

Tiberius Stargazer of NC. has been passing the time during TiDi by making a chicken pie from scratch, including pastry while using his super in M-O.  PL are passing the time by watching fleet members stream Final Fantasy, while Dirk Macgirk is considering setting up his Christmas tree and making pasta and meatballs.  This is from a MacGirk secret recipe that he was not able to share with Imperium News

Tiberius’ pies are now out of the oven 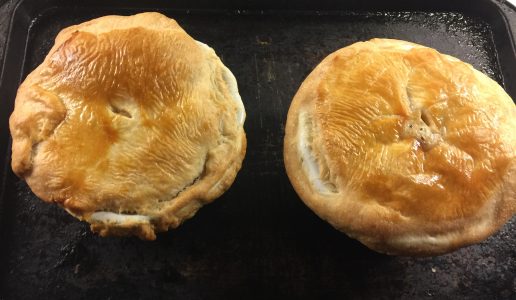 In Keepstar related news, Darkness dreads have cynoed into the Keepstar at 0, for reasons that are unknown. This of course, puts them in range of the doomsday.  There is also a brave soul on field with an MTU, attempting to hoover up wreckage and loot. Problems also continue with the node, with one individual docking his nightmare, only to find it ejected outside of the keepstar, with him inside in his pod.

The armor is at around 40%, so 2 hours to go, approximately 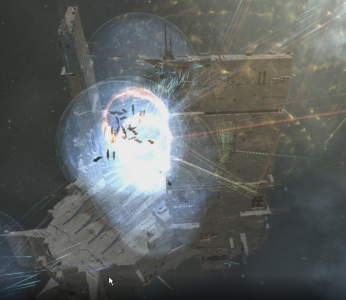 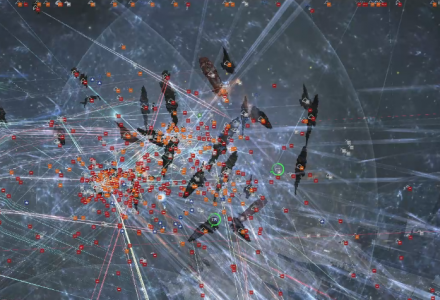 Doomsday has been fired into the dreads 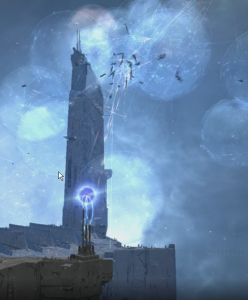 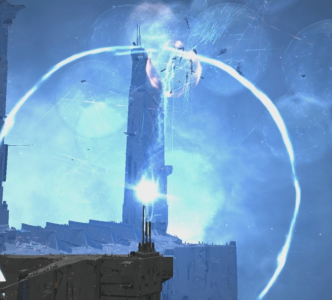 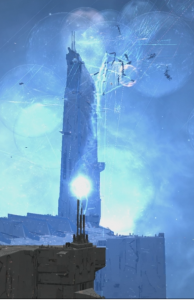 Daopa has been streaming the entire fight on Twitch, and there is a clip of the DD here from Hazzel1337

The defenders are withdrawing, and Tidi is dropping. The armor is at 6% now, with tidi at 26% as there are only 1850 in system.

We will leave you with some screenshots provided by Modern Inferno and Zebediah Washington of Northern Crux LLC, and a quote from TESTs Sapporo Jones, which sums up the evening.

it’s the kind of spectacle we live in nullsec to participate in, 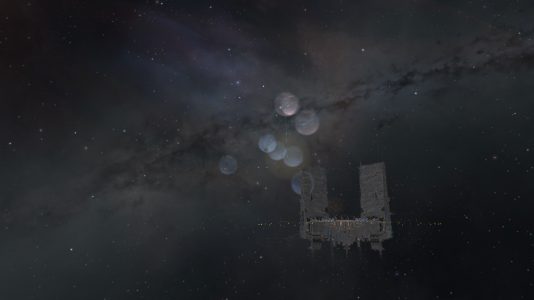 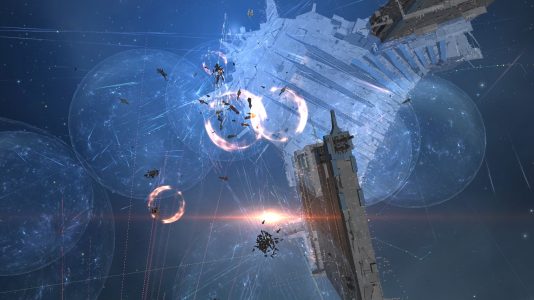