The Imperium in Atlas Reactor: For Fun and Profit 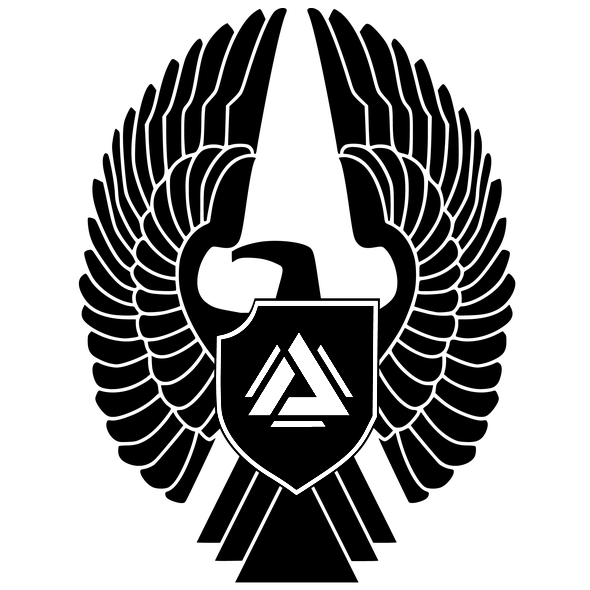 It’s no lie that I’m a big Atlas Reactor fan. Several articles and dozens of Twitch streams are testament to the fact that I have fallen for this game, and fallen hard. After that first match in late alpha, I realized that success was not only derived from playing mind games with one’s opponent. Anticipating their actions while simultaneously carrying out unpredictable, coordinated attacks with my three teammates—I knew that this would be the type of game that would attract similar minds in The Imperium.

Atlas Reactor is an insane hero shooter-death match hybrid between Frozen Synapse and Overwatch, with a dash of speed chess thrown in for flavor. It’s the perfect game to play while carrier ratting, Rorqual mining, recruitment scamming, or whatever it is people in Eve do to make their space cash these days.

One of the first articles I wrote about the game was about how much of an effort the developers at Trion were making to connect with their player base, most notably by backing the player-created competitive league called the Prep Phase League. Trion contributed publicity, the prize purse, the opportunity to play against an all-developer team, and earn exclusive in game items. Now in its third season, the Prep Phase League has both open and institutional leagues. There are weekly events for Free Agents who register as well.

I was fortunate enough to be a part of Team Cookie-Cutter during Prep Phase’s first season. While the team definitely had our moments of extreme excellence and total idiocy, I knew that what I really wanted to create an Atlas Reactor team for The Imperium.

I managed to get several projects, such as the TwitchCon presentation and the 7 Days To Die server, completed. The time is right to start recruiting an Atlas Reactor team. We have a squad for both EU and NA competition as Prep Phase has league matches for both regions. The Electronic Sports League has also embraced the game, with its own Go4Atlas Cup for each region.

What Is Atlas Reactor?

Atlas Reactor is a game in which you control one of a team of four freelancers, moving through an arena trying to kill the members of another team of four freelancers. While the game is turn-based, the action moves at a rapid pace with a time-restricted decision phase. The first team to rack up five kills first, or the team with the most kills at the end of 20 rounds wins. At the beginning of each round, players have 20 seconds to decide what to do and where to move. After the 20 second decision phase, the actions that each player locked in resolve in three phases.

The prep phase happens first, starting with healing and shielding actions, buffs and debuffs, then traps such as tripwires, intended to hurt players that had decided earlier to move across them. The dash phase consists of movement-based actions and they all happen at the same time, so even if characters happen to cross the same square, two players that lock in a dash action cannot affect each other. Finally, the blast phase is where the swords are swung, the guns are fired, and the damage is dealt..  It’s important to note that even if a player is dealt fatal damage, their action is still performed before death.

The game does get a bit more nuanced, with various status effects and the ability to apply different modifications to the each of the freelancers five abilities, but these are game mechanics that many players tend to grasp within a few matches, especially when playing with friends. 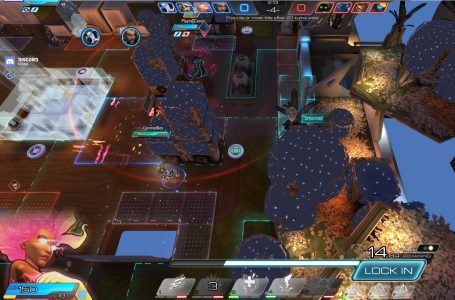 It’s Even Got Discord Integration!

Join The Imperium in Victory

After the successful Eve Online tournament that I had the privilege of commentating, I want to follow up The Imperium’s presence in competitive video games. If you think this game is as fun as I do and want to get in on the ground floor of its competitive scene, shoot me a message on our Discord server. Or just yell in the “atlas_reactor” chat room. Each squad will practice playing together three days a week, with weekly prearranged scrimmages against either the other squad or a squad from another team.

I am heading up the US squad, while Asher Blackwell runs the EU squad. We have both been testing the waters with recruitment. We tried out different players that we met and brought into the fold of The Imperium. But we still need more players. Specifically, we need YOU to help us mindfuck the competition in a fun, fast-paced strategy game. You don’t have to be competent, just willing to learn You don’t have to have a 100% attendance record for practices and league matches; just be enthusiastic. Greatness is something that will come naturally out of our desire to have fun, coupled with our superior organizational skills, and a little time playing an awesome video game together.

If you would like to give this a try, find me on The Imperium Discord under the username Gommel Nox. Drop me a line, and we’ll talk.

I'm a disabled gamer who streams here, on my own channel, and on the Able Gamers Foundation twitch channel; broadcasting the finest in Eve Online, Atlas Reactor, and Let's Plays of the latest and greatest titles!