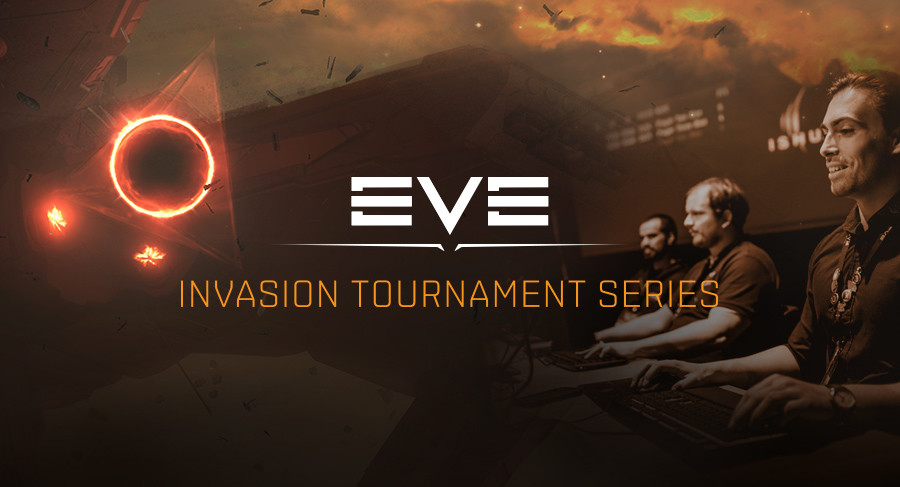 On March 1, CCP Dopamine published a dev-blog discussing 2019 tournament opportunities, as a follow up on the February 13 Alliance Tournament Update. This blog detailed the promised competitive PvP options available at CCP’s supported Tour events, as well as the “sick prizes” players will receive for going far at each event. The events hosting an Invasion Tournament are Amsterdam, St. Petersburg, Sydney, Toronto, Berlin, Las Vegas, and London. These Tournaments will then be followed up by a Grand Finale hosted in Reykjavik during Fanfest 2020, starring the top teams from each World Tour event.

In the dev-blog, CCP Dopamine announced that at each ticketed World Tour event, there would be a small-scale competition for select attendees. Each event will host a single-elimination unseeded match series, with significant prizes for the top three teams. Each tournament will follow the same application structure and information release timelines, and it is likely that the basic ruleset will not vary significantly between each event.

The timeline is that three weeks before each event begins, a signup form will be available, as well as ruleset publication and a forum thread for pilots without wingmen to find a teammate. Signups will close seventy-two hours before your meet of choice begins, and forty-eight hours before it opens CCP will publicise the participating teams, the match brackets and rough time schedule, and the available ship fittings for the specific match series.

CCP are also bring some AT influence to non-participants, as each particular series will have a challonge.com bracket tool and prediction capabilities. This is intended to allow any pilots not in physical attendance but watching various streams to feel as if they are a part of the action and support their friends.

While every match series will have a semi-custom ruleset to prevent a single obvious meta from forming early on in the World Tour, some basic rules should be a constant presence for participants. Obviously, CCP can and does reserve the right to spin everything on its head at any point for whatever reason – the best pilots will be able to adapt to this, as it will almost certainly happen.

Each tournament will be a series of 2 vs. 2 matches, with early round players choosing from a selection of pre-fit ships on CCP-created accounts in each match. The matches will be time-limited, and participating teams will, according to the Evesterdam ruleset, have one larger and one smaller ship (presumably based on hull class). Each ship will be afforded a points cost, with a team running a two-point value ship and a one-point value ship. The points values will be used in a situation of match timeouts to ascertain the winning team. These pre-selected ships and fits may not be modified by participants, nor can entrants make use of any implants or booster drugs.

Regarding bans, at the end of every stage of a series (the end of the bracketed matches, and after quarter- and semi-finals) referees will remove a specific hull from the available pool of ships, as a secondary input to prevent an obvious tournament meta from forming. An interesting twist to the finals is that teams will have ten minutes to fit their ships to their liking from within the pool of remaining pre-selected hulls, in a move that will add some need for forethought to the proceedings.

While it is unclear whether each match will be streamed live, recorded and uploaded, or simply viewable on-location remains to be seen, it is likely that any former Alliance Tournament participants will be looking for every edge and attempt to do as much research as possible – wily players will keep their best strategies for later in the series!

The grand prize for the first-place teams is a trip to Reykjavik, Iceland, when the primary Fanfest event returns in 2020 – a “Grand Tournament” will be hosted to find the player meetup Grand Champions. All World Tour victors will receive flights, accommodation, Fanfest Ticket, and a reasonable allowance for food in 2020; please note that any entrant must agree to be available for Fanfest in April, and teams where neither member can travel for that will be replaced before then.

In addition to this first-place prize, the top three teams in each series will receive 5000 PLEX per player, to be distributed within three weeks of the tournament closure. CCP make no mention of any participation prizes for teams, though this writer feels it is likely there will be some consolation SKINs given out as part of the process.

Mentioned earlier was a prediction tool for budding pundits. Each event has an associated Challonge.com bracket list, with the ability for pilots to guess who will do well and make it to the top spot. Prizes are available for this too – CCP is providing a “goodie bag of event merchandise and digital codes” to the top three prediction sets for each event, with an additional two goodie bags distributed at random to other participants.

As I mentioned in my Alliance Tournament Introspective, community members Suitonia and Sothrasil have come forward with player-run tournament ideas – the Anger Games and the Guardian Games. I have since heard, as well, that Jin’taan is intending a second iteration of the StreamFleet Invitational, which I am also looking forward to watching again.

The good news for these community-based competitions is that CCP has set aside resources to support them over the course of the year, including Thunderdome server access and potential prize pool top-ups. Anyone looking to run a CCP-supported tournament this year should send an email to communityteam@ccpgames.com at least 90 days before their intended dates, detailing the planned dates and format/structure, along with the support that organisers expect to need from CCP.

Unfortunately, these Invasion Tournaments are small comfort for Alliance Tournament pilots trying to get to the very sharpest, high-pressure edge of EVE Online PvP. Previous AT players have discussed the overview and hotkey restrictions with a certain disdain, as it’s unusual to be a part of a successful AT team using default hotkeys and overview setups. On top of this, the only competitive play built from the ground up by CCP being an offline event can be frustrating, especially for players who are not able to attend any of the World Tour events. With that said, it’s obvious CCP are trying to keep the tournament scene alive, especially with their dedication to support community concepts with Thunderdome support and other incentives.

Ultimately, I’m willing to give CCP the benefit of the doubt regarding their live tournaments, at least until after I see how it works in Amsterdam – I have submitted a team for this first iteration, and I’m looking forward to it for now. As for the promised community support, I sincerely hope we can see two, three, or even four successful community-based tournaments in the next 12 months or so, but equally CCP has to use these experiences to learn from and create a stronger Alliance Tournament in 2020 – this cannot be a simple gesture. We’re still waiting for you to reach out to us, CCP!