You shall not pass: TEST Christmas Roam Provokes Supercapital Response

At 21:00 EVE Time on December 23, a TEST Alliance Christmas roam met its end at the hands of the Imperium’s hastily summoned super capital fleet. The damage is estimated to be around 87 billion ISK, about half of which was amassed by lost dreadnoughts, which insure very well. TEST’s fleet of around 20 ordinary capitals and 100 assorted subcapitals was caught in the system of GYA6-L by an Imperium interceptor fleet, well before they could inflict any damage to the denizens of Delve, many of whom were enjoying the naturally quiet time around Christmas.

As usual, however, the Imperium’s supercapital fleet was ready and itching for a fight, for the last significant capital deployment saw the North shattered and no strategic targets in reach. When the ping went out, the Imperium responded. 102 titans and 65 supercapitals descended on the tackled TEST fleet, putting a swift end to their incursion into Imperium space. As they met their end, a few TEST pilots could be seen saluting the Goon response fleet and, even though the response was disproportionate, writing ‘good fights’ in local. 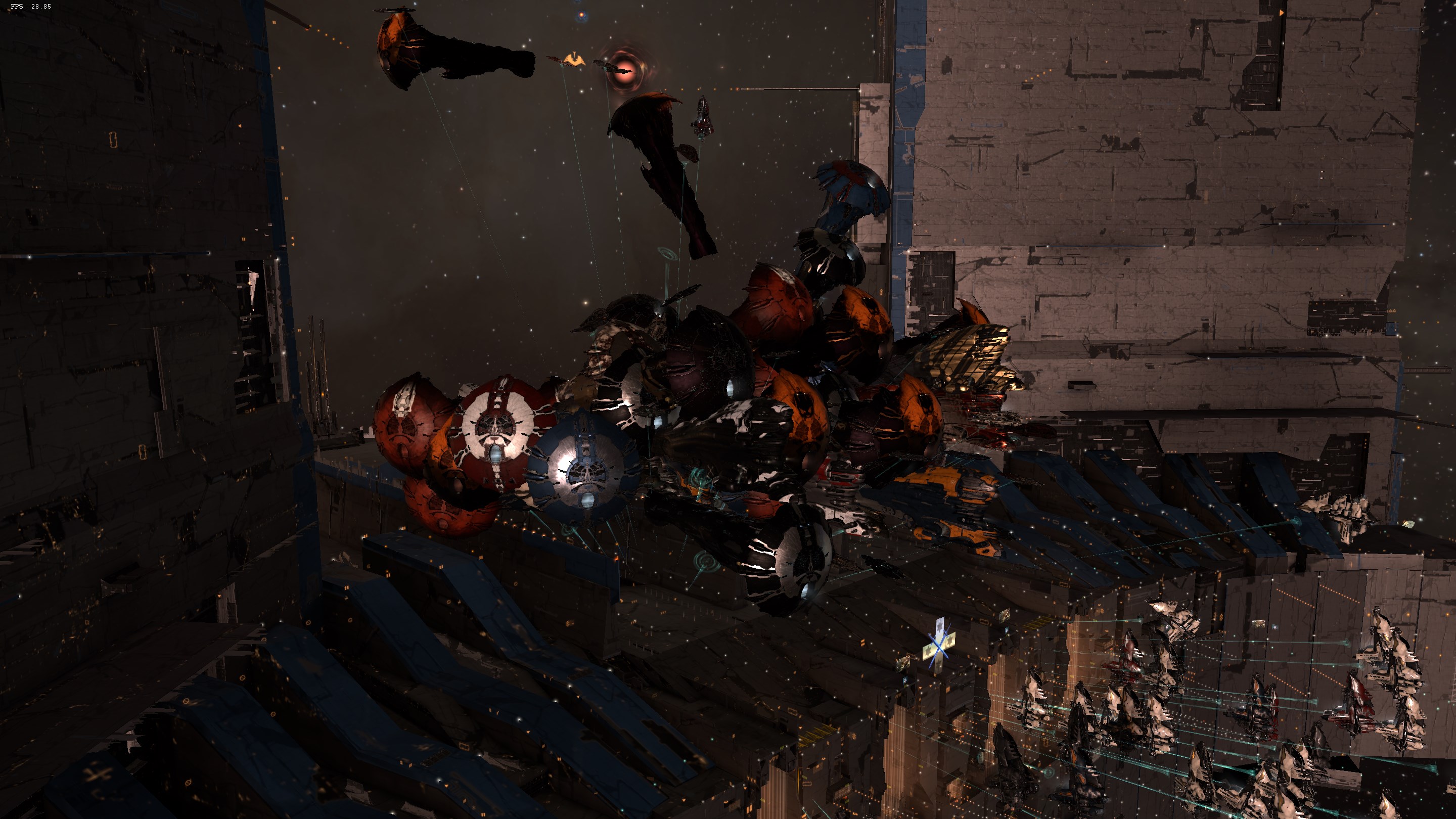 While the Imperium and the TEST-led Legacy coalition are on friendly terms and have won the latest campaign in Eve under the moniker of ‘Imperial Legacy’, they have decided to limit their cooperation to strategic goals and since reset standings to neutral to allow their pilots to shoot each other, while refraining from taking each others territory. While most fights arising from this arrangement are fair (as far as fights in EVE are ever fair), clearly exceptions are made when Delve is the target of such roams and no quarter is given.