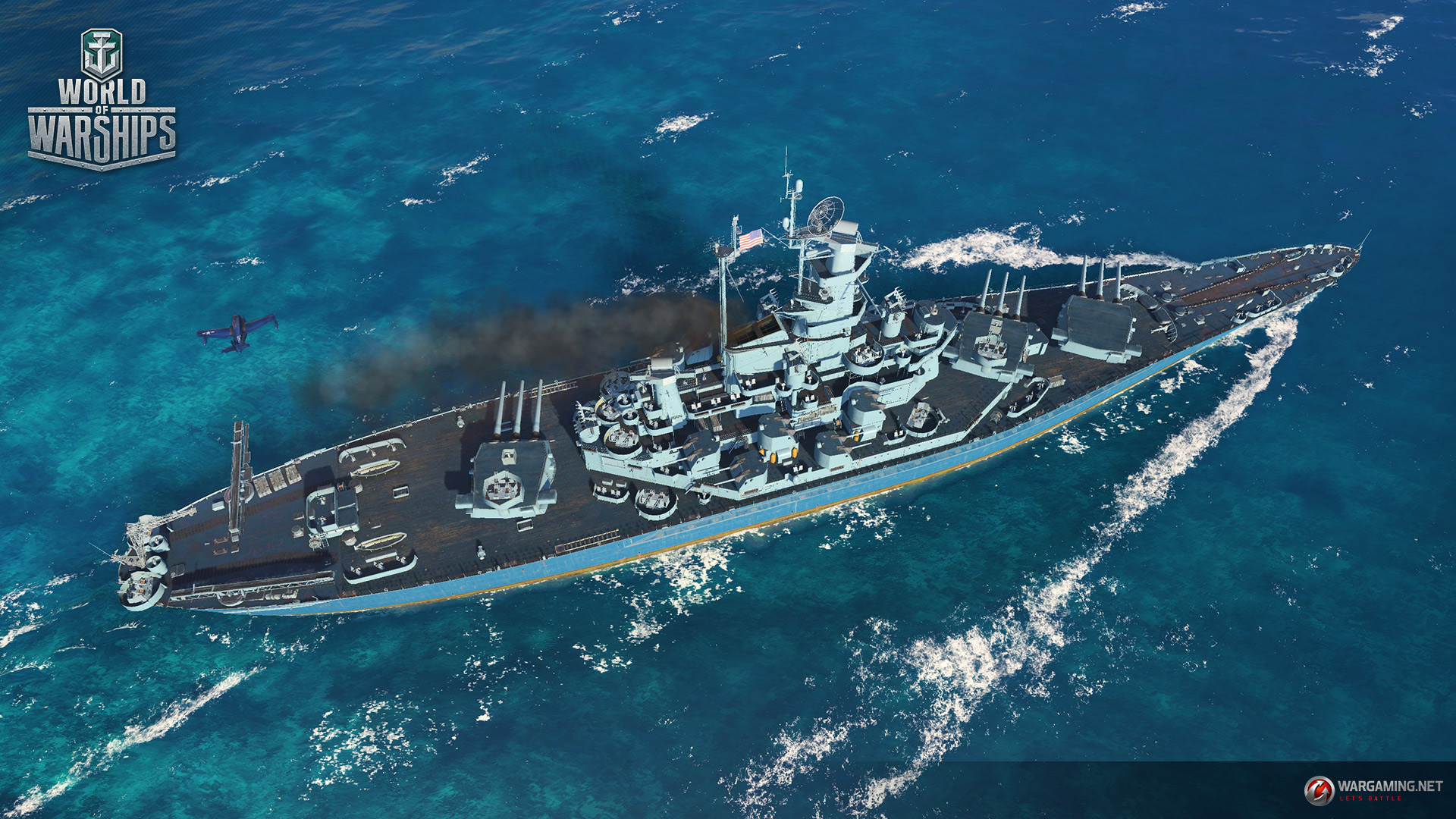 After a much anticipation and drama, the USS Alabama entered the fray in World of Warships at the very end of March. While her development was marred with a healthy dose of community outcry, first due to the intent to make the Alabama available to testers only and second relating to her armor layout. Both of these concerns were resolved and Alabama has joined the ranks of the United States Navy as the first Tier 8 premium battleship available. With a play style similar to the other high tier battleships of the USN, she makes a nice addition to the lineup of solid tech tree and premium battleships in the US line.

Alabama was one of the four South Dakota (1939) class battleships. Designed after the invocation of the London Naval Treaty’s escalator clause allowing for 16″ guns, the ships were better protected against 16” gunfire than the proceeding North Carolina Class on similar displacement. This was accomplished by making the South Dakotas shorter by 48 feet to reduce the internal volume protected by thick armor. The South Dakotas had .2” thicker main belts and an on-average half inch thicker armored deck. The armor also featured a greater degree of sloping on the belt to increase protection. The class fitted out with identical main guns to the North Carolina’s and boosted comparable secondary armament. Speed was similar, with the South Dakota’s being half a knot slower. The class saw service during the Second World War, seeing action from the Mediterranean to the South Pacific.

Alabama’s wartime service was similar to that of her sisters. Outside of her limited role in attempting to bait out Tirpitz in 1943, she spent most of the war in the Pacific. Used mostly as a heavy screening element for carriers, she saw action at Truk and the Marianas Islands. During the Marianas campaign, an accident occurred when one of her secondary mounts fired directly into another one, killing five of her crew. Alabama later returned to the Islands during the recapture of Guam. Her radar installation played a key role in what became known as the Marianas Turkey Shoot. She served as a member of Task Force 38 during the liberation of the Philippines. After the war, she was decommissioned in January of 1947. Afterwards, she became a museum ship in Mobile, Alabama where she was declared a National Historic Monument in 1986. She resides in Mobile Bay to this day, playing host to visitors from around the globe. 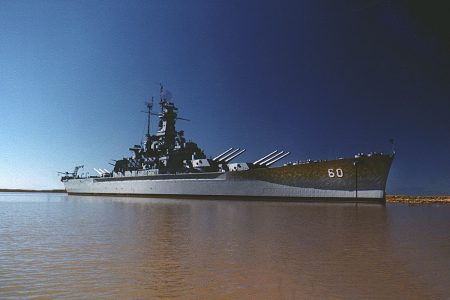 The stats of the Alabama are covered quite thoroughly in this review by LittleWhiteMouse. Rather than focus on the stats, I will highlight my experience with the Alabama in comparison to the other tier 8 premium battleship, Tirpitz. While Tirpitz is more of a brawler than Alabama, I find I enjoy the more midrange and bow-on fighting that Alabama prefers. Alabama’s armor protection is not as strong compared to Tirpitz; showing a clean unangled side to hostile battleships hurts a lot more. Alabama’s mobility provides more flexibility in positioning on the battlefield, which helps minimize the amount of time spent with an unangled side. I have found it much easier to dodge torpedos in the Alabama due to both the increased maneuverability and the smaller hull compared to the Tirpitz. The occasions when dodging is impossible also hurt less due to Alabama’s top tier torpedo defence system. Having the majority of her main guns placed forward rather than the even distribution of Tirpitz makes fighting bow-on feel better, in addition to the harder hitting nature of the 16” guns. Alabama’s shell velocity feels lower than that of Tirpitz, which results in more difficulty hitting fast moving targets at longer range. Despite the mentioned drawbacks, I have enjoyed driving the Alabama more than I have the Tirpitz. 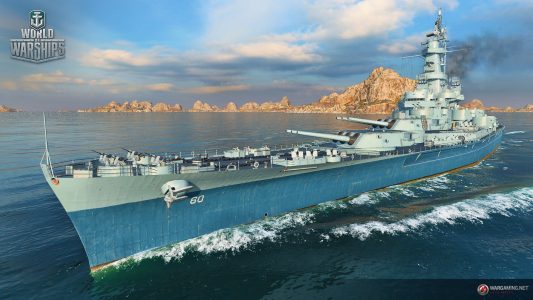 Overall I have quite enjoyed the games played in the Alabama. A quintessentially American battleship, Alabama brings a welcome mix of maneuverability and firepower to my slowly growing flotilla. Wargaming has also seen fit to deck her out in a fantastically done Measure 22 camouflage pattern, giving this Southern Belle quite the looks to go with her combat prowess. I would recommend Alabama to anyone who has a well trained USN Battleship captain and is in need of a credit maker. She also serves as a nice change of pace from non-USN battleships. Lastly, she is worth picking up for any collector of significant historical ships. Alabama remains on sale in the Wargaming Premium shop until April 14th, in both a pair of bundles and individually packaged.