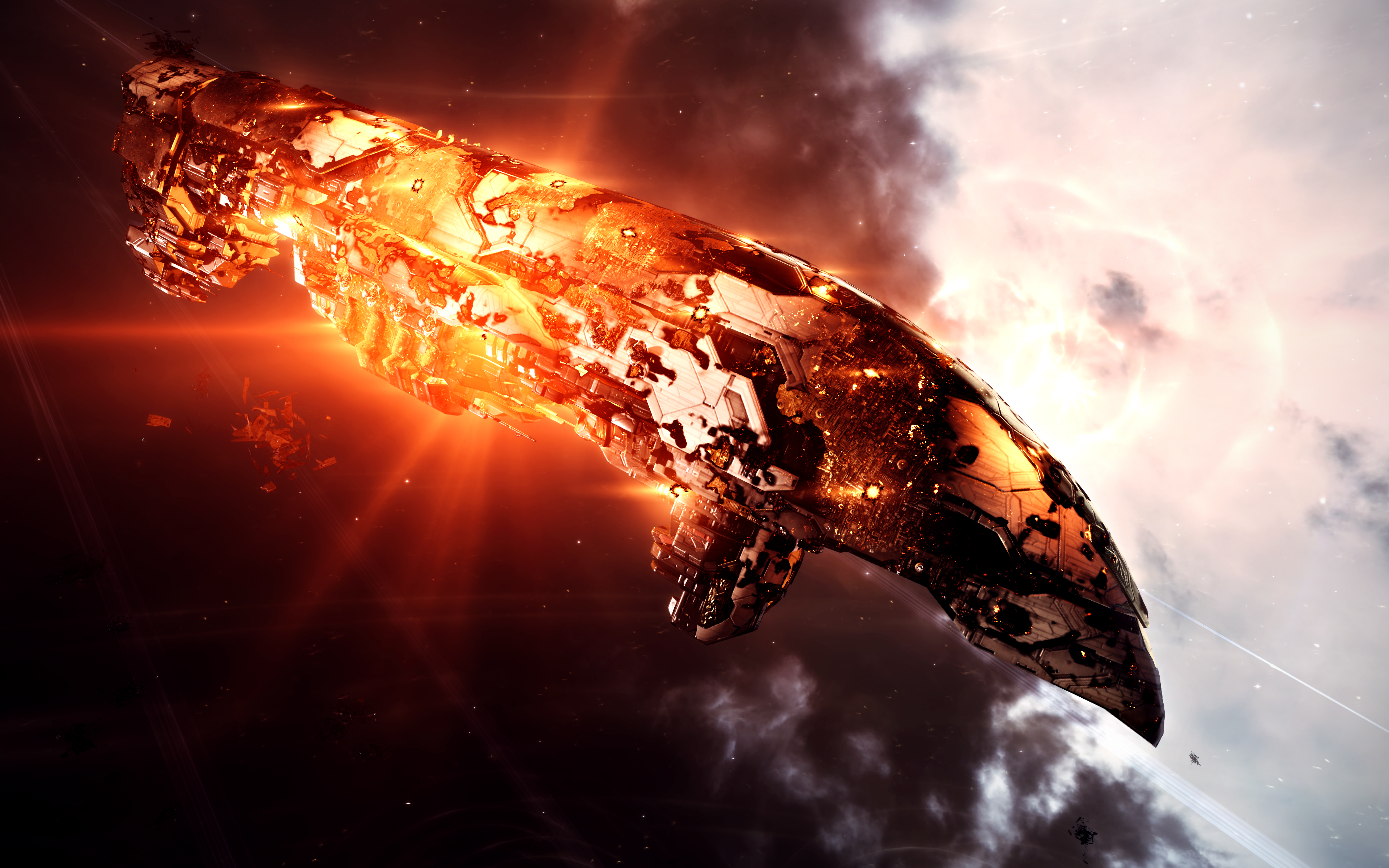 Incursions – also known as the highest income activity you can do in high sec – are team PvE fleets where pilots in very expensive ships shoot hard rats. It is basically considered risk-free, since the community has made running these sites into a science, with groups like Warp to Me (WTM) and The Valhalla Project (TVP)  developing strategies to leverage the expensive ships pilots are willing to bring to the table. However, if you run Incursion sites in the relative safety of highsec, you cannot use capital ships. This means that, however you modify your fit with best in slot items, you always thread a very fine line between hundreds of millions of ISK an hour income and total annihilation. Imperium member Kirra Tarren as made it their mission to tip the delicate balance towards annihilation – and succeeded. When TVP took out a fleet in the system of Kothe on Sunday before downtime, Kirra’s trap sprung. When they entered one of the coveted TCRC sites, which are the most dangerous yet efficient sites to run, Kirra uncloaked four battleships that they had previously painstakingly moved into the site and positioned around the warp-in beacons and started smart-bombing the ill-fated TVP fleet, destroying the logistics ships necessary to keep the rats focused on a tank and thus spreading the NPCs aggro and points over the entire fleet.

Now, keep in mind – this is a fleet that did not expect PvP but was focused on completing their PvE site as efficiently as possible. That means that many of the pilots warped into the site, just to find the tank on their very expensive ships that require ten to twenty hours of incursion running to replace, almost gone. In the ensuing panic, many ships warped off. Still, Kirra got a solid gank on nine of the ships, totalling 25 bn ISK destroyed at 800 m ISK lost to the CONCORD response. The highlight was a 10bn ISK killmail on a Vindicator. The loot totalled 6bn ISK, bringing in much more than Kirra invested in the ganking attempt.

We spoke to Kirra in order to find out their motivations and how they pulled off the gank.

Hello Kirra. How did you get the idea to gank highsec incursion runners?
I´ve been doing it for years. If you check the killboard of my alt Aerys Thunder it’s 90% incursion ganks, from smart-bombing like this to multi-boxing 4 Talos to kill them. I guess it started about two years ago, don’t know exactly when. I remember trying to run Incursions with some community myself. Grinded for an hour or two and made some ISK, no real special amount – but fuck the annoying comms and people in fleet were getting to me, along with the grinding. Then somebody died next to me. I looked in the wreck and saw like 2 billion ISK. Took it, warped off, never regretted it and have been finding ways to kill them ever since.

What is involved in setting up such a gank?
This was actually the third time I’ve tried to smartbomb-gank like this, so this went a lot smoother than the previous attempts and killed a lot more. First, I shipped all the Apocalypse battleships and their smartbomb fits to the system, nothing special. I pulled CONCORD so I got a few more seconds to get another smartbomb cycle off. Getting the ships inside the site was the hardest part. I did this in the True Creations Research Center site, the hardest of all incursion sites, dealing nearly 20k DPS at peak amount of rats. As you can see on the lossmails, each of my battleships has a cloak fit. What I did was warp them in one-by-one and try to cloak. But this was really tricky because CCP did weird stuff with the warp-in beacon in this site. Sometimes you land 3 km off of it and can cloak, and sometimes only 500 metres and you better get out with your micro-jumpdrive real quick or you die within seconds to the NPCs.

I’d say it took about 20 minutes to get the Apocs into the site, including repairing them back up from low structure after a failed cloak attempt. You need to move them away from the beacon while cloaked too, otherwise the other Apocs warping in will de-cloak the rest. And cloaked battleships don´t go very fast, and because they were cloaked, the incursion runners never even knew what was coming until it was too late.

So you looked at the system TVP had on farm, moved in your fleet to the site and then just waited for them to come to this site and anchor up?
Sort of yeah. Figure out where they are farming, which isn’t hard. And no, I would have my ships cloaked just outside the warp-in beacon. They sent in their “anchor” first, to take all the aggro so the logistics know who to repair. When the anchor landed, I de-cloaked all my battleships and approached the beacon. Something like 5 seconds after the anchor warps in, the rest of the fleet, dozens of logis and battleships all at once basically follow. – All landing from 500 metres to 3 kilometres from were my battleships were, well within smartbomb range. They didn’t get the chance to anchor up. Some of the scimitars, most of their logi, were dead within the first 10 seconds of entering the site.

Combine missing half of their logis with mass panic broadcasts from smartbomb damage, with the general panic in comms and they were doomed. They need all their logis in order to run this site, because Incursioners min-max their fleets and are not prepared for this. Losing one logi in a site like this is already dangerous. Losing three to four instantly, with the rest barely escaping in structure to be volleyed off by Sansha whenever they felt like it? They were doomed.

Fleet members started warping themselves off before the FC even called for it, some logi included, by the end of it there were about 2 basilisks left trying to hold up a few battleships who were tackled. Didn’t go well for anybody abandoned by the rest of their fleet. Not to say their FC didn’t make the right call, a mass warp-off was the only sensible choice. Too many logi dead, they were all going to die anyways if they stayed.

I havent looked at many of the killmails yet, but I assume you made a profit off of that, relative to the cost of the ships?
I did, got about 6 billion in loot. This cost me about 1.6 bil to set up.

With the site still active, how did you go about looting it?
Very slowly. I had a neutral alt in a Heron ready for it. I dropped a mobile tractor unit right after the gank, while their fleet was still there, drawing aggro. Looted what I could before I got tackled, ejected my cargo and had my mobile tractor unit scoop it. After that I had a few more Herons ready with T1 cloaks. I would warp them into the site and try to cloak them, so I could slow-boat towards the wrecks one by one at 30 m/s. As soon as I was within looting range I de-cloaked, pressed loot all and ejected the cargo for the MTU. I didn’t bother to warp out, the NPC were too fast.

Thank you for the interview. What remains is to congratulate for a gank well done.