Catherine was developed by Atlus and originally released for the PS3 and Xbox 360 in Japan and North America way back in 2011. Eight years later, Sega has released the game for Windows. The game is being re-released again with additional content in the newly titled, Catherine: Full Body, but has only seen a limited release until the Switch worldwide release later this year.

Catherine is a puzzle/storytelling game in which the story follows Vincent Brooks, the player character. Players find themselves in a series of supernatural nightmares where they must complete a climbing puzzle by moving blocks around and climbing up to freedom, and to escape and survive the night. If you die in the dream, you die in real life.

Along with Vincent, the story-line features Katherine – Vincent’s long time girlfriend – and a girl with whom he has a drunken one night stand, called Catherine. Vincent meets Catherine while drinking in the local bar before waking up in bed the next day. His inability to explain that he’s in a relationship means Catherine gets closer to Vincent and starts an affair. It’s down to you the player to decide how Vincent acts and responds to messages from both Katherine and Catherine, which shapes the ending of the story.

Joining Vincent in the bar each night are his friends and other patrons of the bar who come and go. Non-player characters all have something to say and a story to share, as well as opinions about love, romance and relationships. These conversations can help shape Vincent’s and the player’s views and actions in the game. The bar is an enjoyable place to watch and observe how each character slowly shifts over time.

The PC Version is the original 2011 edition, which is almost two generations past in terms of game design and storytelling. The game is challenging at times. Random effects, such as enemy behavior and environmental changes in what is at its core a puzzle game, are unlike most modern-day games. It is possible for players to put themselves in impossible-to-escape positions. With only a limited number of lives and retries, players can find themselves back at the loading screen a few times before dropping the difficulty down. It is never hard enough to force the player to walk away and quit, but it is challenging, as the game experiences prompt players to understand and build on past knowledge and skill-sets as they move on each of the puzzle stages. In the end, a door awaits, from which to escape the nightmare. 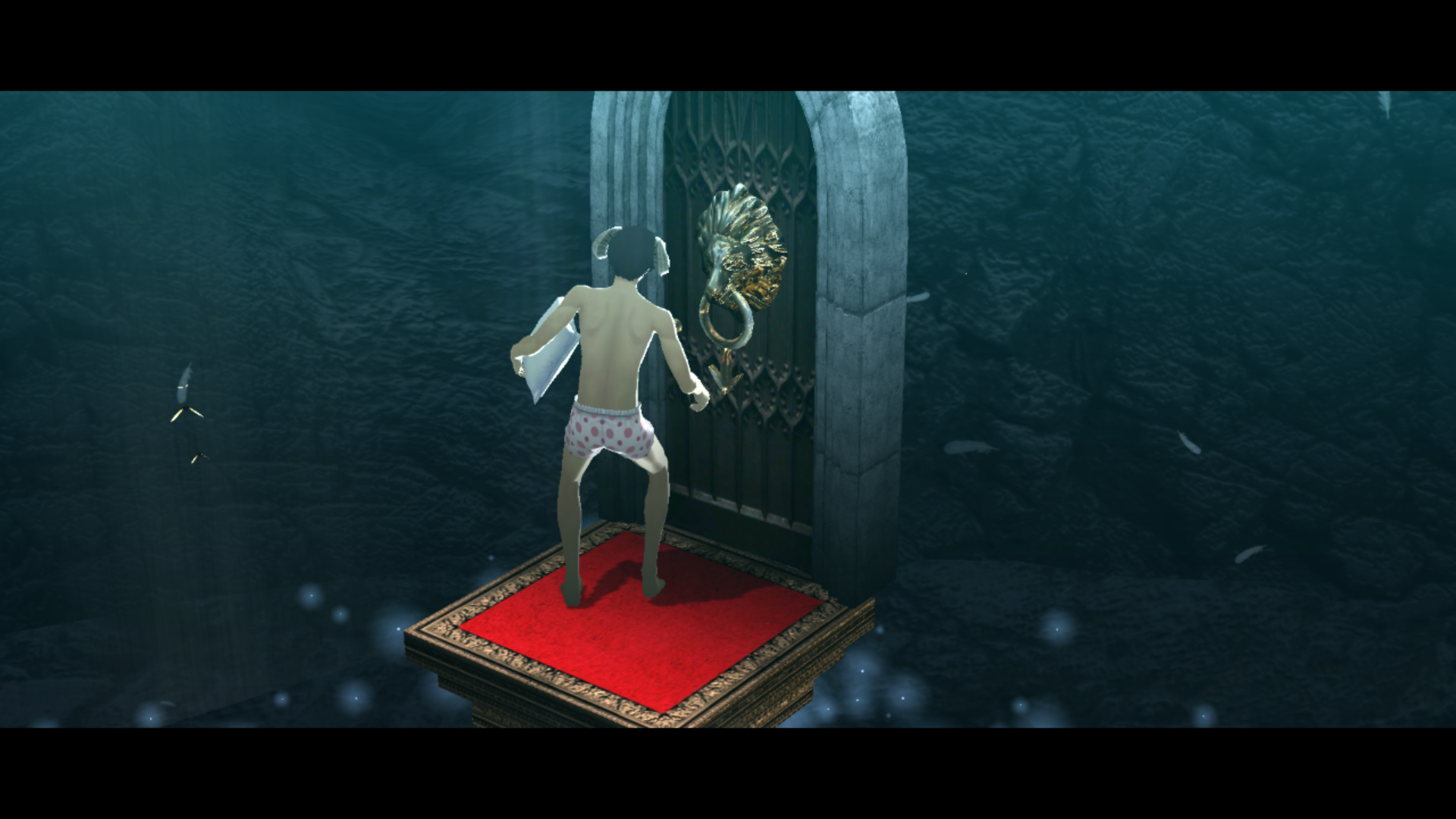 Each night is broken up into small stages. These, in turn, have a rest station after them, allowing Vincent to talk with other people who are also experiencing the nightmares and the dreams, all having a past and something they are trying to overcome. Reaching the next stage requires answering a question about relationships. While there are no right or wrong answers, these engaging and thought-provoking questions will shape the story-line and ending that players receive. 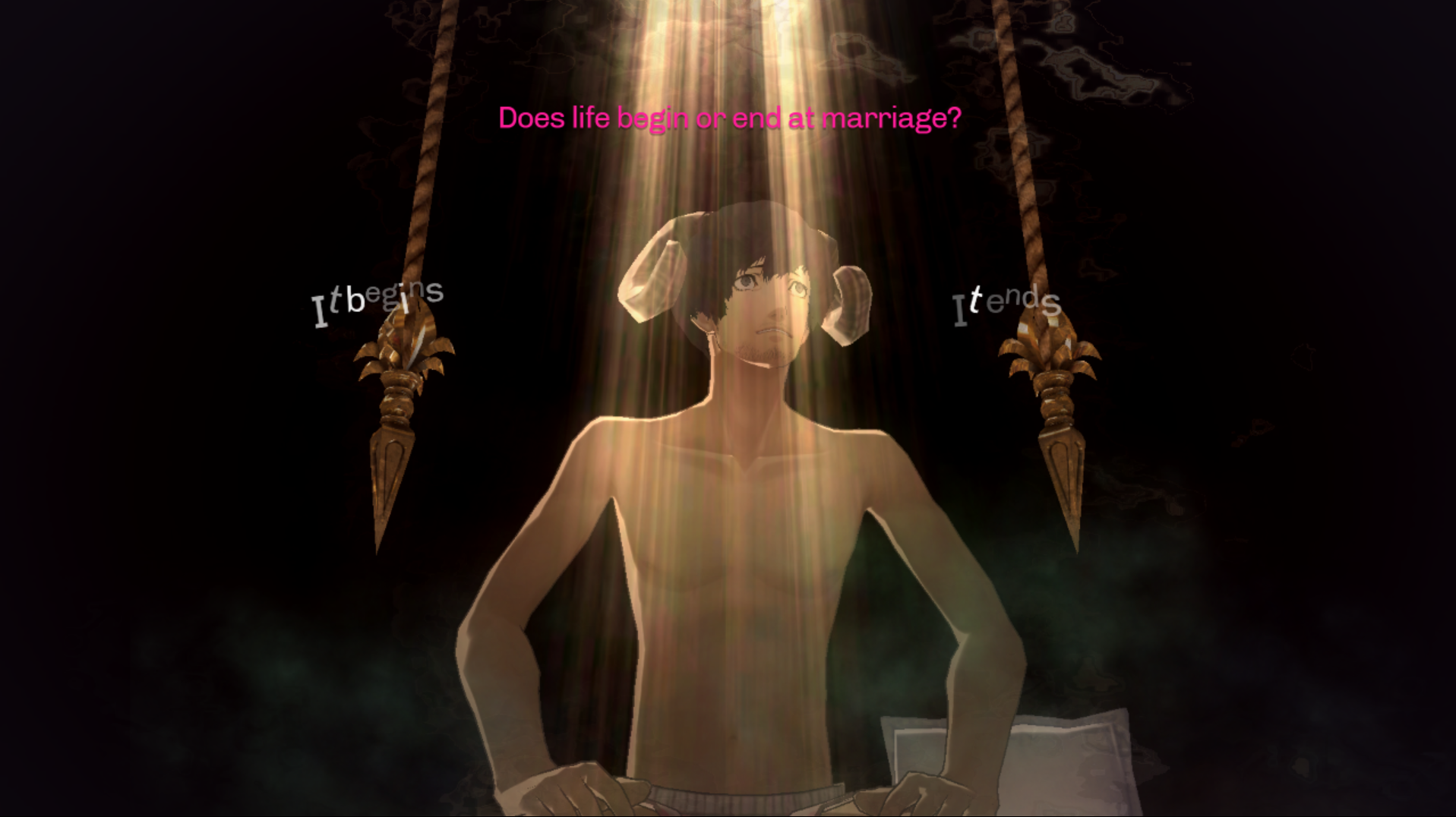 The final boss stage has players utilize the skills they have learned over the last stages, while facing special attacks from the boss which can affect the path and actions taken. The bosses are manifestations of Vincent’s fears and how he tries to overcome them.

As a character, Vincent can strike some as annoying in the ways that he tries to juggle his issues, does nothing to face them head-on, and keeps putting them off as they get worse and worse while he falls more into madness. Delivery of the story, though, is done well through the use of animation style cut-scenes, and users feel a sense of real control over the path Vincent travels down, even as he has issues with commenting on it.

The story and the unique game-play style is reason enough to play, players may find themselves pushing through the puzzles to find out what happens next, similar to  binge-watching a TV show to find out the ending.

The game is sold on steam for $20/£15, which is a fantastic price given the long story-line and solid replayability, as well as extra climbing puzzles and multiplayer options, allowing you to hone your skills. INN thanks Sega and Atlus for proving a review copy of the full game for review.

Catherine is a solid 8/10. The storytelling was gripping. The challenge of the puzzles and random elements could be off-putting at times, but the compelling story-line prompted the player to push through puzzles to find out what happens next.