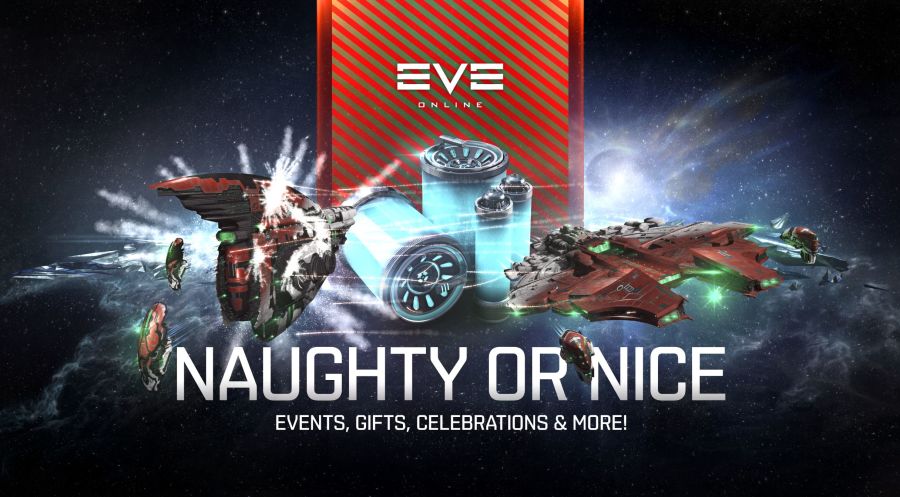 Oh, it’s the most wonderful time of the year, and this year’s Yoiul events feel like Halloween.

The theme this year is ‘naughty or nice‘ and features a range of different activities. First off, it’s 13 days of gift-giving over a total of 26 days (24 days left at the time of publication), which means you can miss a few days if you are travelling or with family, removing the stress of logging on each day. There are also rewards for both alpha and omega clones. These items include the usual skill points, skins, facial augmentations, snowball launchers, snowballs and abyssal deadspace filaments, as well as one last extra spicy element – the ability to send a small gang of pilots into a random pocket of nullsec.

The item works by allowing a number of ships to jump through to a random system in null space in any sub-capital ship. They have no expiration dates and the ships need to be in range like a boosting ship and be in fleet. However it works, we can expect someone’s going to get dropped on by a gang of battleships with no advance intel.

Going along with your daily login gifts are daily quests, awarding up to 50k skill points and winter filament rewards by throwing snowballs at people or NPCs, so make sure to log in, stock up, and be prepared for some snowball fun.

The gifts include one of the most impressive free SKIN sets available for omegas, called the Aurora Universalis line. The SKINs are for five ships for each race on popular hulls, and they feature effects on a light blue and purple pallet of colours. Definitely one of the better free skin sets of late.

If you have the money to spend and are looking for some more festive SKINs, then a range of Yoiul Star SKINs have been added to the NES, starting at 110 PLEX for subcaps and hitting 390 PLEX for supers/titans. The skins are red and white with green light. My favourite is the Jackdaw SKIN, with lights on the fins which move as the Jackdaw changes it’s modes.

If you want to revel in snowball fighting and gift giving fun then you’re in luck with the LUMINAIRE SNOWBALL FIGHT VI taking place at 21:00 EVE time on Sunday, December 15 in Luminaire. The event will feature the following:

Check out their thread on the EVE-O forums for all the details, including how to take part in the gift exchange.

Finally, a few months ago, I made a comment about how players will be able to build a World Ark and use it to bridge somewhere around, even for some hot drop o’clock action. While it was an off-the-cuff joke, the fact that we’re getting random filaments that send us somewhere in nullsec to dish out some trick or treat action brings us one step closer. Let us know how you feel about all this – are you enjoying the Christams spirit in EVE this year?