Today has seen a range of different dev blogs come out from CCP, covering chat, security, and new effects for asteroids. We’re going to break them down and see what’s coming to New Eden.

In the March 2018 release, a new chat back-end was deployed to remove chat from the game and host it on outside servers. The goal was to help free up performance on the main EVE server Tranquility, especially during times of huge battles and 10% time dilation.  However, the move has resulted in a range of problems and issues that players have experienced, and it is possibly the most talked about issue from the players. CCP has decided to provide an update on the status of chat as well as provide some clarity for their future plans.

CCP has told us that if they are unable to finalize the stability of chat within the next three weeks they will explore a range of different possibilities, including the option of rolling back chat servers and using the original older system. CCP stresses that reinstating the original chat will take time, as they have to configure the settings permission and make sure content is migrated back to the original system. This broad range of technical changes may lead to unexpected difficulties.  CCP Falcon has promised further information at the end of July, when CCP plans to make an announcement on the final decision regarding chat as well as provide players with compensation for the disruption to gameplay that has occurred.

CCP has also provided an update on security, pointing out that one of the most common patterns after an account gets hacked is a mass extraction of skill points. This normally occurs after a password reset has been completed. To help counter this, all EVE Online accounts automatically will be set to prevent skill extraction. In other words, after a password reset is completed, you (or whoever has accessed your account) will be unable to extract skill points for a set amount of time. INN will provide more information on this when we have it.  The security update also included statistics on CCP’s banning of accounts for botting, real-money transactions, and account hacking, indicating that CCP continues to take such things very seriously.

A visual update for asteroids has also been planned. The idea is that the asteroid will start to decay away as it’s being mined instead of shift simply disappearing and popping. This should add a quality of life insurance for players, who will be able to quickly look and see just how much is left in an asteroid without the need of a scanner. 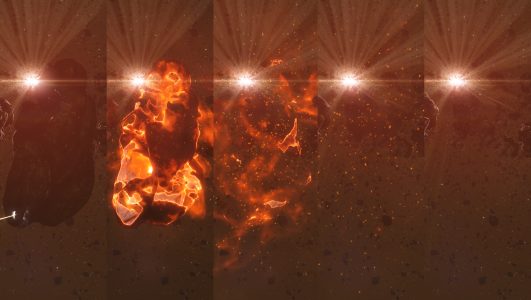 Also coming to a hot drop near you is the upcoming Police skin for the Nyx. Expect them to drop by and check for any mining permits you may or may not have before delivering swift justice. Lastly, CCP sent out a survey for the latest live event, Permafrost. The event was different from previous ones and had a group focus to it. If you enjoyed or hated it, make sure to provide feedback and let CCP know what you’re thinking to help shape events in the future.

Balancing Below is the bullet list CCP posted to start...