The website Hoboleaks revealed today that there is an inbound event or subscription bonus for the Servant Sisters of EVE in upcoming build 1229730, currently on Singularity.

The nature of the event/bonus is not immediately clear, but it is entirely possible the event will likely follow the same reward arc as previous Agency missions, with two golden loot crates up for grabs at different levels of achievement; the Galaxy Pack which come in Spectral and Crystal versions. It is also entirely likely that the crates will only be offered with a subscription renewal in 3, 6, or 12-month duration, owing to the high value of the contents of the loot crates.

The Spectral loot crate sees the introduction of the SOE Spectral Shift skins as a reward within the game, rather than as a PLEX-only purchasable item from the New Eden Store. The chest contents are: Two MCT certificates, five Skill Extractors, Spectral Shift SKINs for SOE ships (one each), and men’s and women’s SOE Expeditionary Suits.

The Crystal loot crate contains the same supplementary gifts as the Spectral crate, but instead of the Spectral Shift skins includes the new Crystal Blast SOE skins; a new addition to the New Eden vanity items. I expect that these two crates will become as highly sought-after as the event Cerebral Accelerators.

Here’s a preview of the new skins: 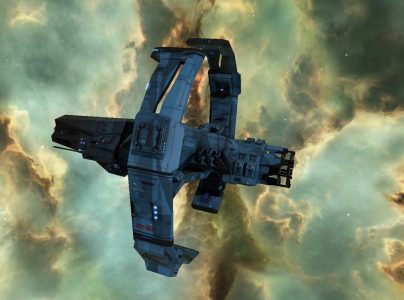 New SKINs for the Astero… 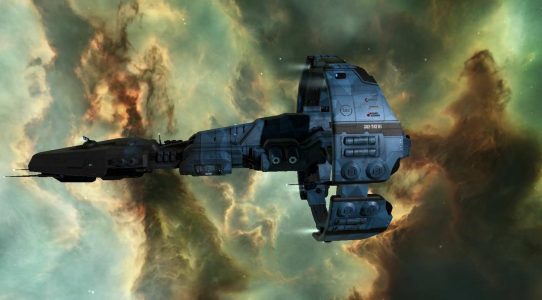 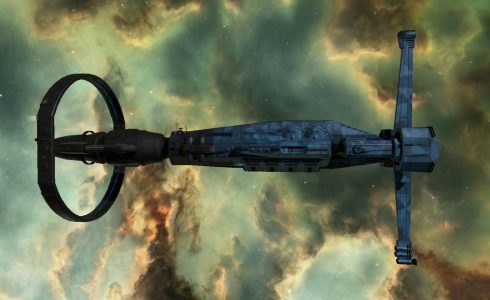 … and finally, the Nestor

In addition to the leaked items listed above, there have also been some changes in SiSi to be expected in Tranquility with upcoming release of this build. These include changes in some NPC pirate AI, patches in Planet Resources, localization, video management (DirectX 9 & 11), and type lists – likely to reflect the addition of these new assets.

I am personally very excited for these new skins as I am somewhat of an SOE fanboy, and have been waiting for an SOE themed event or reward drop for a while. Time will tell what this build entails.