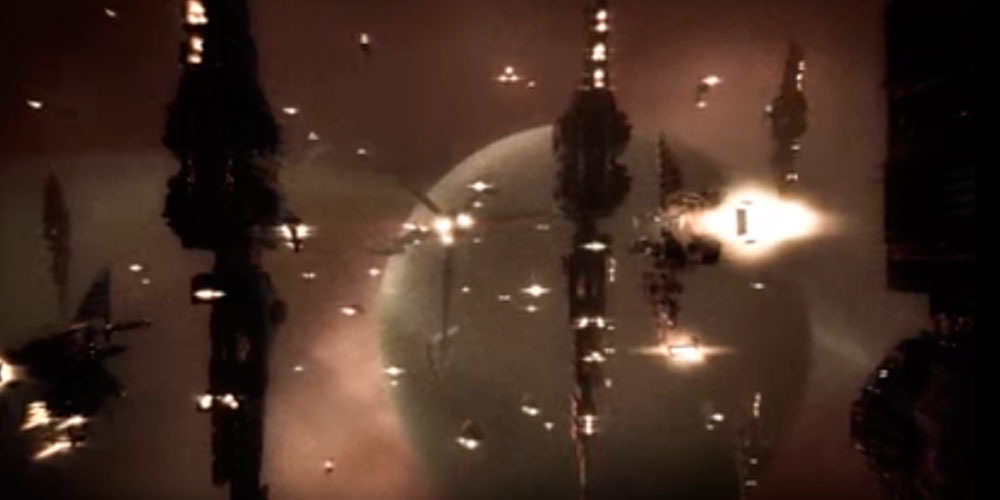 Russian alliance NullSechnaya Sholupen (NSH) lost a capital fleet to an Initative (INIT) ambush early Sunday. The fight occurred between 15:00 and 16:00 EVE time in nullsec region Great Wildlands around a moon in 504Z-V.

NSH launched an attack on the moon’s tower with a fleet of eight dreadnoughts, two carriers, two supercapitals, and virtually no subcap support. INIT engaged with a similarly sized capital fleet supported by a 100 ship subcap fleet composed primarily of Bhaalgorns and Machariels. Ultimately, NSH managed to extract a Phoenix, leaving the rest of the capital fleet, including an Erebus and an Aeon, to die. Their losses totaled over 180 billion ISK.

An INIT source claims the tower’s primary function was for “baiting idiots.” Despite several attempts to reach out to NSH it is currently unclear why they targeted the tower and who authorized the capital fleet to deploy without any subcap support. INIT sacrificed two Devoters and a Kestrel in the engagement.