So Long Cassini And Thanks For All The Science 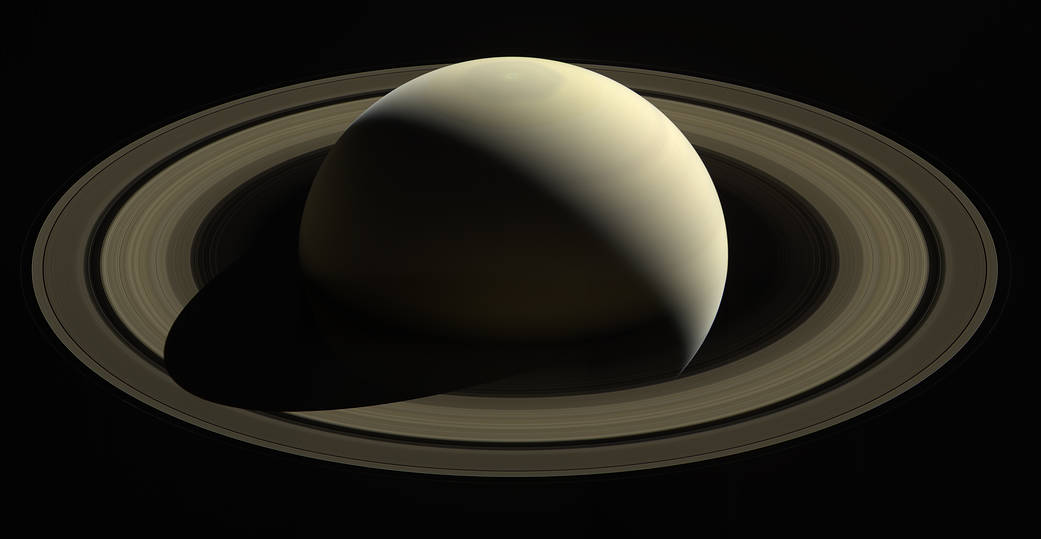 The ending of one of NASA and the European Space Agency’s most successful ever missions was marked by a dramatic poignant silence as the radio signal ended at precisely 4:55:46 a.m. PDT (7:55:46 a.m. EDT) Friday morning, after NASA received the craft’s final transmission. After 13 years exploring Saturn and its many intriguing moons, Cassini ran low on fuel. In order to protect moons such as Enceladus, which has the potential to host life, the mission planners chose to have the craft plunge to a fiery death in the planet’s thick atmosphere. I don’t mind admitting to a wobbly chin as the as the signal flatlined.

“The signal from the spacecraft is gone,” announced a NASA flight controller from the Jet Propulsion Laboratory in Pasadena, California. “I’m going to call this the end of [the] mission.”

“This is the final chapter of an amazing mission, but it’s also a new beginning,” said Thomas Zurbuchen, associate administrator for NASA’s Science Mission Directorate at NASA headquarters in Washington, in a Sept. 15 statement. “Cassini’s discovery of ocean worlds at Titan and Enceladus changed everything, shaking our views to the core about surprising places to search for potential life beyond Earth.”

“It’s a bittersweet, but fond, farewell to a mission that leaves behind an incredible wealth of discoveries that have changed our view of Saturn and our solar system, and will continue to shape future missions and research,” said Michael Watkins, director of NASA’s Jet Propulsion Laboratory (JPL) in Pasadena, California, which manages the Cassini mission for the agency. JPL also designed, developed and assembled the spacecraft.

Cassini’s final dive completes a series of 22 weekly “Grand Finale” dives between Saturn and its rings, a daring achievement never before attempted by any spacecraft.

“The Cassini operations team did an absolutely stellar job guiding the spacecraft to its noble end,” said Earl Maize, Cassini project manager at JPL. “From designing the trajectory seven years ago, to navigating through the 22 nail-biting plunges between Saturn and its rings, this is a crack shot group of scientists and engineers that scripted a fitting end to a great mission. What a way to go. Truly a blaze of glory.” 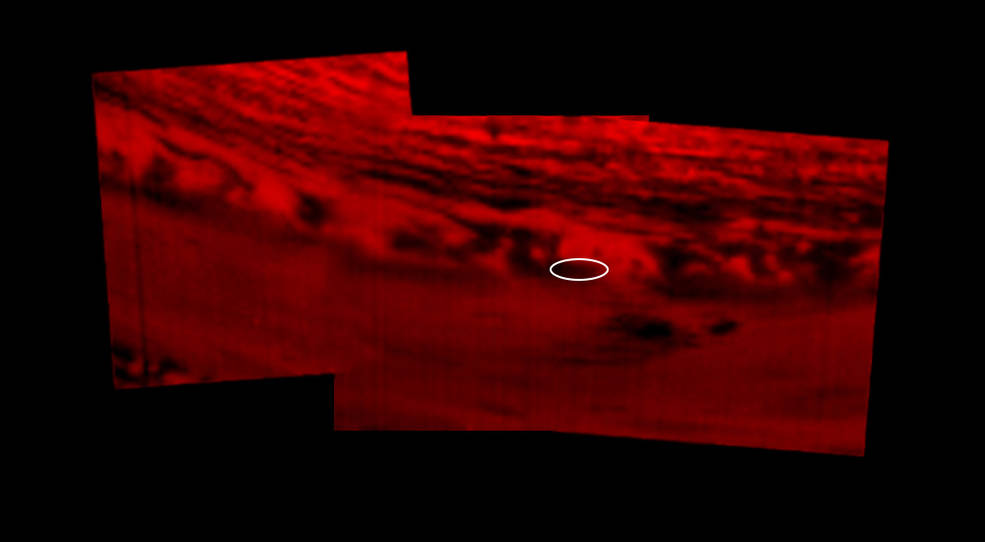 This montage of images, made from data obtained by Cassini’s visual and infrared mapping spectrometer, shows the location on Saturn where the NASA spacecraft entered Saturn’s atmosphere on Sept. 15, 2017. The spacecraft entered the atmosphere at 9.4 degrees north latitude, 53 degrees west longitude.
Credits: NASA/JPL-Caltech/University of Arizona

Engineers at NASA’s Jet Propulsion Laboratory in Pasadena, California, awaited the final transmission from the Cassini spacecraft as it plunged into Saturn’s atmosphere ending its 20-year voyage of discovery.

“Things never will be quite the same for those of us on the Cassini team now that the spacecraft is no longer flying,” said Linda Spilker, Cassini project scientist at JPL. “But, we take comfort knowing that every time we look up at Saturn in the night sky, part of Cassini will be there, too. Cassini may be gone, but its scientific bounty will keep us occupied for many years. We’ve only scratched the surface of what we can learn from the mountain of data it has sent back over its lifetime.”

Cassini may be gone, but there are of course new missions planned-new rovers to Mars, a trip to look more closely at Europa and you can bet we’re going to want to go back to Saturn, particularly Enceladus.