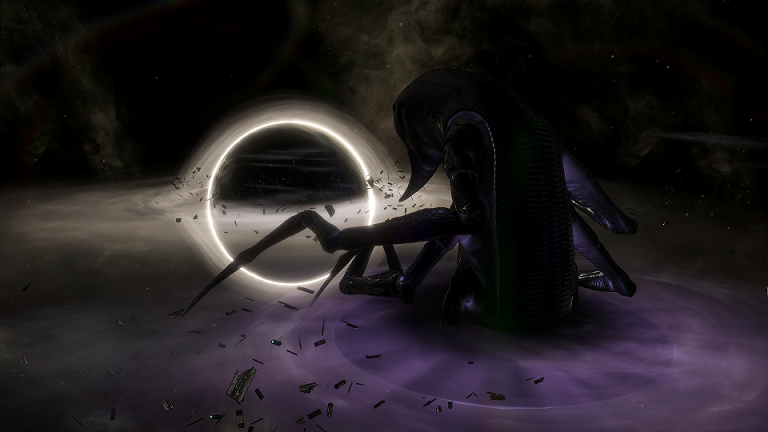 Stellaris: Leviathans and the 1.3 patch titled ‘Heinlein’ will hit the virtual shelves tomorrow. Paradox had announced their story pack back in September. For the developers, a ‘story pack’ is paid content classed between a feature pack and a full-blown expansion. Leviathans is priced at $9.99 and brings, among other features, space dragons and traders to the game. The full changelog for both the story pack and the Heinlein-patch have been released on Paradox’s forums earlier this week. Should you be excited for it and pick up the DLC, or just stick with the patch? Let’s have a look.

First off, Leviathans brings Guardians, Enclaves, and The War in Heaven into the game. On top of that, buyers get cute race portraits for alien races, and new music.

The ‘Heinlein’-patch brings a bunch of quality of life improvements, changes ship balance and diplomacy, reworks Fallen Empires and tweaks the universe ever so slightly.

Paradox continue to deliver on their games with subsequent patches and content packs. The stress clearly lies on the ‘Heinlein’ patch, with the story-pack offering up additional possibilities, rather than integral gameplay elements. Personally, I enjoy how Paradox continues to care for their games through their life cycle and will likely pick up the story pack and subsequent DLCs.

Are you going to start up a fresh game on the new patch, and what do you think about the DLC? Let us know in the comments below.

Space journalist at INN and button pusher at Amok., I write about Stellaris, science and interesting things that I come across when not actively playing EVE.