After weeks of unanchoring and re-anchoring, the Mercenary Coalition Keepstar in FD-MLJ finally unanchored just after 1000 today.

This was spotted by a sharp-eyed Initiative member, who alerted the rest of the alliance by saying “Is it normal that a keepstar is unanchored and there is a can next to it?”.  Urgent pings were sent out for dreads, and an interceptor with a cyno burned over to the system.

While the dreads were forming, a Mercenary Coalition Charon arrived on scene to collect the Keepstar.  This arrived with just one ship to support it and was swiftly tackled by a Manticore.  As Init. were entering the system to keep tackle on the freighter, they were caught in a bubble on the X-M2LR gate, and the supporting ship with the freighter lit a cyno, bringing a defense fleet of FAX and dreads from MC and Northern Coalition.  Init. dreads were formed by now, and jumped into the middle of the hostile fleet and primaried the freighter. MC called for full reps from the Apostles on the Charon, but it was not enough to negate the incoming damage from the Init dreads.

Ignoring damage from the defense fleet, Initiative kept their fire focused on the Charon,  which exploded shortly afterwards. The wreck of the freighter was also shot, destroying the Keepstar.  Whilst the defenders managed to kill a few dreads, this was a complete victory for Initiative, and an explosive ending to the on-again, off-again saga of the Keepstar.  It seems that this was down to simple pilot error, as MC had forgotten to check when the timer finished for the unanchoring. 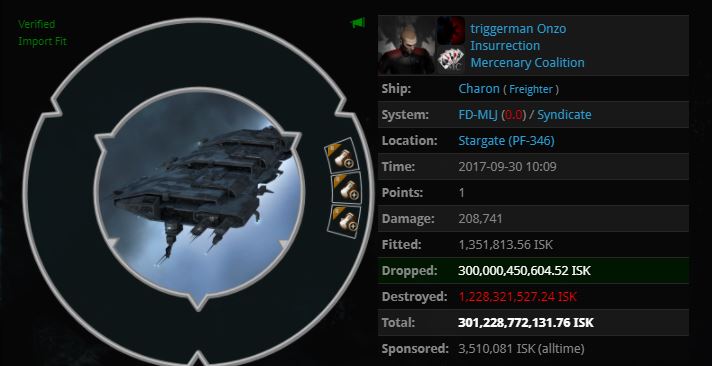 As to the can?  Initiative are currently looting the keepstar fit from it.

Congratulations to Initiative for finally getting the Keepstar kill, albeit in a somewhat unusual manner.

Thanks to Sister Bliss for filling in with details of the kill.