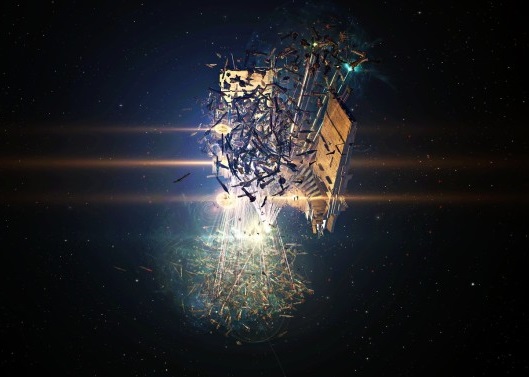 After an unprecedented nine weeks on grid, the Imperium announced the end of the M2 hellcamp today. “Eventually these things have to end,” Imperium leader The Mittani said in Saturday’s Fireside chat. “This has been the longest hellcamp in the history of online gaming, and it is now time to move on.”

The decision was driven by the tactical realities in M2-XFE. PAPI has held the M2 iHub since taking it in a contested fight more than a month ago, and in the days since the system’s strategic index has been steadily growing. At downtime on March 7, the system will enter Strategic Index 3, which will allow PAPI to drop a cyno jammer in the system, preventing the Imperium from cynoing in response forces in the event of an attempted breakout.

Rather than trying to pre-stage forces and fight under a jammer, the Imperium instead will concentrate in their capital system of 1DQ1-A and preparing for a possible PAPI attack there. “We’ll be digging into 1DQ1,” said The Mittani.

Over the course of the hellcamp in M2, the Imperium had come increasingly to rely upon cyno reinforcements from 1DQ1. A cyno jammer in M2 would dramatically limit the Imperium’s tactical options in the event of a fight, effectively preventing any external reinforcement in the event of a PAPI breakout, a PAPI attack on the M2 Keepstar, or a rescue attempt should forces staged in the system become trapped there.

PAPI has made concerted efforts to defend the M2 iHub in anticipation of this event, taking several actions to raise the system’s Activity Defense Multiplier (ADM), which makes the iHub significantly harder to hack when it’s vulnerable. In particular, TEST designated M2-XFE as its capital system, which confers a +2 bonus to ADM. In addition, ratting efforts by PAPI (and a few brain-dead Imperium pilots), have raised the ADM as well.

The end result is a disadvantageous situation for the Imperium, and while they have been keen to capitalize on PAPI’s blunders in M2 that left a significant number of titans trapped there for two months, they are equally keen to avoid making similar blunders of their own. “The decision was made to end the hellcamp on our terms, rather than letting them get some of our guys caught, and turn the trap around on us,” according to Goonswarm’s Fitting Director, Arrendis.

With much of Delve now pacified by PAPI and the M2 hellcamp ended, what comes next is up to PAPI. “They have choices,” said The Mittani, adding later, “I think that they will pay a terrible price to even try to take 1DQ1. We want them to try, and we want to make them bleed for it.”