One of the largest high-sec corporations is moving operations to Verge Vendor, but its new neighbors are bristling at the diplomatic and military tactics used by Mission Ready Mining to lock down the pipe leading to Syndicate space.

A mercenary pilot, Onineko Jin, reached out to Monkey Onnlin of the Seventh Sanctum corp COBRA INC. Onnlin’s group had a freeport station in Chesiette and the merc made a request on behalf of Mission Ready Mining and its alliance, Fly Fearless.

“The alliance would like it set private, as it’s a security issue for the alliance moving in,” said Jin.

He offered blue standings, cooperative PVP roams through nearby nullsec and the promise of “a large alliance of friends.”

“And I mean, if you guys refuse and keep it public, we’ll just remove it,” Jin wrote in the Jan. 17 conversation. “But we’d rather (take) the friendly route with your alliance.”

MRM’s attempt to hold sway over high-security space seemed perplexing, as there is no sovereignty to defend. There are no roving gangs of pirates or pitched battles for the right to claim a system as your home.

A few days earlier, Jin’s mercenary group had also declared war against another group, The GWG, a high-sec corp with close ties to COBRA INC.

“Being our friends and active PVPers, we of course fancied the fight,” Onnlin told INN. “If they were going to muscle people out of the area (who) are harmless and friendly, we’d like to have something to say about it and of course, we wanted to stand up for ourselves.”

As it turned out, the war with GWG didn’t go as planned for the mercs. Jin and another member of Golden Phoenix Mercenaries lost two station-bashing ships while unsuccessfully trying to bring down an Azbel. The war expired 11 days later with no further hostilities.

GWG CEO Killashandra Crystal-Ree said that unlike COBRA INC’s experience with MRM, there was no warning and no diplomatic contact before the war declaration.

After the mercs lost a Nestor and Scorpion in the failed station-bash, Crystal-Ree said MRM’s CEO finally reached out.

“Gai Heiyuu suggested that Onineko Jin was going to dig his heels in and continue to come after us. We have not seen a concerted effort on their part since then,” Crystal-Ree said.

MRM appears to have backed off the threats made to COBRA INC, as well, because a war dec never came. The mercenaries, however, destroyed two Astrahus stations in Annelle, where MRM has set up citadels and engineering complexes of its own.

Heiyuu did not respond to INN’s request for comment. However, MRM Director Grildar Sloan said he was only aware of the corporation asking other groups in the area to deny access to its war targets. For nearly a year, The Marmite Collective have engaged in an almost non-stop feeding on Fly Fearless’ young players.

“That doesn’t sound like us,” Sloan said in response to the threats made by Onineko Jin. “We’re a newbro-friendly corp that just wants to do things our way. We don’t push people around or move them out of system.”

COBRA INC pulled its’ citadel down while members were on vacation, but Onnlin had parting words for the mercenary and his client.

“If they object to us re-anchoring our Raitaru, we look forward to the fight,” he said. 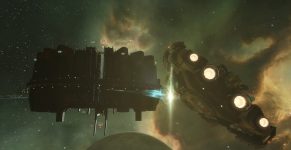