The battle for the Keepstar in 3D-CQU was seen live on the ImperiumNews Twitch channel, and live blogged as it happened.  See the minute by minute account of the battle here. The following is the Battle Report for the fight.

The Keepstar was quietly constructed by Calette Zardina of Curatores Veritatis Alliance (CVA) in the system of 3D-CQU. Providence is a highly trafficked region, and a Keepstar is hard to miss when anchoring, especially when it is set public—it appears on the overview of anyone in the system. As a result, no one had to scan it down. Worse still, the hour picked for the 15 minute timer was EU primetime: late EU and early US timezone. While normally quiet, high-stakes conflicts in that window can boast large crowds. Often, players will stay up late or come home early for a 300 billion ISK killmail.

Errors were made, but the structure wasn’t discovered until the Keepstar’s anchoring phase was less than two hours away from completion. A scout from Waffles found it and alerted Pandemic Legion (PL). Waffles has been patrolling Providence in search of Jin’ Taan corpses – go team10!

Minutes later, CVA ally TEST pinged for a defense fleet. The ping was intercepted by Northern Coalition (NC). NC-PL prepped a response, with a picture provided as evidence that this was for real. Most of CVA found out as the news made it into the public. Now there would be a fight in 3D-CQU.

The TEST Maelstrom fleet positions itself at optimal range near the Keepstar. The 15-minute vulnerability timer starts ticking down to zero. They need to hold the line for 15 minutes.

On the far side of the system, the battle is already underway. NCPL, and MC strategic cruisers are finishing up a cyno jammer that was in the process of onlining. With the jammer knocked out, capital ships are free to jump in as needed. Several dreadnoughts are already assembled and in position, awaiting the signal.

At the Keepstar, the timer ticks down to 14 minutes… Then, familiar light flashes and distant booms start to appear; CVA is warping in.

CVA and Brave—allies of TEST—land on grid and position themselves apart from one another. Behind them, two assault fleets warp in: NCPL T3Cs and Triumvirate (TRI) and Stella Nova (SNOVA) Machariels (machs). The Ahacs land on TEST’s position, but TEST is ready and aligned out, their battleships immediately warp out. 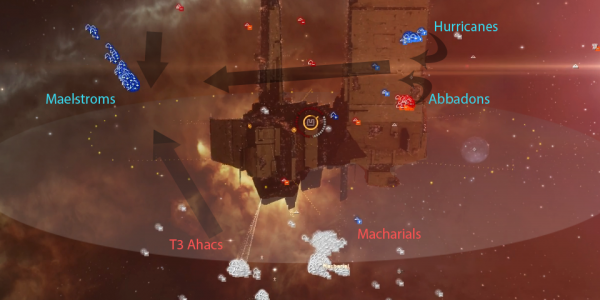 The attacking T3s and machs open fire on the Keepstar, applying sufficient damage to stop the timer.

TEST warps back into position. The three defending fleets, TEST, CVA and Brave, all sit at perches separately around the Keepstar’s towers. Below, the T3s and machs apply damage to the Keepstar while fast tackle scrambles up to the perches to get a warp-in.

Fast tackle reaches the Maelstroms first and T3s warp in, landing NCPL at close range to TEST. The Maelstroms pull range while firing artillery barrages at the strategic cruisers. CVA and Brave warp in behind NCPL and open fire.

At the Keepstar, the mach fleet’s DPS is unable to keep the timer paused.

At nine minutes, PL cynos in two dreadnoughts to help the Machs shoot the Keepstar. CVA counters by dropping a carrier-heavy capital fleet, supported by force auxiliaries. Circle-of-Two’s (CO2) T3 fleet appears and shoots the PL dreads, applying heavy damage with the help of CVA’s fighters. In short order, one PL dread explodes, leaving the other under fierce attack. The capital fight has begun.

At the same time, TEST Maelstroms pull range from NCPL T3s. CVA’s Abbadons and Brave’s Hurricanes flank the T3s. The T3s put tracking disruptors on the Abaddons while shooting Maelstroms and Hurricanes.

NCPL are in a tight spot, getting shot from all sides. At the Keepstar, the CVA carriers and CO2 T3s are tearing apart the dreads.

The Timer slips to 7 minutes.

As the dreads take fire, TEST’s Maelstroms are burning out of bubbles, and almost free. Just then, a fleet of Horde bombers decloaks and launches several waves of bombs at them. The Maelstroms are shield heavy battleships which makes them especially susceptible to bombs. The TEST fleet warps while changing direction, causing them to delay long enough for the bombs to hit their mark. The Maelstroms take heavy losses.

A large fleet of Imperium interceptors lands on grid near NCPL. The Claw interceptors shoot everything in site, picking off the weakest ships on either side. Unsurprisingly, the “FozzieClaws” begin to headshot FCs. Undaunted, Brave’s Hurricanes use smart bombs to ward off the interceptors while applying DPS to NCPL’s T3s.

At the Keepstar, PL cynos in a force auxiliary on the top of the CVA carriers. It lights a cyno and in come 30 NCPL dreadnoughts, at close rage of the carriers. The capital fight heats up fast, and CO2 counter-drops NCPL with over 45 dreads of their own. CO2 T3s finish off the second PL dread. CO2 dreads appear and tether as they get organized. 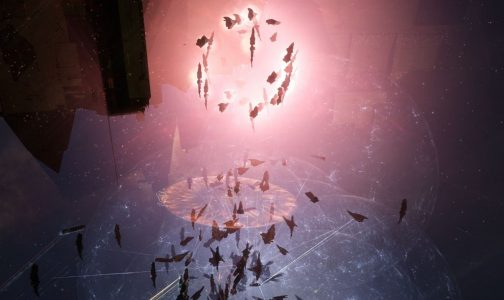 The move makes many in the battle wonder: Will TEST bring in their capitals to swing the fight?

However, before the CO2 dreads untether and attack, another cyno field opens and in comes a third fleet of dreadnoughts. It’s not TEST, but TRI. Undaunted, CO2 untethers anyway and attacks PLNC dreads. At this point, the capital fight is on; everyone’s committed.

Immediately, NCPL T3s scramble to reinforce the dreads, warping in on CO2’s T3s fleet to attack it and the fighters launched by the carriers. CVA Abaddons turn to pursue the NCPL strategic cruisers. Predictably though, the armor-plated battleships are slower to align. Soon, Horde bombers catch up to the Amarr battleships, launching a series of bombs. As a result, the nearby NCPL T3s brace for splash damage as the Abbadons perish under waves of bomb damage. 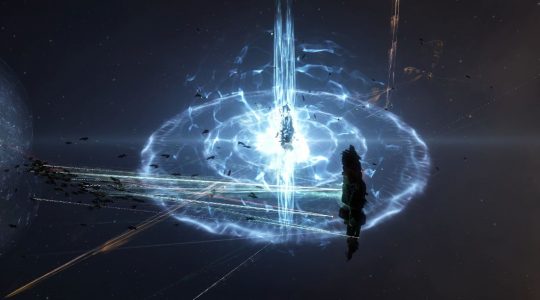 The Tide Has Turned

Then, NCPL drop force auxiliaries on their T3 fleet to repair them as they fight CO2’s T3s. As a result, the capital and subcapital fights have merged into one big brawl—explosions everywhere. It is an all-out brawl with dread fleets and carriers fighting over T3 and mach fleets. Most of the fighting is being done by CO2 and CVA verusus NCPL and TRI.

TRI machs warp up into a perch and fire down on CO2 Dreads, while Guardians of the Galaxy warp in a T3 fleet. Meanwhile, other groups in the mix pick off ships that stray too far from their logistics. Explosions light up the darkness surrounding the Keepstar. Right now, the fight can go either way.

The timer is still paused at 7 minutes.

More NCPL dreads join the fleet, putting their number at around 60.

The Initiative appears with a fleet of command destroyers, a “snatch fleet”, that captures pilots and drags them 100 km away from their gang to die in hail of bullets from waiting DPS ships. Initiative targets NCPL T3s, possibly a sign of revenge for NC’s recent takeover of their space in Cloud Ring.

Meanwhile, NCPL and TRI grind down CVA and CO2 capitals. NCPL T3s also hammer at CO2 T3s and dreads as the Initiative continues to pick the attackers apart.

All around the south, reinforcement fleets form and deploy toward Providence, but the tide has shifted irrevocably. Even so, the fighting continues for another hour. Without any major reinforcements, the combined capital fleets of CVA and CO2 burn. Nevertheless, the subcapital fleets continue to skirmish around the Keepstar.  With the enemy capitals dead, NCPL and TRI dreads return their focus to the giant structure. It explodes only a few minutes later.

Ultimately, nearly three-quarters of a trillion isk is destroyed. 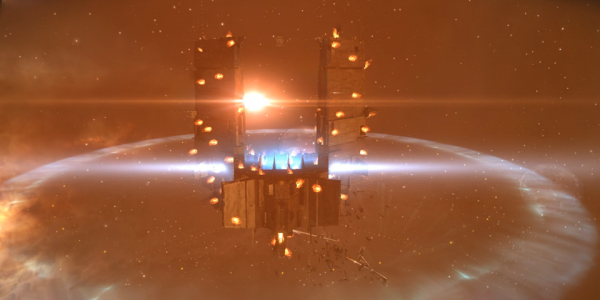 In the end, NC, PL, and TRI dropped 115 dreadnoughts, destroying 75 capitals from the defenders.  Even so, many CVA carriers docked in the Keepstar before it exploded. As a result, they will live to fight another day.

The funding for the first Provibloc Keepstar was crowd-sourced from players, starting in December of last year. Players donated as much as 45 billion to see the Keepstar go up.

By some estimates, dozens of Keepstars exist in EVE, most of them put down in secret. Calette Zardina put this one down without making preparations for a battle, and it almost worked, even in the busy region of Providence. Still, Providence will move into the age of Keepstars at some point, but not today.