The cold darkness. She certainly is not our friend, more an unforgiving mistress, seeking to claim our lifeless flesh. However, many before us have succumbed to the cold darkness, and their long-forgotten carcasses can be stripped of their wealth, delivered, by fate, into our hands. Centuries ago, various organizations were leading colonization efforts into the black unknown… Some of their vessels vanished, leaving behind massive stores of salvage and data. This is the story behind the vast reserves of Data and Relic sites to be found within high, low, and nullsec space.

Ancient races who have entered Anoikis, the Talocan, the Sleepers, the Takmahl, and the Yan Jung leave behind remnants of their once-great empires. Within these pockets of space, you find remnants of their technology, often guarded by vigilant Awakened Sleeper Drones. Attempting to claim this wealth of information from the Sleeper drones single-handedly is a risky mission, and many have died attempting this task.

Relic and Data sites are often rated through their signature strength, which determines how hard it is to find one of these juicy piñatas. The higher an item’s signature strength, the easier it is to scan to 100%. Essentially, the lower it is, the harder your probes have to work.

As an experienced explorer, it is wise to deploy your probes in the smallest default formation, and expand or contract your probes from there. When you come across something you cannot scan down at the 0.25 AU Default Spread, hold down the ALT Key, and drag your probes closer to one another. The higher your skills, the easier it is to scan down items with very low signature strengths.

Relic and Data Sites are “hacked” by using an Analyzer module. This opens up a mini-game, in which your goal is to find the Core. Different cores have different strengths, your Green Cores are the easiest, with Red Cores being the hardest. 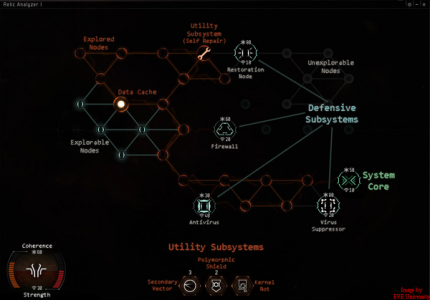 Relic sites can be found easily in high security space, with a signature strength of 1.25% to 10%. These relic sites are from various pirate organizations in New Eden, and exist in two classes: crumbling, and looted.

These sites often give off small cans, which in high security space will likely only be labeled as “Debris”. In different locations, there will be better cans, which you should hack first.

Data sites are also very easy to find in high security space, and have a similar setup to a relic site. However, they require a Data Analyzer module to hack, and not a Relic Analyzer.

These will likely have hackable Cans labeled Com Towers and Info Shards. In my experience, the Info Shards give the best loot, and you should go for them first. Choosing the right cans to go after becomes increasingly important as you venture into more dangerous space.

Lowsec relic sites come in one variation as well: Decayed. As far as I have seen, If you are budding explorer and not worried about possible enemies, run them all! You must also note that the Signature Strength is what really defines which one is the best.

Most of these will have Debris and Rubble. Rubble is slightly more challenging than Debris, and because of this, they will have a better loot content. If you happen to see a Remains can, which can appear in some of the Lower Signature sites, go for them first!

These come in only one type: Regional. As per normal data sites, the better sites are harder to scan down. In these you may find a few Mainframes, so run those cans first.

To be honest, I have never seen a Regional Secure Server. I’ve scanned lowsec in many different regions, but I’ve never seen one. I am assuming they are somewhat rarer than the rest, or lucrative and thus taken first.

These are complicated to scan, and often have very lucrative loot. I have made over a billion ISK in one day by traveling region to region gathering nullsec relic loot. The best locations to do this are typically Sansha and Blood Raider space due to the Intact Armor Plate drops. Deklein and Pure Blind also have decent relic loot.

There used to be an entire group of relic sites known as ‘Pristine.’ Some say that they still exist in the game, and are combat-related relic sites. I have never seen one, and have trekked across space for many days, only to find these four sites. Crystal Quarries are by far the best, and if you find one, you are looking at seventy to one-hundred and eighty million ISK in loot. As usual, go for the highest level can first, which is for these, Ruins, then Remains.

In some cases, Lower-Class wormholes, such as three or lower, contain random nullsec relic sites in them. Make to double check the name when scanning in wormholes, because if it is a null relic site, it will not have Sleeper drones, and you can run it successfully.

These are like most data sites, except they contain higher-level cans. Go for Database and Mainframe cans first, as they are the harder and more valuable ones.

I’ve only ever seen one of these… The drone lore says that these sites are conflicts between Regional NPCs and rogue drones. I consider these the white whales of relic hunters. They often give very nice loot, but are so rare that there is no point in looking for them. The signature strength on these sites aren’t even recorded properly. 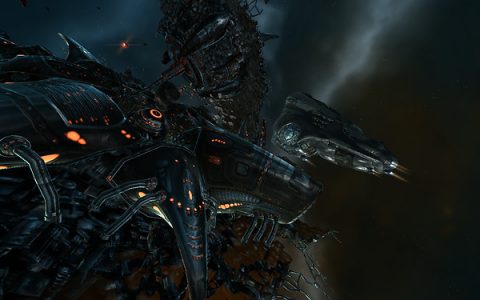 These are special pirate faction drug sites which will continuously appear in pirate-specific nullsec space. Sometimes known as static COSMOS sites, they all have a Signature Strength of 1.25%, which makes them slightly challenging to scan down. They also require a combat ship to kill the NPCs.

These are sites that hearken back to the days when all sites spawned NPCs. These range in groups, from Class One to Class Six. Class One to Class Three sites can be easily run with Solo Strategic Cruisers. However, once you enter a Class Four or above site, they usually require friends. I have heard rumors that the Class 4 can be done with a Passive-Tanked Drake, but I have never tried it myself. All sites in W-Space have a Signature Strength of 2.5%

These relic sites give frightfully beautiful ISK numbers in loot, ranging from the low end of around one-hundred million ISK, to the high end of a billion or more. However, with great reward comes great risk. No new explorer should consider tackling one of these sites by themselves.

These databanks yield decryptors and datacores that are used in T3 construction. These items are highly lucrative, but with the wormhole relic sites, these also are riddled with Sleeper drones, and in some mysterious cases, Talocan guardians. They all have a Signature Strength of 2.5%, and are also divided into six classes, respective to the six classes of wormhole.

Like their Relic Site brothers, these too give very good loot numbers, but should not be attempted alone.

These are special sites that have been added in the Kronos expansion. They exist in W-Space as well as Nullsec, and they are defended by NPC’s from the local faction (Or Randomized in W-Space), and have containers that must be opened with a Relic or Data Analyzer. However, when you first warp in, cloaked or decloaked, an invisible timer begins ticking down… This timer is randomly set from thirty seconds, to a few minutes, and you have until this timer runs out to scoop the loot.

You have exactly one chance to loot a container. If you fail, the containers will detonate, dealing 5000 raw explosive damage to your ship. Any frigates caught in the blast will be rendered space dust post-haste. If you manage to survive your first can explosion, and do not hack all of the cans before the timer expires, the Pirate NPCs will warp in, and detonate the rest of the cans… Some of these Pirate NPCs have warp scramblers as well, so you’d better be careful.

Loot recovered from ghost sites can be spectacular, ranging from Ascendancy Implant Blueprints and their parts, to BPCs for Advanced Personal Deployables like the ‘Magpie’ Mobile Tractor Units.

When the Kronos Expansion first came out, rumors spread wildly including rumors about there being star gate components hidden in some of the ghost sites. There were also rumors of 7x skill training implants. An old friend of mine claimed he saw one once, as he scanned a Ghost Site container. However, he overstayed his welcome, and his Astero was annihilated in the explosive blast. 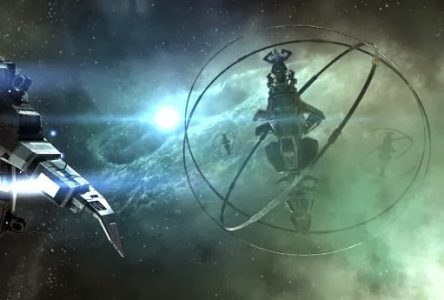 Very little is known about this site, and rumor has it, it still exists. From the ancient depths of the EVE-O forums, the possible loot is several blueprint copies (BPC) for light ‘integrated’ drones (30 or 60 run), a few BPC’s of medium ‘integrated’ drones, (5 Runs) and drone components.

There is purportedly also an energy neutralizing tower, however this is only up to speculation. There are supposedly three or four hackable cans within this site.

This site can only be found in the Drone Regions. But, as with all ancient secrets, sometimes the journey is more fun than the destination! If you’re new, or even a veteran at exploration, I say go for it! Especially newbies… Explore the universe of New Eden!