Eve Down Under – Alphas, PvP and Rorquals 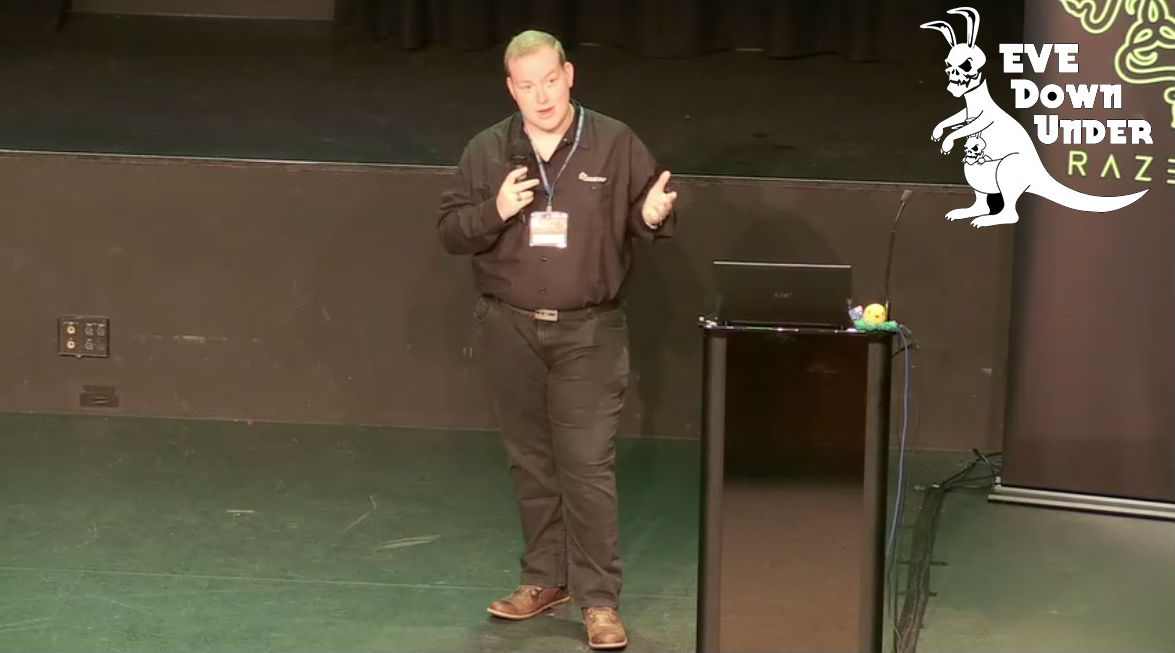 Note the Youtube only contains the first 2 presentations, the rest is on the vod linked in the end.

Eve Down Under happened this year on the weekend of November 25, and was streamed by Chiimera, hosted on CCPs twitch as well as his own.

The Judge opened with a rather basic presentation of what the CSM is and how it works. A few jabs were made at other politicians attendance in the meeting, which I personally found very realistic as an EU member nation citizen.

The second presentation (ed. Apologies for not splitting the video) was CCP Karkur giving us a few stats from Ascension, and afterward getting grilled by the audience in Q&A. Her reply to several questions was that Fozzie had provided the information, so perhaps very much echoing that of the player base; “I blame Fozzie.”

The above video was edited and presented here as a service to our readers, and to clear up some of the confusion there might have been with the coverage. CCP streamed the event, but doing so via the hosting feature, the stream was from Chiimera. That means the VOD is available on his stream until it eventually gets pushed and edited by CCP. So if you want to watch the event you can see it on his Twitch stream here.

CCP Karkur presented metrics from the first few days of Ascension, and in addition to the PCU (over 51k at the peak), there has been an uptick in PvP activity across all sectors

Fifth highest daily PvP kills of all time (28k, not shown on this slide) 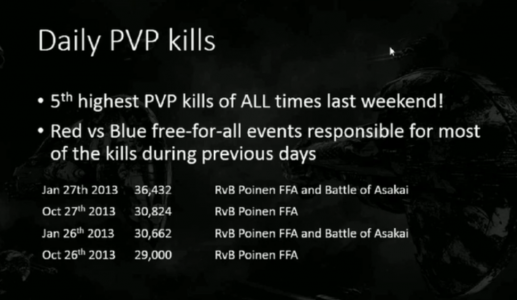 New record for most nullsec kills in a day 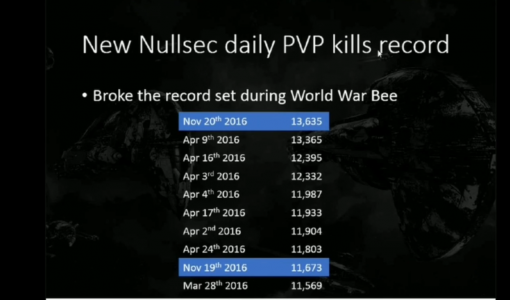 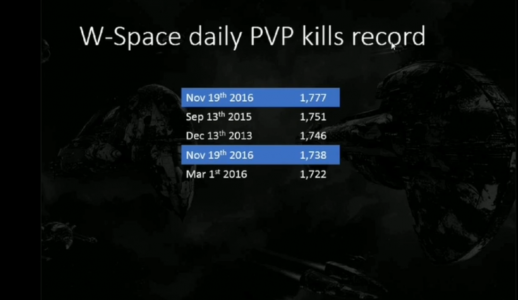 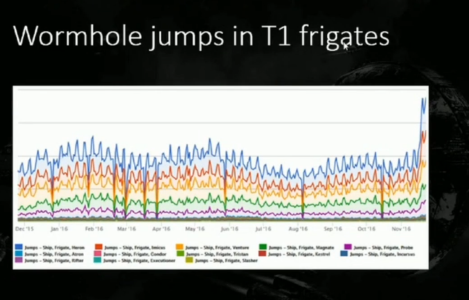 There has also been a huge spike in T1 frigate deaths, which is partially due to them being exploded once in the NPE and once in the Advanced Military Career Agent missions. 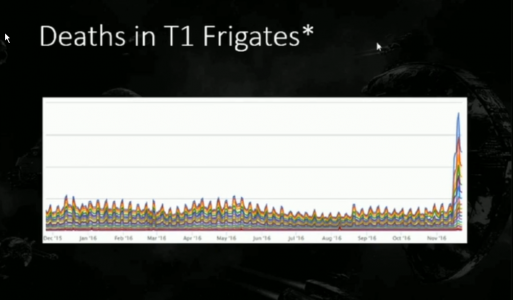 As might be expected, new players are also trying out mining in their ventures 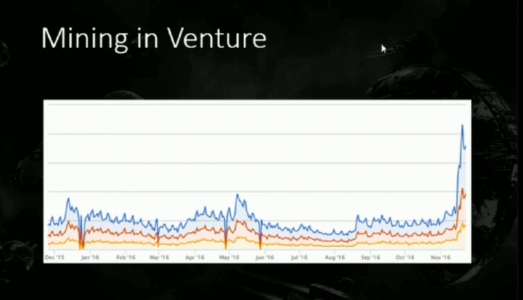 Players have not only been mining and getting exploded, they have also been doing the SOE epic arc 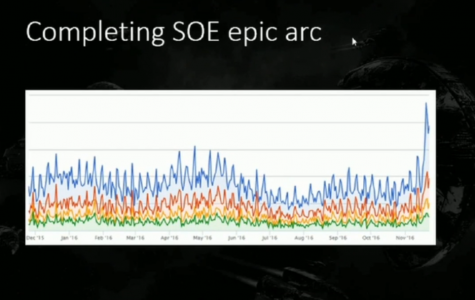 Also of interest was that CCP Karkur said some players are planning on using the NPC mining fleets as training for their new FCs, as the response fleets are sufficiently testing to give new FCs something to learn from. 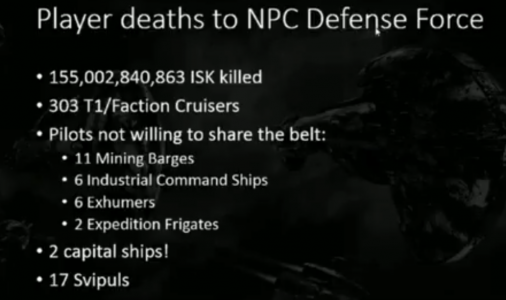 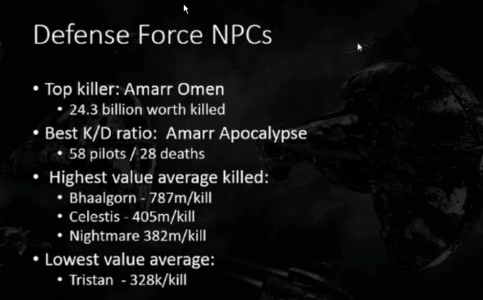 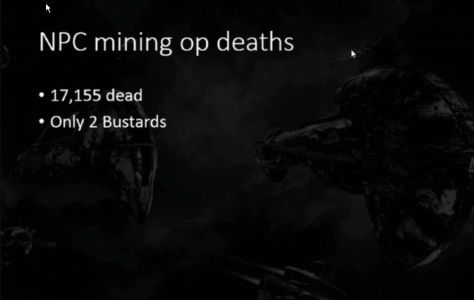 On the topic of Engineering Complexes, she revealed that over 350 have been killed so far (we covered the first Empire explosions last weekend).  Rorquals also had some post-patch info, with the P.A.N.I.C button being used 192 times so far (I was expecting a much higher value!).  Mining Foreman ships seem to have become much more popular too, with a large increase in the number of jumps made with them, which is a metric CCP use to measure usage of ships. 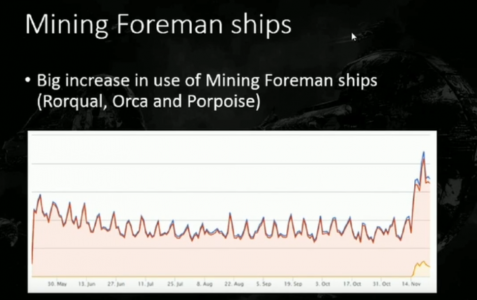 Command bursts are primarily being used for mining so far, with 2248 unique characters per day activating the Mining Foreman II, compared to 655 for the 2nd most used, the Shield Command II. The least used is the Electronic Hardening Charge.

There are also presentations from the first day from among others, Zarvox and CCP Antiquarian so, we highly recommend you check out the stream linked at the top of this article.