August 2 CCP released a devblog promoting a new part of their current Season of Skills, “Skilling Spree”. This devblog is for a Speed Run contest;

Undock, find and kill one NPC in the fastest time possible while flying any Tech I, non-faction frigate class hull.

Please note, that the devblog also states that “Entries to the Skilling Spree Speed Run contest must be in the form of a video that shows the full task for timing purposes.”

Players can win 1.5m SP for first place, 1m SP for 2nd, 500k SP for 3rd, and honorable mention wins 250k SP. This is for a video contest, but the devblog gives an opportunity to remind everyone of the most efficient way to do this part of Season of Skills.

When talking to players about Skilling Spree, I have heard that some systems don’t have many rats, that the systems around them are full of ratters already, or their alt is a market or indy alt without combat skills.  If one of these applies to you, well, there is a way you can still take part in this event.  I would also recommend this for anyone running Skilling Spree anyway.

The first thing to do is be in High Sec. Open up your Agency and select Tutorial.  Now, if you have not done the tutorial before, you will need to run the first mission to clear it out of the way. This will add to your timer, as the timer begins from when you undock. Do not worry though, the rules for this competition state that you can try this as many times as you want. 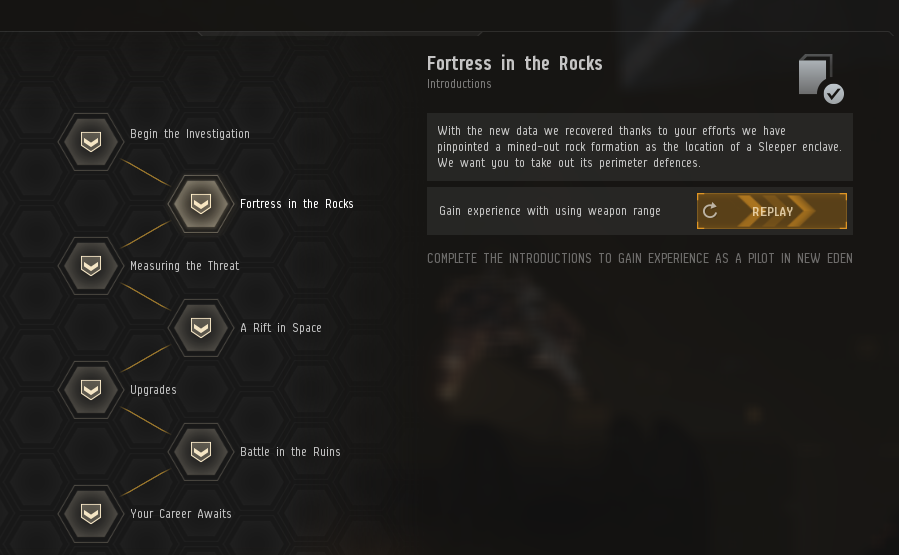 You are going to want to hit “Replay” on the tutorial mission you select. I recommend number 2 or 3. If doing this for the contest, get yourself a T1 frig (or a corvette if that is all you can fly). Do not take number 4, as it has a pre-requisite at the site.

Undock, and “Warp to location” 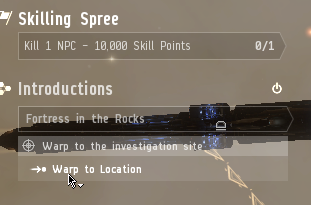 Kill the Sentry tower (If you chose “Fortress in the Rocks”) or the 1st Seeker on grid (if you chose Measuring the threat). Cancel the tutorial. 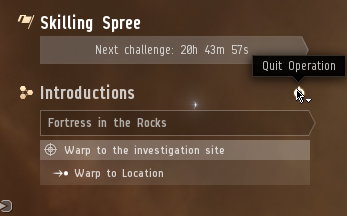 While obviously not everyone can be making a video of their rat hunting, this method gives you a reliable way to find a rat anywhere in High Sec. NB: Jita is not an available location for the tutorial, nor is Nullsec but otherwise you should be fine!

Just a few hours ago, CCP released the patch notes for...