Unless you have been living under a rock this weekend you will know that, as of Friday, once again Eve is dying. In conjunction with the already much-lamented change to mining anomalies, CCP did a surprise nerf to Fighters.

And suddenly the sky was falling.

To add further insult to the injury, CCP Quant took to Reddit to tell those who were decrying the change, that they were actually the ones to blame for the change.  In so doing CCP Quant made the situation many times worse.

The bitter words really started flying then. Before too long Facebook, Reddit, and Twitter started to show a hint of the scope of people’s anger and screen captures of cancelled subscriptions began to float through people’s feeds.

Earlier today, CCP Falcon, in his capacity as the community manager, released an updated statement relating to the changes.

The original dev post was updated by CCP Phantom to show the new changes. He then went on to show off some graph porn to support CCP Quant’s original assertion that the problems lie with the very extremely rich in super caps ruining the economy by printing ISK. A closer look at the data, however, shows a number of significant flaws. Not the least of which is that it only covers 5 days in June. It also is notable for only looking a narrow cross section of Null sec operations. No mention of Hisec mission running or incursions appears which would be important data points if the focus is really on stemming the tide of ISK into the entire economy. 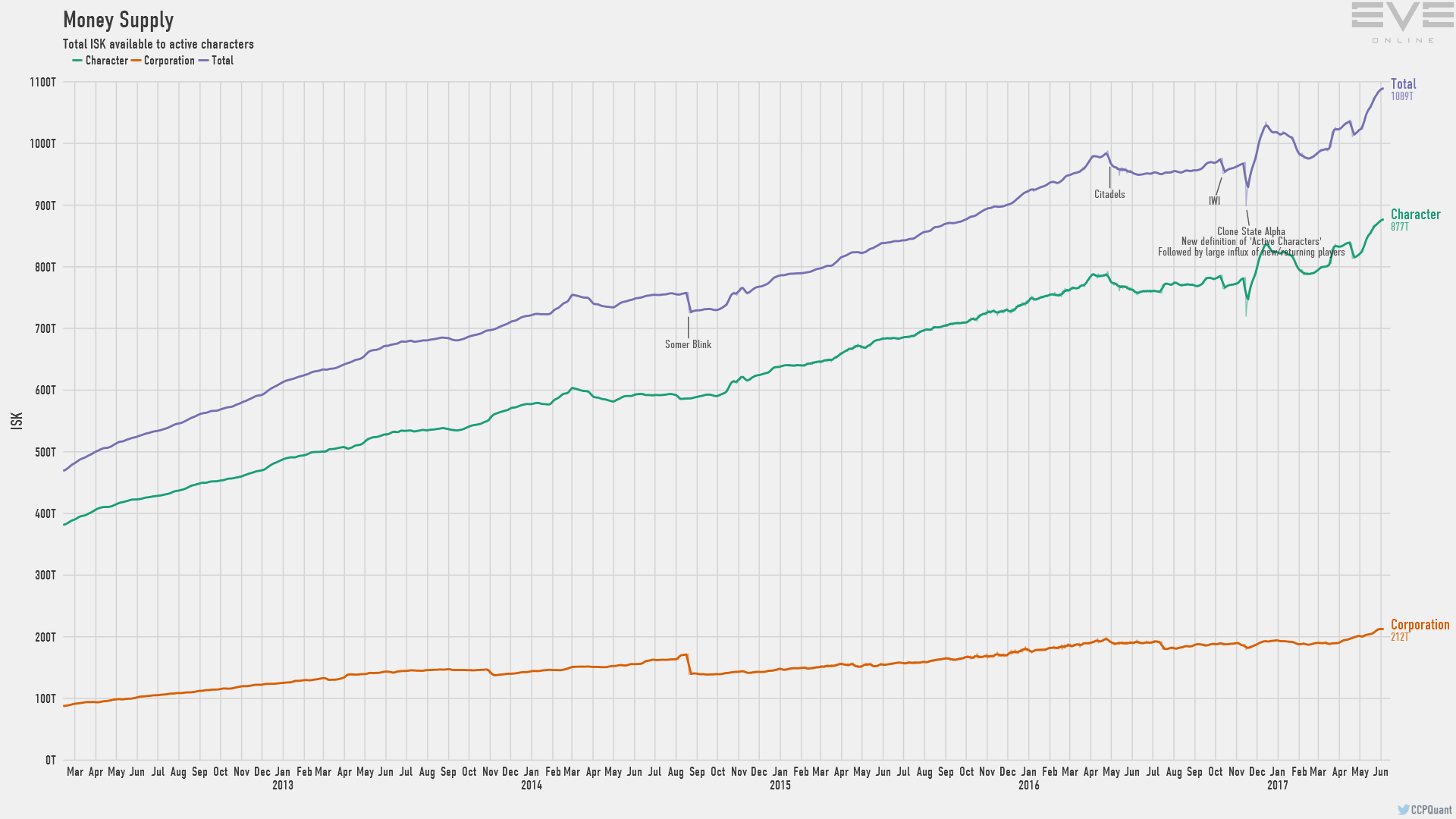 Ultimately most people can agree that there is more ISK coming into the system than CCP has ways to pull back out again. Smarter minds than mine will work the problem over in the coming days with a number of ideas on what the changes actually mean in terms of isk per hour and the price of plex.

A better way to examine the problem might be to pick a nominal ISK/HR that an average super carrier can produce. Then using that as a baseline, determine how many of a given hull is required to then match that performance at a given activity. For example, it may take 6 VNI’s to get the same total isk per hour. Once you know that function, determine the cost to skill inject to the required levels (so one char to the super vs 6 to the VNI) and you can determine in moments how many hours it takes, at that fixed ISK/HR, to start becoming profitable. Should you choose to take it one step further and subtract monthly plex maintenance and you can see where the real problem lies.