Q-O in Delve was under attack just minutes ago by a force of what appears to be roughly 100 Drifter battleship, attempting to reinforce the Keepstar in the system. This has been followed by reports from TEST space of similar activities, and aggressive Drifter gate camps in Detorid, who are shooting and killing all players on sight.

These reports were then followed up by almost every other region of nullsec, as large fleets of Drifters appear to be present and pursuing their own objectives against player structures and ships.

This is a massive departure from the previous behaviour of the Drifters, who normally are only present in their own wormholes, or around the Jove Observatory structures and in defence of the Lancer NPCs that were their heralds and scouts in the cluster. As of yet, no structures appear to have been fully reinforced by these attacks, as defences have been mounted by those under siege from these aggressive Drifter fleets. However, given these fleets retain the subcap doomsdays present on other Drifter ships, they seem to be incredibly challenging to fight off.

This may be the third, and final stage of the Invasion storyline, with the Triglavians Incursions having been Part 2, as Drifters and Triglavians are strong enemies in the lore – Being called out alongside the Sansha in their declaration of war against the cluster.

However, what caused them to become hostile to players is as of yet unclear, with some even speculating that it could be the result of a bug.  INN will keep an eye on this developing situation and update you as any new information becomes available. There are reports of Drifters having reinforced the Keepstar in U69 in Detorid, and attacking players in Anomalies. Early reports from the Keepstar indicate that the damage cap usually applied when shooting structures is not applicable to Drifter attacks. 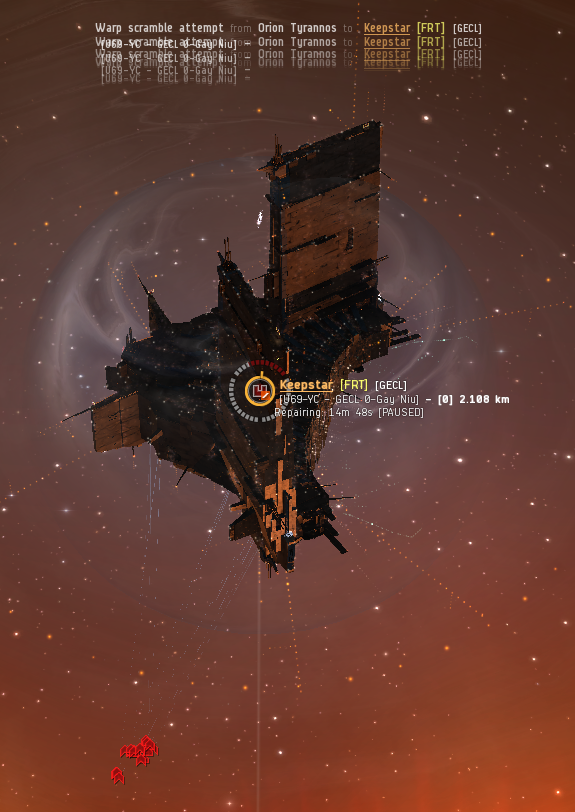 UPDATE 2140 UTC: A video has come out of the Keepstar being reinforced

UPDATE 2157: A GM has confirmed that this is intended and not a bug.

UPDATE 2314: INN has learned that at least one Pandemic Horde keepstar has come under attack. An attempt was made to reinforce the KQK Keepstar, but the Drifter fleet was destroyed.