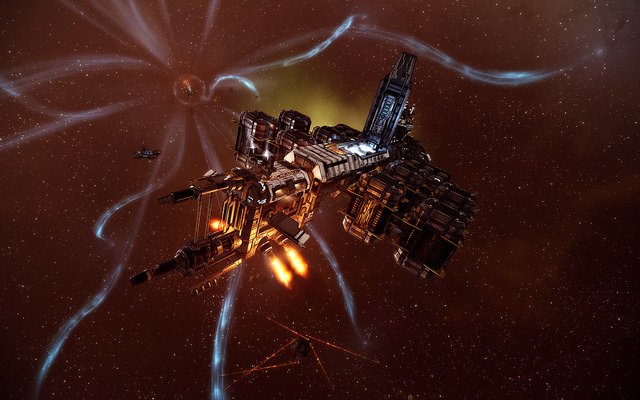 An ongoing capital brawl has broken out in 8P9-BM in Providence between Pandemic Legion and Curitores Veritatis. The fighting has claimed a 56b ISK Rorqual flown by Doomchincilla of PL as one of its victims. The pod was also destroyed, and a 32b ISK Hel. As the fighting continues, CVA’s forces are reported to be getting rapidly destroyed, but already far ahead in the ISK war. 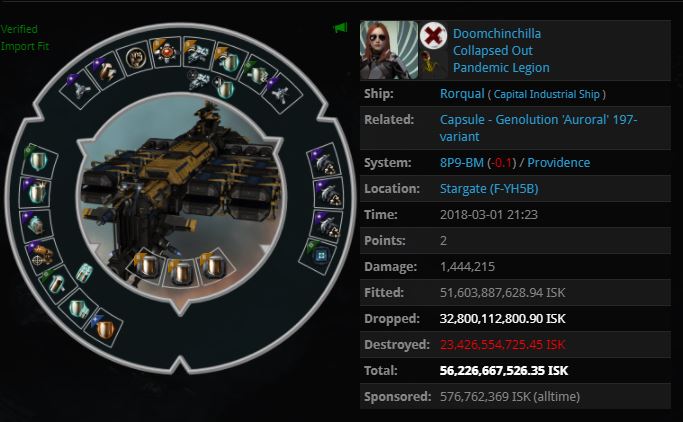 INN will continue watching events, and bring you more as they develop.

UPDATE: Doomchincilla has tweeted about the loss:

To those that don't think we saved most of my purple mods, here's what we saved by dragging to another rorqual. Today I learned about the rorqual changes… RIP my 298 killmark rorqual https://t.co/NsLhcbIOJC #tweetfleet pic.twitter.com/uRDvPpAWPx