This weekend saw the final weekend of the second Anger Games tournament, with both days having high-quality matches, upsets, entertaining commentary, and surprise guests.

Elise Randolph made an appearance again on the Eve NT team, again using a pseudonym, which commentator Moomin Amatin described as “Making him seem like a 13-year-old boy”

The Saturday saw Rogue One complete a clean sweep against V4Der (1h20m in), and other clean sweeps were Templis Calsf vs Eve NT (1h39m in), and Spooky Action At A Distance vs Reavers (2h08m).

Asher Elias popped into chat (3h41m) to explain Reavers last minute loss to Wang Gang (3h24m), explaining that his Gila loss was due to his burning out his prop mod from overheating.

The match between Rogue One and Eve NT (3h51) is well worth watching, it was a tense match, with a Navy Brutix, piloted by Laz, surviving for a fair amount of time with 2% structure 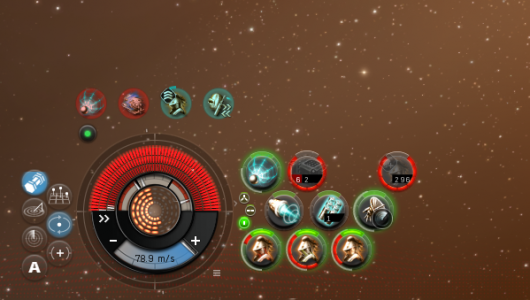 Imperium’s Rose Knightley was on hand on the first day and took some shots that you can see below, or check out the full album here. 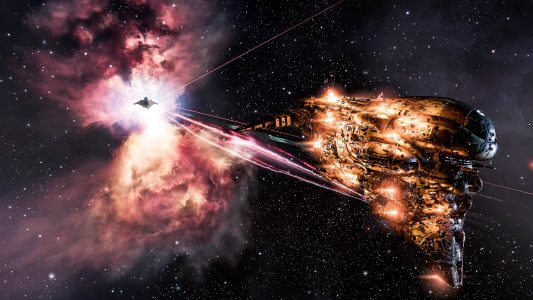 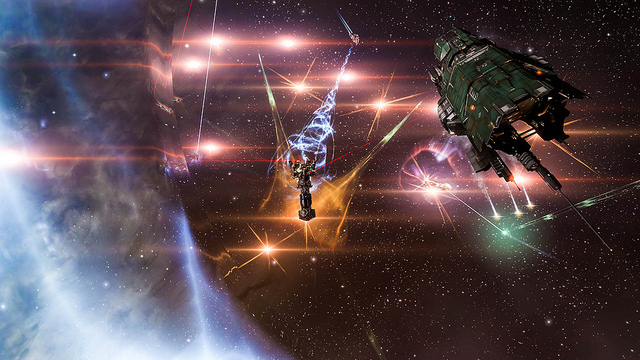 Sunday saw the final day, with Spooky Action At A Distance emerging as the winners, after a tense final match against Templis Calsf, where both teams lost their logistics ships in the opening minutes of the fight (2h56m in).

The final day of the tournament saw some special matches take place between the official matches, with one of the highlights being when Rhiload dropped into comms to assist Jin’taan with fitting advice for taking on Chiimera in a 1v1 (around 36m in). Jin’taan was provided with an expanded cargohold,  Rattlesnake fit by Rhiload (yes, really). Chiimera came out in a Hyperion, with Jin’taan eventually emerging victorious with around 1m30s left on the timer.

Imperium News photographer Razorien was present on the final day, and you can see his images here

Over both weekends of the tournament, the backstage team did well to combat technical issues, from blue screening on the first day, through to camera pilots being teleported out of the system and so unable to relay the fight.  Moomin Amatin, Jin’taan, Chiimera and Gommel Nox, and all the other commentators provided entertaining commentary to each fight, as well as between match small talk, with the chemistry between Moomin and Jin’taan providing a lot of entertainment.

Our friends at Eve NT as well as fielding a team, also assisted with hosting the brackets for viewers, and gave input on technical issues.

Sothrasil miraculously managed to herd cats and hold everything together, and even popped into voice comms on and off during the tournament, seeming strangely calm, even as the tournament discord channel was appearing to be in full meltdown with technical issues at times.

Kyalla Ahashion spent much of both weekends organising chaos, and managing the coordination between the backstage and front of house crews.

Finally, none of this would have happened without the efforts of Skeptic NerdGuy, RSG Lifeshifter and his brother, who provided the camerawork for both weekends.  We would also like to thank CCP for access to the Thunderdome server.

There is already talk of the next round of Anger Games, once Sothrasil and everyone else involved has had a chance to relax for a while (possibly on a yacht), and we will, of course, keep you updated on Anger Games 3 as it starts to be organised.

I asked some of the Anger Games staff and competitors what their highlight was; DBRB told me it was the first time his team (Rogue One) used a Paladin, and he 1-shot three frigates, Jin’taan said that he loved being able to work on his commentary, and that “watching so many upsets was absolutely insane”. For Kyalla, it was Asher coming on comms to explain his Gila loss, while Sothrasil pointed to the close final matches, including the last match of the day where Spooky turned a loss into a victory in the second half of the match to emerge triumphant. Moomin told me that “It would have to be the last two matches. Spooky went with a curve ball drone comp that we had not seen before and Templis did incredibly well against it. This then meant we were in essence over time. Two teams, only one loss each and that was against each other. Just in case people have not seen the match I will not describe it here, but the last match was incredible. I watch many of the tournaments and the Anger Games had many incredible matches which in truth surprised me. An outstanding effort on everyone’s involved part.”

UPDATE: VordakKallager has provided INN with a pair of videos from the Anger Games: Spooky v Bod, and Spooky v Reavers.