Editor’s Note: This article comes direct from the Goonfleet forums. Some content has been moved for formatting purposes.

tl;dr: The same people who attacked us in the Casino War are invading (or making excuses) in two weeks – except that unlike the Casino War, they don’t have the infinite cheated ISK anymore, while we have Keepstars and Delve. We’re calling this one World War Bee, and we hope to avenge our loss in the Casino War!  If the pubbies don’t bitch out, it’s going to be amazing.

You might remember TEST from the Fountain War, where we we very patient and diplomatic with them for years before they betrayed us, tried and failed to kill us, and then we wiped out everything they had in one of the galaxy’s most vulgar displays of power culminating in the massacre of 6VDT.

Years later they took part in the Casino War. After we lost the North, we have entertained ourselves with campaigns of vengeance. C02 was completely erased from existence for their treason, NCdot humiliated and glassed, kicked out of their favorite region of Tribute. Against these same pubbies, we have won every single supercapital battle and laughed as they docked their faction titans in shame in their keepstars – which we then destroyed.

As I’m writing this post I’m trying to recall all the shit that has gone down since the Casino War, and it really is impressive how thoroughly we’ve ruined these guys time and time again – every major supercapital fight since BR-5? We crushed them. Same people. Over and over again. Sucks to suck – yet for some reason they think this whole invasion scheme is a good idea, and maybe this time it’ll play out different and we won’t spend years hunting them for sport. Again.

It wouldn’t be a war with TEST without a story of them being backstabbers; the Madness of Montolio plagues their culture to this day. One of the reasons we deployed northwards against Snuff was that Legacy was interested in having a go at Panfam in Cache, and our deployment might pull off Horde or some of the other hangers-on and give TEST a chance. We figured TEST would have a damn good reason to fight Panfam, given everything that PL has done to them since the Fountain War; surely they’d want revenge?

For whatever reason, TEST has a habit of allying with Panfam to attack us, and then after that falls apart Panfam turns on them and pushes their shit in every single time. This has happened repeatedly through their history, after the Fountain War and again after the Casino War – they are like an amnesiac lapdog, forever surprised when their master beats them.

So we had high hopes for Legacy against Panfam in Cache. We’d shake the dust off with a GEF deployment to Cloud Ring and draw off Snuff, Conifers and Horde while Legacy fought against Panfam. 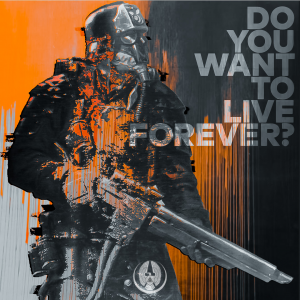 An exception to our campaign of vengeance due to convenience, TEST hasn’t paid a price for their involvement in the Casino War. That’s because it was much more sensible to have a NIP with them, living right next door as they do; they need it more than us and were entirely aware of the balance of power. They knew if they ever pissed us off seriously we would skullfuck them due to that awkward unpaid blood debt, so the NIP made good sense for a variety of reasons which I’m absolutely delighted to report no longer matter ever again because TEST has announced they didn’t want that NIP anyway, it will end on July 5th – oh and also they’re invading us.

But we already knew that, and have been talking about it internally for weeks – mainly because Piggles couldn’t keep his mouth shut.

See, the past couple of months Progodlegend has run around talking to basically every alliance who has ever shot at the Imperium and gotten them on board with the idea of invading us – because we’re in a super weak state, see, things are really rotten internally, it’ll be easy guys – same play as the Casino War, same gaggle of hostile FCs – Killah Bee, Piggles, the usual Panfam crowd, blah blah blah. Except they haven’t realized yet that the reason the Casino War worked was that they had literally infinite isk from the now-banned casinos – in their minds it was totally their skill as commanders which brought them to victory against us, and an inconvenient historical footnote that, immediately after we lost the Northwest, their casino allies were all banned by CCP for real money trading. Oops! And that’s the real reason why the pubbies hate us calling it the Casino War.

So we knew the bads were planning this. We announced our withdrawal from Cloud Ring to pre-empt their strategy, which was to be a standard dogpile which would work great if we were complete idiots who couldn’t have seen this coming a mile away. Having now juked our foes, we have pivoted in a massive effort to fortify our space and prepare for restofeve.jpg to descend on us.

A serious internal debate emerged in the directorate: how to message this situation to our line? We knew the enemy had an all-Eve invasion plan aimed at us. We knew our asses were hanging way out in Cloud Ring. We knew it was literally the same idiots from the Casino War. But we’d look like fools if we just said ‘guys, they’re going to invade us!’ because they could just not, right? And we couldn’t expose our sources or methods behind the intel. We’d look like we were making excuses for leaving the region, etc etc. How to get your guys to prepare for full scale war without giving away the fact that you know one is coming? You can hear me tiptoeing around the impending invasion on that Wednesday fireside, and that’s why. 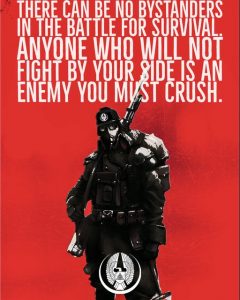 So I am simultaneously annoyed and delighted by what happened next:

They spelled the whole damn thing out on Talking in Stations. (gets slightly more tolerable at the 30 minute mark, the first 20 minutes will kill brain cells)

Got their whole gang together and yammered about breaking the NIP, openly admitting their plan to dogpile us in Cloud Ring – and the fact that it had been planned for some time. Usually if you’re going to try to backstab your neighbor, you don’t tell them weeks in advance! So that solves all of that.

We suspected this was coming, the evidence built up as NCdot deployed against us, and Piggles couldn’t shut the fuck up so we’re yanking everything back from Cloud Ring and digging the fuck in. GSOL are flying around like goddamned heroes doing an absolutely insane amount of work, because it’s rare that your enemies spell out their plan to invade you on live TV and that you’ll have two weeks of extra notice, too!

So now these toolsheds have brought their bullshit to our doorstep. We’ve spent years scheming up better ways to turn Delve into the greatest pubbie woodchipper ever created, and are transforming our space into a hyperdense ball of go-fuck-yourself. You can hear the pubbies hesitating and blaming each other for the fact that we fucked their little plan up on Talking in Stations yourself, but understand this: we want them to invade us. This is the perfect war for us right now. We have Keepstars, and they do not have any casino isk. We will be outnumbered, we will lose titans, we will lose Keepstars, but no one can fight a war of annihilation quite like us – and at a fundamental level, no one enjoys it quite like we do. We’re fucking ready. Bring it, bitches.