The more informed of you will notice that the headline for this article is the one that other “news” outlets were expecting to use. In reality, it was a very different series of events. Although given the past performance of these so-called neutral news sites, I am sure you can expect to see further articles in how much I am a liar or similar in the not too distant future.

Ritual burning of Jita has become a popular event for members of The Imperium over the years and with good reason. It is a time to remind hisec that The Imperium exists and that their safety is quite illusionary. Derided often by those on the receiving end, it is yet another way in which The Imperium look to craft the best stories that Eve Online has to offer for their members.

The chosen name for this year’s event had come about from the Meta Show. At the time charities within Eve Online were quite topical. It only made sense that the publicly spirited members of The Imperium join in on this. All too naturally Burn Jita snowballed into “Burn Jita….. for the kids”. Thus #BJ4KIDS was born into existence with only negative connotations to those of lesser morality.

Fun had already begun leading up to this event with the cunning piece of deceit lovingly crafted by Miniluv and CODE. With rumours spinning out of control about how this year’s Burn Jita event was going to be delayed, if not completely cancelled. This glorious ruse was covered in detail in the fine article by Stephanie Daugherty that you can find here. So it seems that the first casualty of this year’s Burn Jita would be the credibility of some.

As soon as downtime on Friday the 24th had completed the first pings went out to Imperium members. In very short order a fully armed and functional ganking fleet had been formed. Questions were being asked in fleet as to what was needed and they were immediately pointed to the lengthy posts on the Imperium forums where every detail had been carefully covered.

The very first freighter loss for this years event was granted courtesy of Princess Jen of the Evil.Tech alliance at 11:51. A reasonable kill for 3.2 billion with almost half of that being dropped in loot. The Imperium thanks Princess Jen for their generous donation to BJ4KIDS.

Further kills started to roll in. The ganking machine was warmed up and popular enough that a second fleet soon had to be formed. For almost the entirety of the event there would be two ganking fleets up and running at any one time. Often there was the danger of a third fleet being required.

The ganking process was finely tuned. You would be given a ship. Undock when told to. Fleet warps were made on your behalf. Instructions were incredibly clear and concise. Following the simple instructions, you only had to ensure that modules were overheated to gain maximum effect and shoot the thing as required. Having shot your target you simply waited for the space police to remove you from your ship. Once you had returned to the main staging station you simply hopped into a new ship and waited for your criminal timer to expire. Rinse and repeat for the whole weekend.

This was only possible with the heroic efforts of numerous support characters who found targets, scanned them and kept them bumped and unable to run away. The work was not over for the support group once the kill had been secured as they then set to work to scoop the loot. After all with so much value being dropped it would be foolish to let it go to waste. It was truly a magnificent demonstration of coordination and tenacity that made this event so effective.

A play on account names had also been requested for this year’s event. The format was to be “BJBee 123” or the like. Additionally, a corporation was created for these alt accounts to be homed in. This way it would be very clear as to how this year’s Burn Jita event was progressing. The corporation was named “Suddenly Seamen. A Naval Charity” as it seemed fitting. I mean, pretty much everyone likes seamen and charities, yeah?

Freighters were not the only thing to be ganked during this event. The Jita servers had to be restarted a number of times despite being run on the best hardware CCP had to offer. Often, Jita would see in excess of 2k players at a time. With the added complexity of the game code handling the additional events, such as spawning of CONCORD (AKA the space police) to deal with the incursion of miscreants and ne’er-do-wells. Other oddities were also present and the market and the data relating to it were also suffering. It is unfortunate that the node crashes did not also generate a kill mail. Participants were encouraged to submit bug reports in order to help CCP locate errors as this was an opportunity to help in the stability of the game.

The residents of hisec were not going to stand for this invasion. Anti-ganking fleets were formed with bait freighters present to thwart the efforts of The Imperium. Once the ineffectiveness of these was demonstrated they became progressively less popular. Attempts were still made though and there were occasional freighters that managed to escape.

With BJ4KIDS being so popular within the Imperium there was a very real risk of running out of Coercers, the preferred ganking ship. Tens of thousands of these ships had been prepared in advance but the uptake had surprised event organisers. Plans were quickly put into place to ensure that the event could continue smoothly as well as important lessons being learnt for future events.

An event of such magnitude would be lessened if drama were not to rear its head. Ransoms were extracted from freighter pilots with some paying multiple times. But the Imperium members being the honest folk that they are, honoured any agreements made, in the main. Unfortunately for the freighter pilots, such deals were made with a single bumping pilot, and as one honoured the agreement they would quickly be replaced by one not subject to the agreement. A fair amount of posts were also made to the likes of Reddit as you would expect. A personal favourite was this one where the OP was claiming that accounts should be banned. Little did they know that not only were no rules being broken but The Imperium was quite keen on retaining their specially trained pilots for future events.

Spirits were high within the ganking fleets. This was probably due to not only having special “no chatter” rooms created so that those present in such channels only needed to hear the FC. But also there were rousing sermons provided such as this one. Two ganking fleets were often running throughout this weekend, which is impressive in its own right. A plethora of additional content has been created in the form of pictures and videos, some are quite stunning, such as these ones by Razorien, including the one below. 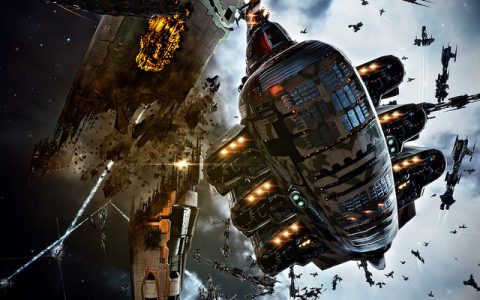 It would be senseless to list all the great kills that were made through this event. The stories of bad fits and interesting cargo were far too numerous. For example, this Tengu fleet was killed by Coercers in the main. Now how often do you see that happening? It was rumoured that this Tengu fleet was on its way to Curse to farm Brave.

Former Miniluv leader Warr Akini also made a guest showing where he ensured the demise of many a freighter. There were even rumours that The Imperium’s dear leader, The Mittani, had graced the ganking fleets with his presence. This would seem too far fetched to be considered true if it were not for video evidence from his stream.

This event would not have been possible if it were not for the herculean efforts of Boneytooth and his team in Miniluv. CODE also have a very special place in this event for all the work that they put in. The total ISK killed for this years event totals 747 billion from those characters linked to the Suddenly Seamen corporation alone. Yes, despite all the naysayers comments the 2017 BJ4KIDS event has been the most successful Burn Jita operation to date.