Ushra’Khan Execute the Siege of Amamake

As I write this, a whirlwind assault has recently been completed on Amamake, ending in an astoundingly quick victory for Ushra’Khan, who reclaimed the system months after it was seized by Amarr militia. As a key border system, Amamake holds significance for both sides, and its precipitous fall does not bode well for the Amarr militia, who previously spent months, not days, to wrestle it away from Minmatar forces.

But the faction warfare on the frontiers of New Eden is not just a battle for territory–it is a war of ideology. On the one hand, the Minmatar struggle for the principles of freedom. On the other hand, the Amarr fight for the rights of dominion bestowed upon them by their god.

In the midst of this battle, there is another ideology at play, one summed up best by the quotation adopted by its followers:

“There is no hunting like the hunting of man, and those who have hunted armed men long enough and liked it, never care for anything else thereafter.”

I recently got in touch with the leaders of some of the most prominent Amarr, Minmatar, and independent alliances engaging in faction warfare in the Essin, Hed, and Jayai constellations and beyond.

This article is the first in a series that is planned to share their insights, their stories, and their visions of what’s to come. We begin with the Ushra’Khan.

The Ushra’Khan, who hold the enviable distinction of being EVE’s oldest alliance, have been fighting for the Minmatar people for years. On July 25th, 2022, Ushra’Khan diplomat Xaar announced the fall of Amamake to Amarr forces, a humiliating and hard-fought loss brought about by close coordination between Amarr militia and local pirates:

“…one of the most prominent pirate groups currently active in this Amamake warzone, “Hidden Leaf Village Ninja whatever” alliance openly choose [sic] the Amarr side and played a pivotal role in swinging the system to the Amarr side.”

The name of the pirate alliance that Xaar refuses to dignify is the Hidden Leaf Village Ninja Assassin Squad, whose core membership lies in the Congregation, a corp that proudly pursues “the hunting of man.” I will speak more about them in the next article, but for now, know that they are one of the key factions opposing the Ushra’Khan, in addition to regular Amarr militia. 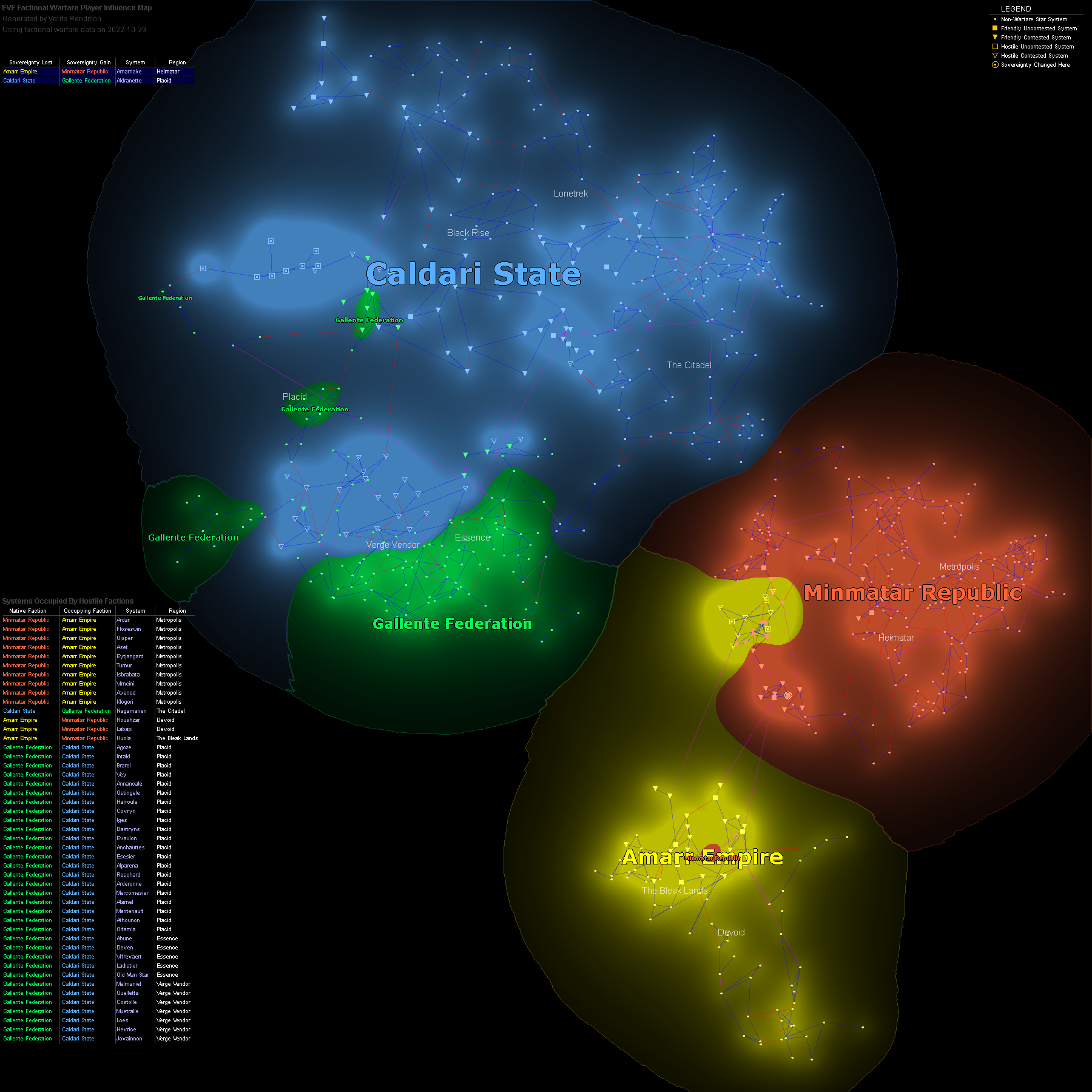 However, the fortunes of the Ushra’Khan have improved: weeks ago, a full-scale retreat from Vard was announced by Amarr-allied forces. Even more recently, the Minmatar declared a major assault to retake Amamake.

Now, I wish to take you deeper inside the minds and war machine of the Ushra’Khan. The following questions were posed to the leader of the alliance, DeT Resprox.

INN: Overall, what is your impression of the current state of conflict (challenges, advantages, opportunities, threats)?

Resprox: Right now, in particular over the past few weeks, the Minmatar are on the full offensive. Multiple Amarrian held systems have fallen throughout the warzone with much less resistance from Amarr than previously seen.

We have seen them show in force when it matters to defend systems under heavy siege such as Vard and Egmar, but other than that there is no real threat from the Amarr at present.

With this offensive taking place, we have pushed our own advantage in carving out our own systems in preparation for the future to lay stake to frontlines and core systems.

INN: What maxims, philosophies, or guidelines do you and your allies keep in mind when looking at the ongoing conflict?

Resprox: The key is for all of us to be working in unison.  We have seen that in doing so and in keeping our fleets rolling that others fighting for the Republic come to join our cause. Working together is key to progress.

INN: In your mind, what have been the key moments of the past 3-4 months?

Resprox: The fall of Amamake in July was of huge significance for us.  Amamake is a key system for the Republic.

We regrouped ourselves and ensured that our members were based out of Bosboger where we made our preparations.  The Ushra’Khan council planned our next steps and through evepandora, Pol Macsliebh launched a 3 week-long campaign for the entire faction to take part in called “On The Offensive”.

The effect this had was immediate and lethal. 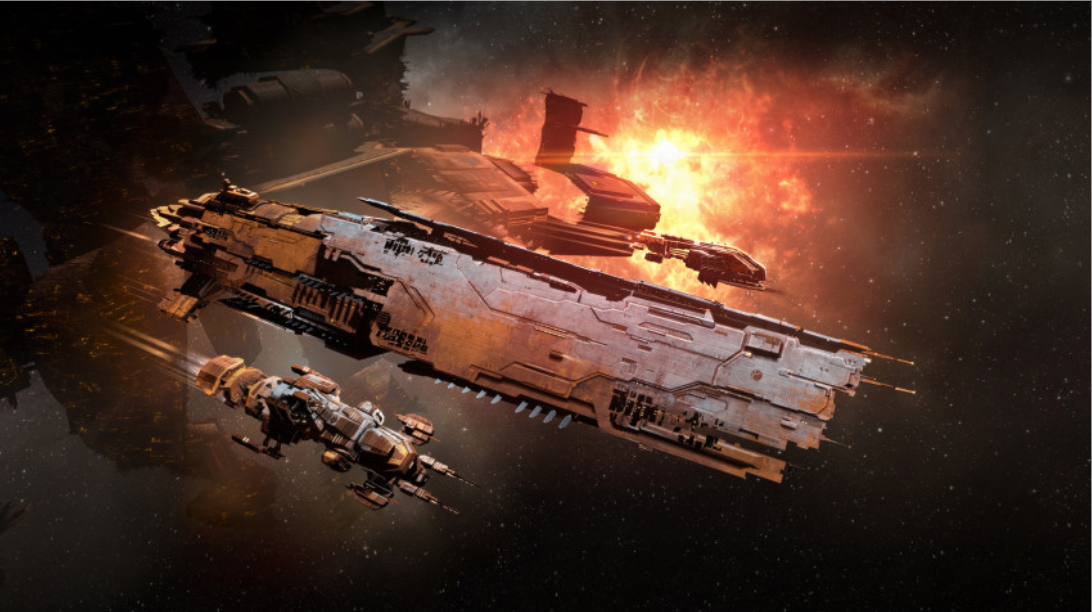 Our citadel in Egmar came under attack from the Amarr and the final defence turned into a melee between three parties with our own largely watching from the sidelines as bedlam ensued resulting in the survival of our citadel and allowing us to move assets into the system an launch an offensive on Egmar, culminating in “The Siege Of Egmar” campaign—which saw the system liberated by the Republic in a matter of days.

Just a few days prior to this, we had fully staged ourselves in Vard and launched a full attack with our allies to reclaim the system.  Forty Winks, Pol Macsliebh, Harkon Thorson and a number of the Fleet Commanders led the push with “The Slaughtering In Vard” being launched.

In the closing days, the enemy began evacuating their citadel and the system itself.  This very citadel fell and just hours later Vard was ours.

INN: Tell me about some of the people (both fighters and those working behind the frontlines) that have made a major impact in the past 3-4 months.

Resprox: Kronen, Brother Noro and Khaprice are among those who made a significant impact during the “On The Offensive” campaign.  Their constant pressure on the enemy systems helped lay down a domino effect which saw multiple enemy held systems fall on an almost daily basis.

Forty Winks has proven himself to be one of the finest Fleet Commanders of the Republic having led multiple fleets in “The Slaughtering In Vard” and its lead-up, as well as the “Siege of Egmar” campaign…he has come a long way in the past year and is a tremendous asset for the Republic as a whole.

Infinite Pew, Wild Geese, Of Sound Mind joining and Electus Matari returning to the cause has also seen our numbers increase and together this has combined to have the impact we have had in Vard, Egmar and other systems.

ON THE ART OF WAR

INN: What strategies have you and your allies been employing, and what are your prime objectives at this point?

Resprox: Our staging has been key, with specific doctrines made available on alliance contracts so that we can have the ships and fits ready for when needed given the situation. We have been able to ensure that we have had the ships available for handout during our militia fleets due to the sheer number made available at the time.

Our prime objectives at this point are to be kept behind closed doors, but as you see movements made you can be assured that they have been planned within the Ushra’Khan council and with our allies as one.

INN: What tactics have proven most fruitful for you and your allies? What enemy tactics or ships have you been struggling against?

Resprox: Worms….we simply hate them and a certain someone of the enemy tends to have three of them out at once. We do have a counter for them but there’s times when worms and other events going on at the same time in the system can outweigh [us], especially if we are out in simple frigates. Also, kite-y slicers that hit from 50km+ are like annoying mosquitoes! 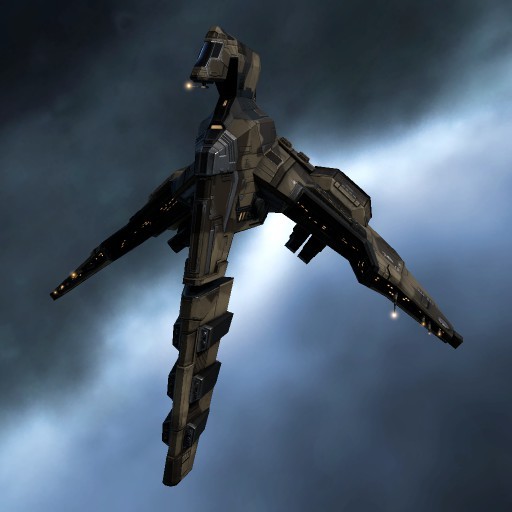 INN: What ships and fits have served you well, and what ships/fits have you been experimenting with?

Resprox: Our artillery Thrashers are a mainstay in any fleet and Kestrels prove to be effective.  Our fights in Vard and Egmar have seen us move into Stabber Fleet Issues while our citadel sieges and defenses, largely led by Forty Winks, have seen Typhoons as the mainstay.

I hate to say it…but Punishers have proven to be effective too in the conflict. For the record, you’ll never see me in any such foul contraption developed by the enemy!

INN: Please tell me your corp or alliance’s vision for the future.

Resprox: Ushra’Khan continues to grow, in particular over the past couple of weeks. We have roots both in Molden Heath and Providence and as we grow I would like to see Ushra’Khan reside in Providence in some way so that we have options there too. Molden Heath could be an option in future for expansion but we will remain at the forefront of faction warfare, always.

INN: What kind of capsuleers do you need most right now?

Resprox: We wish to grow ourselves with multi-role capable fighter pilots in preparation of what is to come. We are also looking for industrial pilots and shipbuilders to help prepare us as we grow to enable those fighters to put the tools to work against our enemies.

On the evening of the 27th October, the Siege of Amamake campaign was launched.

INN: What would you like to say to your enemies?

Resprox: None of you are safe. Matari blood pumps through our veins and we are stronger now than before. It is not just you who will be laid to waste. Look, too, at defending those who ply your markets with the minerals and materials that you rely on to feed your war machine—we will come to your home systems and stop it dead in its tracks.

We come for your people!

THE SIEGE OF AMAMAKE

The following message was sent out by the Minmatar Militia on October 27th to herald the Siege of Amamake. We present an except here:

Now we lay siege to the bastion that is Amamake – a system of high significance to the Matari.  A border system into the safe haven of Minmatar, for too long have our traders come under threat from Amamake’s holders. We must strike now while the iron is hot and take back that which is rightfully ours.

Founder & Leader of the Ushra’Khan

Now, a mere two days after the beginning of the campaign, the Siege of Amamake is over. As of writing, the system lies in Minmatar hands, at 1.3% contested. It’s a stunning victory for Ushra’Khan, and one that solidly reverses the events of July. It’s also a testament to the alliance’s logistical prowess and sustained operations—if Resprox is to be believed, the fall of Amamake truly began with the “On the Offensive” campaign carried out by Kronen, Brother Noro and Khaprice, which laid the groundwork for the siege.

A near-total victory like this is a moment of profound significance for any alliance: it is proof that their leaders know how to conduct decisive operations, that their fellow pilots are ready and willing to shed blood and sacrifice ships, and that their enemies are unable or unwilling to hold back their indomitable will.

And it is in the minds of capsuleers that all wars are won.