The End of an Era

The Fireside chat on July 17 was hyped more than normal. Those with ears behind the vale of leadership said this would be big, so missing it would leave you ill informed. I was sitting in the channel when the ping went out, and Mumble filled quickly. The count climbed passed five hundred and fifty before The Mittani began the formal presentation. Though the channel settings would not let us talk, you could hear the tension in the silence leading up The Mittani’s first words. After a routine opening, with some quick updates on what had happened in the last week and why the Fireside was no longer being streamed, we got to the big announcement. The delivery did not disappoint. “We are moving.” Just like that, everything we had come to know throughout the war changed. Despite never uttering the words, the message was clear. The North had fallen, those who usurped it from us were now the undisputed lords, and we had lost. 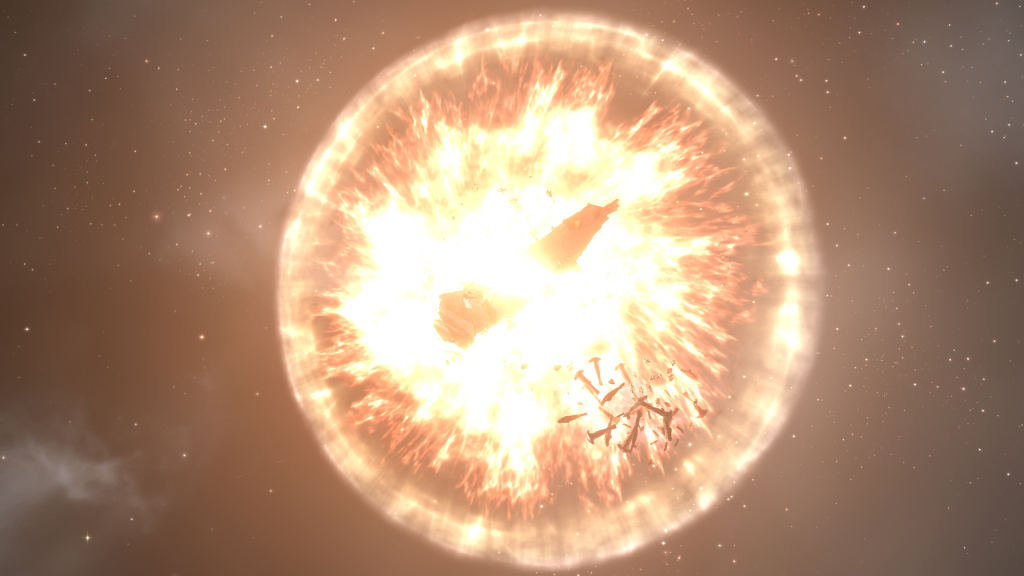 The announcement triggered many practical exercises across the Imperium. The conclusion of the Fireside saw the undock of our staging station become a graveyard of old doctrine ships, unneeded hulls, and random personal ships sacrificed for their insurance payout. Rather than wait out the self-destruct timer, many opted to let their friends and allies give the once proud ships a good death under a hail of gunfire. Others took their ships out of Saranen in one direction or another, one last fight against the invaders before death. Still more were stripped of all their fittings and sold off to marketeers. What ships survived these purges were packed tightly away in the hangar bays of waiting capitals. Destined not to feel the cold of space again until arrival at wherever we are going. Few still remain free to fly, either awaiting death, hanger space, or to be used until the last fleet leaves the North.

For the pilots, there are a mixture of emotions. Panic at a lack of liquid ISK or large amount of assets trapped with retrieval near impossible. Anger at having slowly clawed our way back from the dark days of the camped staging undock, to what we hold now and giving up on it. Sadness at never returning to the only space they have ever called home. Smugness that the opinion they took at some point in the conflict that we should move away has now been chosen as our path. Excitement for what lies ahead, and the trials we will face there. Hope that we can build a new home grander than the old, that dreams crushed by the war can be renewed. Anticipation of what it will be like to live somewhere that we built, not atop the empire the CFC of old constructed.

I leave the North much richer then I came into it, both in wealth and experience. I arrived in Deklein one September evening with a travel fit interceptor, a PLEX’s worth of ISK, and a sense of wonder and relief that I had not died on the way in. I left Deklein proper with multiple battleships stronger than any I had flow prior, and much more ISK. I leave the North now with a fraction of what I had at the peak of my stay. All I own is currently packed away in my carrier, namedLiberator for the task I believed she would play a part in. The Apocalypse Navy Issue Barham, which I flew on many fleets. It was with this ship I was involved with my first Titan kill, and the next three after that. A Stratios named Barb, which I used to prowl through my former home as a reminder that the Imperium could still strike back against the line members of our enemies. The last ratting ship I own, a Ishtar named Royalist, will someday rid the skies of my home from the local pirate menace again. Minotaur, a Phobos, relic of bygone home defence work, will guide sentry drones in defence of our space from intruders. Finally, Provocateur, Decoy, and Cygnus ensure that when we arrive I can answer the call for any Imperium fleet taking space in our name.

The Barham on a Citadel.

More important than the ships, I take along my friends. From those who helped me adjust to life in Deklein, to those I have helped do the same, and those who will fly beside me no matter how bad my idea is, I bring with me the best group of friends a guy could ask for. No matter what our last days in the North hold, or the trials of moving and beginning anew, I have friends by my side as this new chapter begins. The fires and troubles of these last months have made us stronger. These bonds are the true treasure I take with me, something I would have never imagined when I made the choice to join KarmaFleet.

Right now, I am nervous and hopeful. Nervous because I have never moved on this scale before. The last time I shifted around this many assets, I had no carrier but a substantial Jump Bridge network. I still get very anxious and excited jumping my carrier to a cyno, even if the system is empty. Hopeful because it’s a chance to start new. A chance to build a home together as friends. As we approach the moving date, speculation runs rampant. Where will we go? What will we do? Will I be able to rat again soon? Can we finally build that XL citadel that was planned almost the moment they were announced? I do not know any answers, but that is not a bad thing. There is one thing I know, my last ship out will be the same sort that was my first in. A Raptor named Taxi.