The strategic cruiser. These ships have dominated the EVE meta for years. In today’s New Eden, they occupy the apex position for subcapital ships in engagements of any size. The only real competitor they have in terms of popularity and overall effectiveness is the Angel Cartel’s Machariel-class battleship. And like the Machariel, they’re widely considered over-powered. As a result, CCP is also taking steps to correct this imbalance.

Unlike the Machariel, though, CCP’s rebalance efforts for the Tech III cruisers includes more than just industrial changes. The ships are going through what may be the most complete overhaul in EVE’s history. Now, those changes—at least in their current form—have made it to the Singularity test server. There have, of course, been a few hiccups.

The most important aspect of any changes to the strategic cruisers is, of course, ‘what the hell are they doing to my ship?’ The answer is ‘a LOT’. Slot layouts are changing. Base stats are changing. Subsystems are changing. In fact, which subsystems go where, and how many there are is changing! So let’s take a quick look at where we are now, before we get into where we’re going.

Right now, each race’s Tech III cruiser has five subsystem categories: Offensive, Defensive, Engineering, Electronics, and Propulsion. Each of those categories has four different subsystems in it. As stated above, those numbers are changing. The Engineering and Electronics subsystem categories are being merged into one category of ‘Core’ subsystems. Each of the resulting four categories (Core, Offensive, Defensive, Propulsion) will have three subsystems to choose from. As a result, the total number of subs is dropping from 20 to 12.

Some may worry that this will reduce the versatility of the hulls. However, in many cases, the functions of two subsystems are being combined into a single subsystem. For example:

Currently, the Loki has four Engineering subsystems. One increases capacitor size. A second accelerates capacitor recharge rates. A third gives more power grid, and the fourth gives an additional reduction in heat damage (something the T3Cs already excel at). One of the new Loki Core subsystems, the Augmented Nuclear Reactor, provides a bonus to the cap recharge rate, powergrid amount, and a small increase in capacitor size. It also gives improved resistance against capacitor warfare (ie: neuts/nos).

That’s not the only case of this sort of thing. The bonus resistance to module heat damage is being moved into the Immobility Drivers core subsystem. That sub will also carry a 10% bonus to the effects of overheating your webs. The logistics capability for all of the old Defensive RR-subsystems is being merged with the Command Burst capability of the (also defensive) boosting subsystem. And that’s all moving to an Offensive subsystem, while the Covert Reconfiguration subsystem moves from Offensive to Defensive.

So just in the subs, there’s a lot of changes and re-configuring going on. A full table of the new subsystems as they currently exist will appear at the end of the article. As CCP’s fond of reminding us, though, until these things go live, it’s all subject to change.

As with the bonuses, the High/Mid/Low slots provided by the subsystems will be changing, as well. The Interdiction Nullifier, for example, has long had the tradeoff of being one of two Propulsion subs that give no low slots. Now it gives one. Before, the options from Propulsion systems were +1 Low, or +0. Now, many of the Propulsion subsystems give two additional slots. Some of them are even mid-slots! And yes, full table etc etc.

The result of this is that it’s going to be a lot easier to get a lot of slots in the area you need them in. Pilots can easily configure Legions or Proteus with eight lows, Tengus with eight mids, Lokis with schizoid personality disor-errr, I mean, trying to maximize both at once.

They’re also changing what it takes to make these things. We’ve been told that new materials, different for each race, will be needed. We’ve been told these new materials will be dropping in wormholes. Unfortunately, the BPCs aren’t yet available on Sisi to tell us just what that new loot will be, or in what quantities it will be needed. It hasn’t been seeded on Tranquility, either. If the changes go live on Jul 11, as CCP’s previously said they will, that means that in just over two weeks, all Tech III cruiser production in the game will stop. It won’t be able to resume until supplies of the new loot build up. Moreover, it won’t return to anything near the current stable, reliable price point until those supplies themselves settle.

How long that will take is anyone’s guess. In addition, the changes—and the timing for loot seeding—raise other questions as well. Will larger w-space groups use this moment to create a new, artificial bottleneck for T3s? Will something akin to the OTEC technetium cartel arise in w-space, keeping prices high? All of the null powers have established wormhole presences, some more open than others. Will these lead to an attempt to funnel loot back home while denying it to their enemies?

The odds are that all of it will be attempted, at least in some form, at least by someone. How much of it becomes an influential part of the new landscape of New Eden remains to be seen.

The initial implementation wasn’t perfect. There have been difficulties trying to evaluate the new ships. At first, the Core subsystems weren’t applying their bonuses. Happily, that’s been fixed in the last day or so. However, in simulated fitting, users couldn’t fit subsystems. Attempting it returned an error: ‘Hull cannot fit this module type’. CCP is aware of it, though. So this should be fixed in the next few days.

Another ‘hiccup’ won’t be, though. In order to ensure the safety of players who are logged out in space when the change occurs, CCP is going to prioritize certain systems. One subsystem that’s being prioritized is the Covert Reconfiguration subsystem. If you have the offensive subsystem that allows covops cloaks on your ship, you’ll have the new defensive version.

I talked to CCP Lebowski on the feedback thread. He explained what I’ve just described. He also stated that there are no plans to alter the conversion algorithm. However, he did confirm that unfitted subsystems all convert directly.

Yes, that’s right. The art department is taking advantage of the T3C rebalance, and the simplification of subsystem numbers. The SKINs available on the test server right now include a SKIN for each race that’s available through the new Project Discovery. In addition, the Tengu will be getting a SKIN available through the event ‘The Agency’ which is… well. Let’s just say the Tengu looks sexy as hell in black and silver. 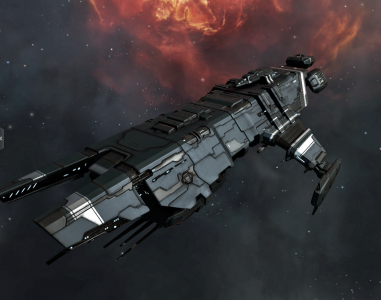 The new Sukuuvesta SKIN for the Tengu.

Players who fly T3Cs have been clamoring for the SKINs since the system first came out. The modular nature of the ships has made producing SKINs for them difficult, though. But the changes include a lot of visual elements. The art team may have been able to work out common reference points across each category.

Right now, the strategic cruiser rebalance is set to shake things up a bit. T3Cs still will be able to fill a number of roles, especially with the ability to swap rigs around. In some roles, they’ll improve. Remote repair, for example, is gaining about ten kilometers of range. But they won’t necessarily be able to excel at many. Covert Ops T3s won’t have the same degree of tank available to them that they have now. Powergrid, CPU, and capacitor constraints may limit the ability of strategic cruisers to function as primary logistics ships for large fleets.

With the slot changes, the tanks on some ships may have to shift around some as well. However, that doesn’t mean they’re going to be easy to kill. On a boosting shield Loki, using only T2 modules, I was able to get the ship to nearly 180k EHP, boosted. The Tengu, with eight mid-slots instead of the seven I was able to squeeze onto the Loki, will have more tank. The Proteus and Legion should be expected to retain much of their exceptional defensive capabilities, as well.

There will be some changes on the offensive side of things, as well. For example, all of the ships have one subsystem for their primary weapons, one for the secondary racial weapons, and one for support. As a result, configurations that are unheard-of right now may be on the horizon. Ever seen an actual drone Proteus? You may.

One very minor, but still nice change, is in the ships’ mass. Currently, each ship has a base mass on the hull, and then each subsystem adds additional mass. After the changes, the subsystems no longer appear to add mass, and the mass on the hull has increased. As a result, the total mass of the ships will remain more or less the same—about the same as a battlecruiser of the same race.

What About Those Tables?

Oh, right! Well, actually, it’s a little hard to see tables full of information in this format. So instead, I’m just going to link to a read-only google sheet.