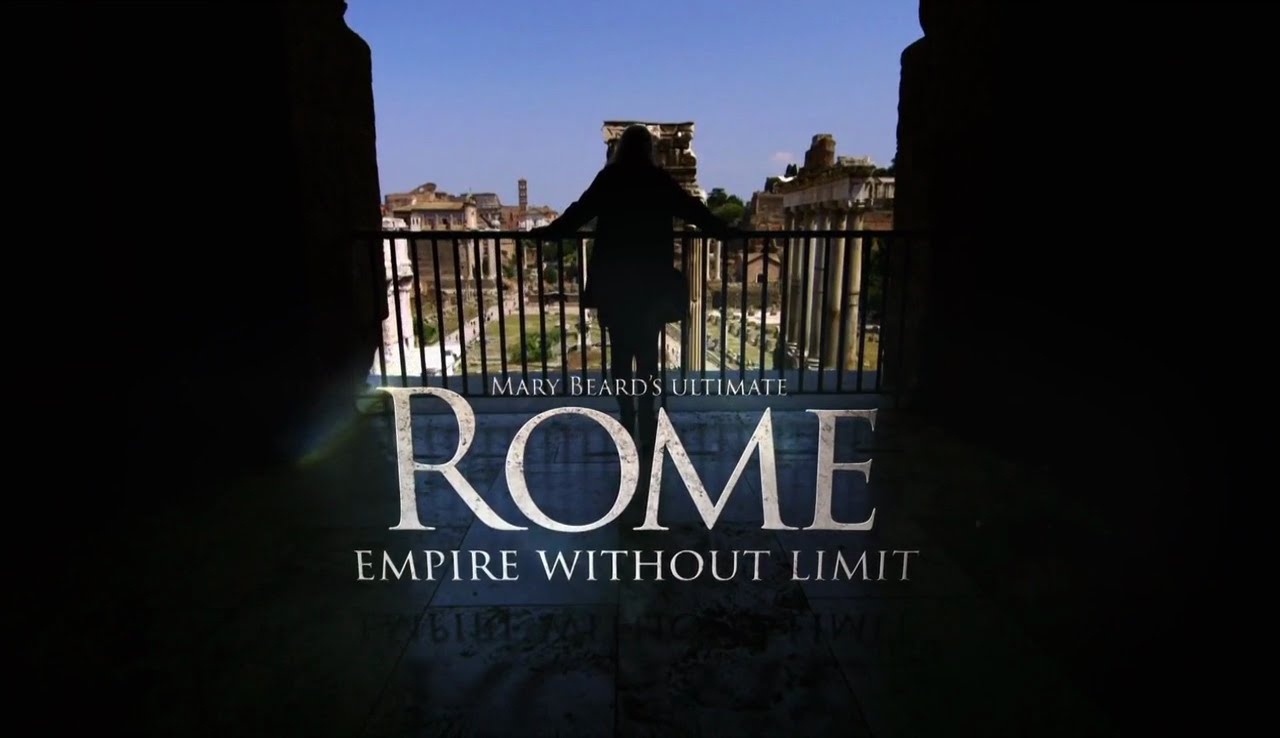 Review of the BBC series about the history of Rome..”Mary Beard’s Ultimate Rome: Empire Without Limit”

The number of history connoisseurs in EVE is way outside of statistical representation elsewhere. For them, and everyone else, I decided to point your attention to a fairly recent documentary from the BBC about the glorious history of the real life empire.

Mary Beard is a well known and highly accredited academic and she appears in some high quality documentaries. This recent one she decides to dig into the belly of the beast, and show us some of the more down to earth and subtle aspects of Roman history. The focus is on everyday life and the average plebes (ed. Pubbies in Imperium lingo). Regarding the grander parts of Rome, Beard scratches their surfaces and looks down into the more concrete details.

All empires have a beginning

First episode takes us through the early history with emphasis on the mythology and what proto-romans were like. Naturally we get familiarised with the story of Romulus and Remus, the mythic brothers and all that it entails. The fratricide becomes the foundation mortar of the City of Rome, and with such beginnings it is not so strange that conquest is on the menu for almost the rest of Roman history. Rape, prostitution, military expansion, victories and losses, we get it all in the first episode, and are well introduced to all the drama that is Rome.

“Once you got an empire, what do you do with it, and what does it feel like to be part of it” This is how Beard kicks off the second episode in the series, and I suspect the parallel to our EVE version could not be more obvious. All roads lead to Rome. You can not hold SOV without proper intel and logistics. Mapping the world and building roads is what made the empire possible. Next we get introduced to the actual cultural thing, like what food was on the menu, how it was produced and how the Romans needed to sort out their logistics and the security of this. You will become familiar with why the amphora are such a novel invention, and useful in packaging for transportation, and why olive oil and fermented fish oil was synonymous with being roman. In the early days fleet doctrines did not exist in Rome, and they had to copy the designs from their competitors. We even get a rather EVE-esque ship production interdiction.

“Being Roman meant belonging” In the third episode we look at how the “Res Romani” (The Roman thing) spreads to all of the empire, and how as the empire transmutes from a place and a people into an idea and a culture, the need for the former slowly dwindles. The thing that was the force of Rome, its tolerance and multiculturalism, becomes its “downfall”, as these people adopt the things that made Rome unique. In EVE most players are not expected to serve the 20 years to gain trust, as the Roman armies did, but the effect of cultural change by “immigration” or “cultural appropriation” seem to have been a theme, and a lot of that was brought on by these soldiers and the advancement of people without the “original” Roman blue blood heritage. On the outskirts the opposite was true. Where the Roman Empire used to have a presence, and even a dominance, as the direct contact with rome fell apart, the areas eventually reverted back to their traditional ways. Interestingly the ways this cultural roll back happened was now with remnants of Roman memes, and with people that would never otherwise have been thus dislocated. From that we end up with a post “occupational” modernisation and invigoration of an otherwise rather “primitive” or at least more isolationist culture. From the rubble of one empire another one springs. Whether we are talking about the middle east Ottomans, the Rome 2.0 – holier version, or the much later British Empire, they can all point back to being influenced by the spread and span of the original Roman Empire.

In the last episode Beard opens with the numerous speculations of why and how the Empire that was supposed to have no end, eventually had one. My personal favorite would have to be in the realm of too little sex, but I doubt I can find much proof to support that theory. Fun and 4chan inclinations aside, the last episode digs into the story of how the empire shriveled and re-blossomed. In the latter days with the waning glory, the position of ruler started to change faster than even by EVE standards; a new emperor would come along so fast that the former’s coins would still be fresh of the mint. It was as if the entire idea was burn-out and tired of the whole of “ruling the world” thing. Decadence was running rampant, or at least the rumors of crazy sexually depraved rulers was, and eventually seem to have worn thin the patience of the populus. As the ideologies changed so did the empire, and eventually so much so, that the patchwork solutions of cutting up the empire, or shifting the seat of power, ended up unravelling the whole thing. What grew up in its place was Rome 2.0 with christianity at its center. There is an ironic EVE parallel in there; that you need to have a proper martyrdom era, of throwing yourself into the arena of death, if you want to topple an empire.

There is not much to conclude as the series fade out, and the end credits roll, like spam in Jita local. The ride that Beard took us on is not the final course, it’s more like an appetizer to a glorious meal of self studies. There is more material out there worth attacking with ravenous curiosity, and if you have been infected with this hunger I salute you, and wish you a very heartfelt : “Bon Appetit”