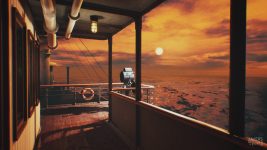 Filled with surprises and tricks around every corner, Layers of Fear 2 is a unique horror game. It feels familiar enough to the original, but with enough changes to make it better and unique. When I was first told that I would be playing and reviewing a psychological horror game I wasn’t that worried or scared. However, I can honestly state that the game did its job so well that I had to take multiple breaks to finish it through. I also played through it a second time with eyes and ears fully open, in case I missed anything. Being longer than its predecessor, it took considerable time to play through properly, but was worth it. 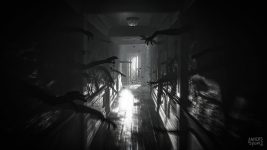 Is it a True Horror Game?

The gameplay is true to its purpose in every way. I was so scared on my first play-through that I had to save and exit before I finished the first act. It is genuinely terrifying. Each act has a central theme and has a different take on how to scare you, so it may seem that some acts are scarier than others. At no point do you feel at ease, rooms change when you aren’t looking, ambiance kicks in when least expected and is no clear indicator of what is coming. Overall the atmosphere does its job and leaves you distressed the whole time. 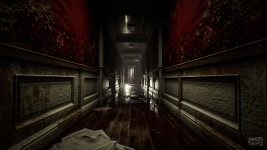 Is it Well Written?

The story is complicated to say the least. However, the joy is in piecing it together. Small clues lie around, weaving one story while your own story plays out. It is a unique experience to try to make sense of what is given to you. It captivated me even after I finished. If I had to give this game an award for what it did best, storytelling would be my first thought. Given the history of most horror games, storytelling is a nice change. 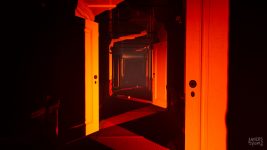 Is it Worth My Time and Money?

Now we know that it has good horror; we also know it tells a very good story, but is the price worth the time and experience of playing it? As of right now the price is $29.99 on Steam. If you were to speed-run the game you have a guaranteed 5 hours of gameplay. That 1 hour per act, however this doesn’t include puzzles, stalling from entering rooms, looking at scenery, collectibles, and overall all the time spent not trying to beat the game. Given everything it has to offer, I personally recommend the game for its face value price. If that isn’t an option, steam summer sales are on their way and I’m sure a title like this will be on sale. To summarize it, it is everything you would look for in a horror game and more.

Yeesh, that Bio was getting old. I'm a recent Highschool grad and 4 year eve player, give or take some breaks. I used to be Phorde, but I've more recently joined a smaller alliance in PanFam. I'm more of an industrialist pilot than anything, but I get into my fair share of fights. You'll find my articles to cover quite a few different topics, such as new hardware, industry in Eve, and most importantly- my perspective as an average player on how the game is developing. I will respond to as many comments on my articles as I can, so feel free to ask any questions or post any critiques!

Author's Note:  This piece is written by Malcanis...