Hours ago the first Keepstar was destroyed by forces that assembled deep into AU timezone. The massive structure belonged to Project.Mayhem., and was being anchored in Lonetrek (Nalvula) when it fell into a vulnerable state and was assailed by the same forces they faced recently in the battle of SH1-6P: Northern Coalition (NC), Pandemic Legion (PL), Pandemic Horde (Horde), and others. Nearly 2,900 combatants fought for the survival of the structure.

The Keepstar exploded after downtime after approximately three hours of taking damage from a massive super capital fleet with supporting subcapitals. This would have been the ninth Keepstar to exist in New Eden had it made it to completion, on the heels of Mercenary Coalition’s “Tortuga,” which safely came into existence two days ago.

On 23rd August Sort Dragon of Darkness posted news of a keepstar owned by Project.Mayhem. coming out of its anchoring period the following day, along with this image provided by FC Killah Bee of PL. 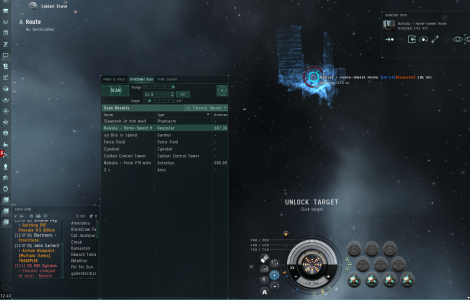 Plans had already been put in place by PL, NC and Horde to attack as it came out of anchoring, and with the publicity on reddit, the number of attackers grew ever larger. Killah Bee informed other alliances of the upcoming timer, and they sent tentative pings with approximate timings, after the timer was known for sure, the pings were sent every hour, to ensure the maximum number of people could attend.

This was the intention behind the initial post on reddit by Sort Dragon, who wanted to “Get people talking about it, because the biggest thing for someone putting down a Keepstar is keeping it quiet, if you pull the rug out, then automatically people will ask if they can come and kill it too”. This is especially true in lowsec systems, where you do not have the option of bubbling, cynojamming as you do in nullsec, or the ability to close holes that you have in wormhole space.

The timing of the vulnerability, at just before downtime meant that the fifteen minute timer would, if uncontested, finish two minutes before downtime. The strategic move meant, if anyone attacked the vulnerable Keepstar, as it takes minimum of 24 minutes to take down a layer of a citadel, the attack would carry over downtime. This break would give the defenders a chance to save it again once the servers came up, if they were the first to log in their fleet, and the timer got to run again.

Project.Mayhem. spent much of Monday evening littering the system with shuttles, ostensibly to cause TiDi in the system. The repair timer for citadels is unaffected by TiDi. However, the dps cap is unaffected, so, provided you continue doing the 9,375 dps to meet the dps floor, the timer will remain paused. What this means in practice is that, provided you would be hitting the dps cap in non-  TiDi, you will be able to keep the timer paused. The key is that you cannot let your dps drop off, or the timer will resume.

A GM responded to reports of this, and removed 200 shuttles from the system (images from reddit), but at 05:07 eve time, a dscan paste showed 500 shuttles still in system.

As the citadel came out of anchoring, at 10:43 Eve Time, there were approximately 1,500 in local. This reached 2,850 as the downtime counter began, with TiDi hitting 30%, but the citadel timer was successfully paused due to sufficient damage applied by the attackers.

PL, led by Killah Bee, fresh from victory in Saturday’s SH1-6P battle, tried to minimise the TiDi impacts on their fleet by entering the system early, giving them time to set up their fleets.

Project.Mayhem Project.Mayhem. citadel, but were easily overwhelmed by the sheer numbers put up by the attackers. CO2 has its own Keepstar only two jumps away but their reshipping and jump range advantage was not enough. Project.Mayhem allies Snuff box and TEST put up a meager 20 pilots each.

In contrast, NC FC Poison Kevin reported having 313 members in their fleet, which was only 50 fewer than was present in the battle of SH1, which happened during EUTZ during a weekend. This goes to show the level of interest the attack generated, with, presumably, many people either alarm clocking, or staying up late to be present.

Downtime ended, and everyone raced to log into the system. This caused problems, with people being unable to log in, and receiving the message “Character Selection Failed” 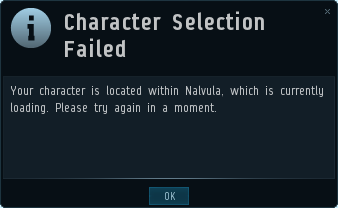 Whilst this was happening, the timer was ticking down on the repair, and by the time the first supers were able to enter, the timer had 9 minutes remaining. Once people were able to log in their ships, and slowly warp through TiDi, the timer was paused, and the battle commenced again.

As with before downtime, the alliances took various steps to minimise the impact of TiDi, PL only logged in their titans and force auxiliary ships initially, and only once the repair timer was paused did they log in the rest of their fleet.

Interest in the fight had spread throughout new eden, with 220 alliances, and 910 corporations present in local as the clock reached 12:00. The timezone the fight occurred in reduced the number of people available for both attack and defense, with the timers falling at just before lunchtime EU, and early hours of the morning USTZ.

By 12:30 eve time, most of the subcaps in system were just shooting each other while the supers slowly ground down the remaining hull (20% at this point). The subcaps were mostly waiting for the hull to be at a point where they could warp in and get onto the killmail.

At 2% remaining, everyone in the system moved into range of the keepstar to get on the killmail. With TiDi at 12%, the explosion did not quite happen when the citadel hit 0%, but was delayed by what felt like an eternity.

The explosion, when it finally happened, was as impressive as we had been promised by CCP, and, made the Astrahus and Fortizar explosions seem like small fireworks. 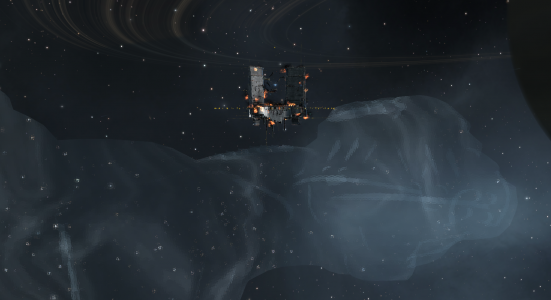 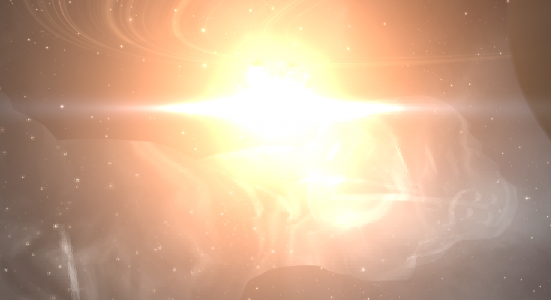 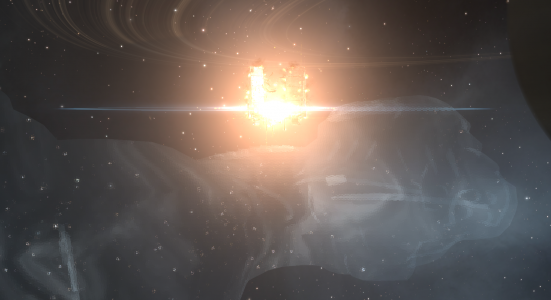 And finally, from over a thousand kilometers away: 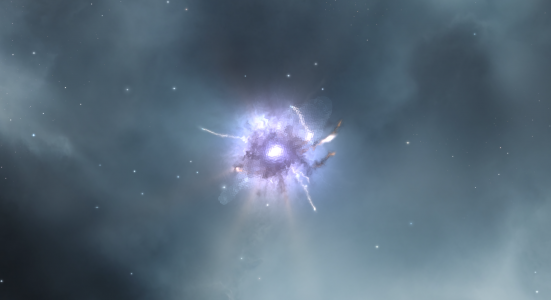 The killmail had not arrived, as of the time of publishing, due to the number of people involved in the kill, but, CCP are currently working on this. Video of the conflict, and the massive structure’s demise, however, has been made available:

Whether Project.Mayhem.will immediately drop another Keepstar, or, as the tinfoil suggested, they used this one as a decoy remains to be seen. One thing that did come out of this, and the fight in SH1 over the weekend is rumours from reliable sources of a new group forming in New Eden, of a new world order, where allegiances are fluid, and people who would not normally form up under any circumstances forming transient groups when needed, for what is perceived as the greater good of the world. This is perhaps similar to what we saw with the MBC, but, from the information at present, without the lure of ISK. Although, as this is EVE, nothing is ever truly altruistic, so we will have to wait and see how this plays out