CCP CEO Hilmar kicked off this year’s fanfest by welcoming people to Iceland and reviewing the traditions that have developed over twelve years of Fanfest, the first of which was attended by just 300 people. It was nice to see pictures of an early CCP connecting with fans in a real way. Now the president of Iceland will speak at fanfest. What a difference 12 years makes.

Hilmar was the face of CCP for a long time, before fading back and letting the executive producers of EVE take the spotlight. At that point he became more of an ambassador for CCP to Reykjavik and Iceland. Fanfest has become an important civic event for Reykjavik. 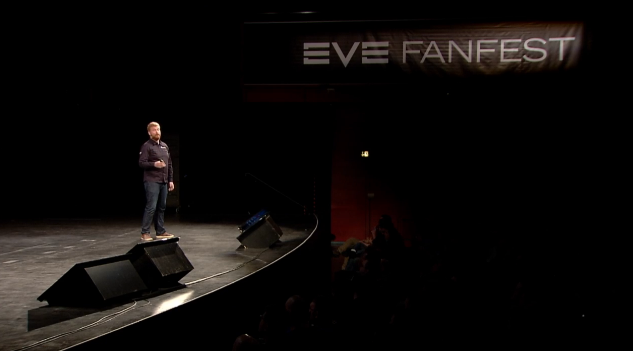 Hilmar also introduced a new concept to fans by asking them to register their emotional state on react.eveonline.com. The compiled emotions are passed on the website. In a sense, this is a neural connection to the other EVE fans. That may be a throwaway moment for most, but as technology advances towards biological self monitoring, this is the rocking that leads to crawling which eventually will lead to running. Someday social communication between players (in separate rooms) will go beyond mere words. Beyond technology considerations, CCP is moving to connect people by emphasising player-to-player communication, as opposed to players to the company. On one hand, this “collaborative journey” saves the company development time and money in content development, while on the other it signals the sci-fi vision of interconnected consciousness through the bodies of gamers.

CCP’s health as a company got a financial boost from the massive sales associated with skill injectors. Recent wars have also broken many player activity records. Unfortunately, most of the activity is probably in relation to a single war. There is more to EVE’s health than statistics, but Hilmar claims CCP and EVE are as strong as they have ever been and have momentum going into the year – a year that will see Valkyrie launched and the Citadel’s Expansion, among other things.

Hilmar waved goodbye to World of Darkness and Dust 514, and introduced Nova and Arena. He also clearly indicated virtual reality was the future, and that CCP is going in that direction.

Nova is the new DUST514 with some differences. It will be played on PCs instead of a console, and will be staged on ships as opposed to planets. Actions in this first-person shooter will not affect EVE Online in a direct way, though the game will take setting cues from New Eden, much like EVE Valkyrie. Like DUST514, it will be free to play, and will probably support itself through micro transactions. 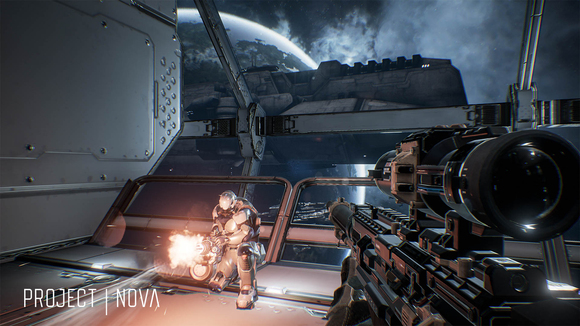 Nova will likely grow in stages as it succeeds, rather than having CCP lay out the grand vision now. Eventually it will begin to integrate with EVE online and games based on New Eden. Comparisons to Destiny in game style and development model are inevitable.

Hilmar went on to introduce Owen O’brien, executive producer on EVE Valkyrie. He introduced a new trailer for the game, and talked about upcoming roundtables for the game.

Hilmar returned to the stage and reviewed CCP’s direction. He warned the next three years will be extremely bumpy while projects are spun up or wound down as they succeed or fail. Finally, he reaffirmed that EVE is Forever.

Thanks Hilmar. Twelve years down and forever to go.

This article originally appeared on TheMittani.com, written by Matterall.