In the second presentation of the day, CCP attempted to take a look over what the EVE Development Team are currently working on, and what’s in the pipeline for the near future. True to CCPs commitment to spend 80% of development effort on the new player experience, first-time presenter CCP Wonderboy told us how all of CCP went to a UX design seminar and have subsequently tweaked button positioning to increase tutorial completion rates by 8%. While the talk drifted into jargon quickly, with detailed descriptions of where buttons were moved, for what reason, and to what effect, it shows a desire on CCP Wonderboy’s part to share his personal section of work – something that has been sorely absent from the programme so far.

Another result from improving the general user experience will be a revamped wallet that makes it easier to track how much money has been incoming in the past month. Loyalty Points, gained from missions and incursions, will also be moved to the wallet. The answer to a question later raised at the Dev AMA suggests that LP might be reworked from the ground up. 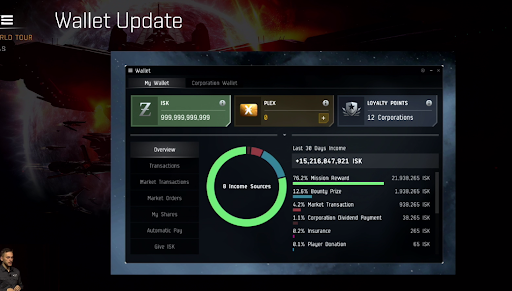 On the EVE Core end, CCP Paradox gave a quick recap of the earlier presentations and then dived into further plans for the Triglavians, as well as confessing to plan on releasing further changes without documenting them in the patch nodes. CCP announced not only the Triglavian dreadnought and a high-grade Mimesis implant set that increases Triglavian damage by 80%, but also changes to Triglavian presence in K-Space. 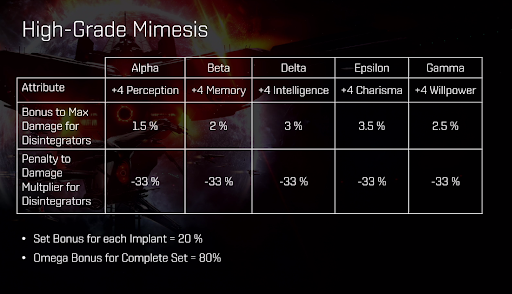 Zirnitra, the Triglavian Dreadnought, is going to feature bonuses to Remote Armor Repair Range and capacitor need, as well as bonuses to energy neutralizer and Smart Bomb capacitor need. Like all Triglavian ships, it is bonused for armor tanking. It will initially release with an XL Triglavian weapon and one ammo type. It will be completely player constructed, with existing and some additional Triglavian capital components. The costs are suggested to be between pirate hulls and empire hulls as CCP wants to see the dreadnought being used, and the Remote Armor Repair bonuses suggest a few off-meta compositions such as spider tanks. 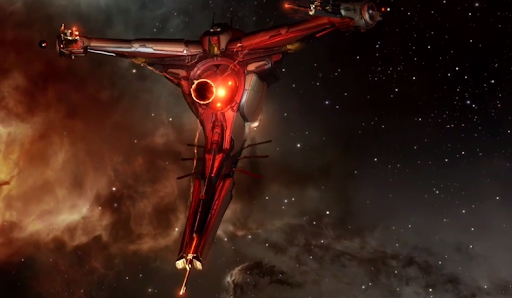 Triglavians will continue their incursions into known space, with the four empires joining the war in a system that reeks of a Faction Warfare revamp. The slides showed highsec systems with Triglavian lettering and a mission that showed a countdown to a Triglavian dread entering siege. No timeline was articulated during Variety Hour for a release, or when the community could expect more information.