Eve and Loathing in New Eden 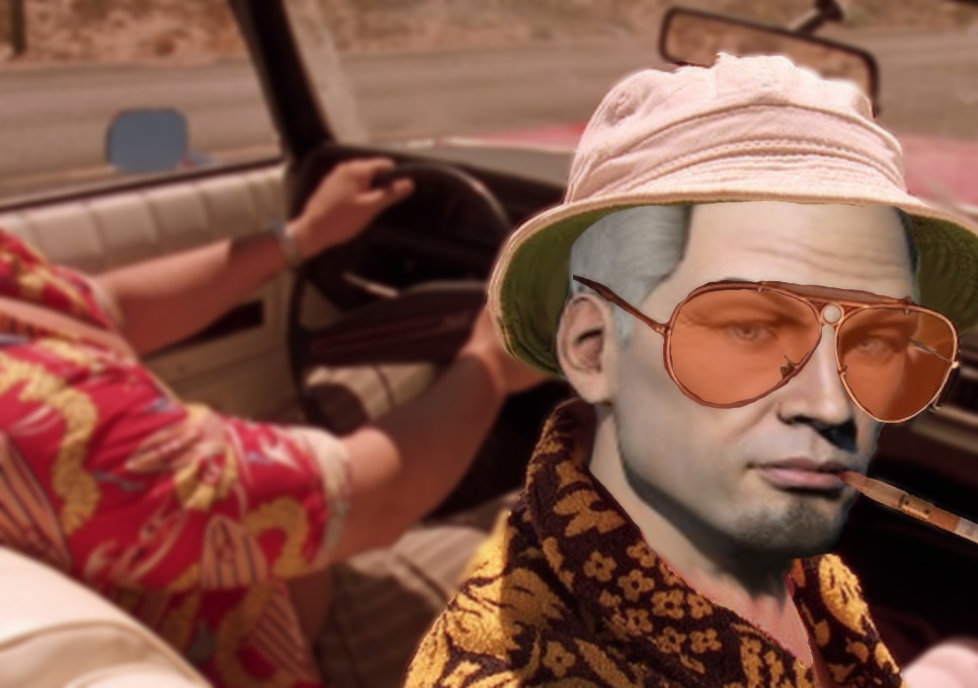 On a long enough time line, the survival rate for everyone drops to zero. ~Chuck Palahniuk

Eve is not, nor has it ever been, a casual game. It can be played in passing, and an individual might have a casual approach to it, but the soul of the game is forever dedicated to those willing to devote their time, efforts, and passions to the endless fields of New Eden. However, nothing lasts forever.

As with any system that has moving parts and uses energy to do work, in Eve, entropy is always going to be a factor. That entropy manifests itself in the form of human interest. As was showcased in many of the previous great wars, the outcomes were determined not by great space battled, but instead by the number of pilots who would muster for a given event. Boredom became a weapon, and fiery rhetoric sounded across the forums to drive line members to their ships or to pack their things. As alliances rallied or hemorrhaged pilots, wars were won and lost.

Pilots, Corporations, and even Alliances wax and wane all the time throughout Eve. Most without even a blip on the radar of their closest associates let alone being worth writing a navel-gazing monologue about. The majority of players within a few years will have had to move at least once or twice between organizations that were either outright failing or that no longer had the same goals. Churn is a regular part of Eve just as with any ecosystem, but the question is just how much entropy is there in the universe? Can it be quantified?

More importantly, what can individuals choose to do to combat the “heat death” of the Eve universe?

In the interest of complete honesty and disclosure, I only reached out to the Imperium because it is my own long time organization. The questions I am asking can, in many ways, be seen as state secrets. In the wrong hands, data about membership trends and corporation health within an organization become deadly weapons.

To get a grasp of some of the mechanics involved in the life and death of player organizations, I began my research by looking “top down” at the Imperium organization chart. The Imperium, being busy bureaucratic bees by its very nature, has a large administrative staff, and within it is a body of recruitment and corporation experts. I reached out to the office of “Corporation Integration and Corporation Compliance” for some answers.

Froggy Storm: What is the specific scope and mission of the office of corp integration and corp compliance?

Klavas: For new corp integration it’s to ensure that incoming member corps are informed about what life in the Imperium/GSF is going to be like and what the expectations are in terms of participation, finances, etc. For compliance, it’s making sure CEOs are aware of how to use the resources available to them and identify issues within their corp such as participation shortfalls, missing/incomplete APIs, etc.

Froggy Storm: What kind of membership trends and numbers does your office monitor to gauge corp health overall? Do you at all?

Klavas: My responsibilities (shared with another director, Faud) don’t really include watching trends/etc. We’re more focused on talking with diplomats and CEOs from prospective corps and doing our best to make sure the corps and the alliance are a good fit with each other. We want new corps to be comfortable in the alliance so their people are happy, and we also want them to be a valuable addition to the alliance. Metrics/etc. are more handled by other folks in the alliance.

Froggy Storm: Are there any red flag triggers that could then trigger investigations?

Klavas: I can’t speak to the compliance part because that’s done by others after my job is done. But for new corps that want to come in we try to weed out corps that might be a problem by reviewing the corp’s killboard and through talking directly with their leadership.

Froggy Storm: In your time with the office of CI and CC, have you seen some interesting internal conflicts that can be openly shared?

Klavas: I haven’t been here very long but there’s always little blips of drama that come with playing this terrible game we all love to hate.

So from a high level, the department of corporation integration and corporation compliance appears to be focused on the fit and identity components of the vast herd of corporations that make up the blood and body of the Imperium. If herding cats is hard, then herding the thousands of individuals and hundreds of corps within the Imperium is a job for a truly obsessive mind.

So we have determined that the health of any alliance is dependent on the health of the corporations that make it up; it showcases how vital a good recruitment strategy is. While recruitment really isn’t a zero-sum game, it stands to reason that corporations would want to have a more-or-less even balance of players out being equal to players in. The question then becomes a struggle between forces of security, pilot quality, and organizational identity.

Bring in too many people too quickly and you risk bringing in spies and bad actors. Recruiting indiscriminately risks bringing in pilots who won’t follow orders or worse will actively disrupt processes. And worst of all, by bringing in too many new bodies, there is a risk of the organization losing its identity which then can push out other older players that no longer feel like they are part of the group.

For answers to the questions of how to manage corporate recruitment, I turned to the recruitment specialists from the largest individual flight group in the Imperium, Karma Fleet (SNOOO). It has a current population of 5521 pilots, which represents almost 21% of the total population of the Imperium.

Froggy Storm: As Karma Fleet is well known for being massive and largely inclusive in its membership “Karmafleet is always recruiting” being a battle cry after all, It seemed logical to start here.

Just how many recruits does your organization usually have in the churn at any given time? And how much Churn does that actually represent with players leaving and “winning”?

Vulkyn: We get up to 150 apps a week. With alpha clones we started growing really fast, but recently we’ve started purging more too. We want a place where we have active people who join in the community.

Froggy Storm: With so many apps a week coming in, Are there major security issues that come into the equation? I know that API reviews are pretty standard but that it takes a skilled operative to really get any intelligence value out of them.

Vulkyn: We aren’t that worried about spies. The alliance it set up to assume that every line member is a spy. We stop the obvious ones… but that’s about it. We’re more about protecting our members from the sort of person you don’t want to hang around in fleet

Vulkyn: Plus… low-level spies often turn into loyal members because they realize that it’s better here than who they were spying for!

Froggy Storm: In terms of activity, and from my own past experiences, there are active corps and ACTIVE corps. Are we talking the dreaded FCON whip cracking pap link situation, or just log in a few times now and again and your fine? Does Karma Fleet have pap links?

Vulkyn: Our participation standards are very flexible. It’s basically 1 pap per month, but we only check every quarter. So if you have a month of exams, or get a nice long holiday, you can make it up the next month. And we have so many fleets, joining one a month is so easy.

Vulkyn: I’ve got 19 paps today… but then again I multibox gankers 😀

Vulkyn: Lots of KF recruitment is Miniluv – we don’t have time to go on 4 hour fleets…. that’s 4 hours of no paperwork! So we gank.

Froggy Storm: LoL how active is KF within Miniluv?

Vulkyn: KF is active in all our sigs (Editor’s Note: Special Interest Groups. People who organise around a given activity or time zone in the Imperium). We’re 1/4 of the alliance. We are 50% of all logi, we’re the biggest cap fleet, nearly biggest super/titan… it’s getting silly! We’re supposed to be a new player corp… but after two years… we’re all sorts of more than

Vulkyn: For me – during the week I don’t’ play eve – I watch TV with the wife. But during that time… I can do paperwork. Then come the weekend… after dealing with pubbies all week… I need to gank some pubbies

It more or less appears that Karma fleet has chosen to embrace the idea of entropy as their own brand of identity. Evolving from a newbie’s friendly introduction to Eve within the Imperium it has become a massive melting pot with high levels of activity in every aspect of the Imperium’s theater of operations.

At the real end of the day, the decision to join a corporation, stay there, or move on is one for the individual. The needs and wants are naturally going to vary widely. For the more casual players or those with limited time on their hands, the investment of time that sitting down to play Eve represents can be truly daunting. The player could be out playing a “God of Blocks” Minecraft clone, or a MOBA where the match length is a known factor, or any other number of titles In their Steam queue.

It is critical for that player to find an organization that can compete with the so many other choices available. This is yet another reason that large organizations at war have retention problems. A coalition at war is not a good place for a body to only be able to dedicate an hour or two a month. By the time a player has gotten to the war front their time could well be expended, then by the time they get back, the front has moved again. Take it from me, trying to do move ops for one is never a good plan.

But at the same time, that sense of being part of something is really addictive. As a player with the previous affliction, I have caches of battleship doctrine ships scattered all over the north and the south. Not for some strategic reason, but just because I had to leave in the last pod out of a number of staging points over the course of seven years of war.