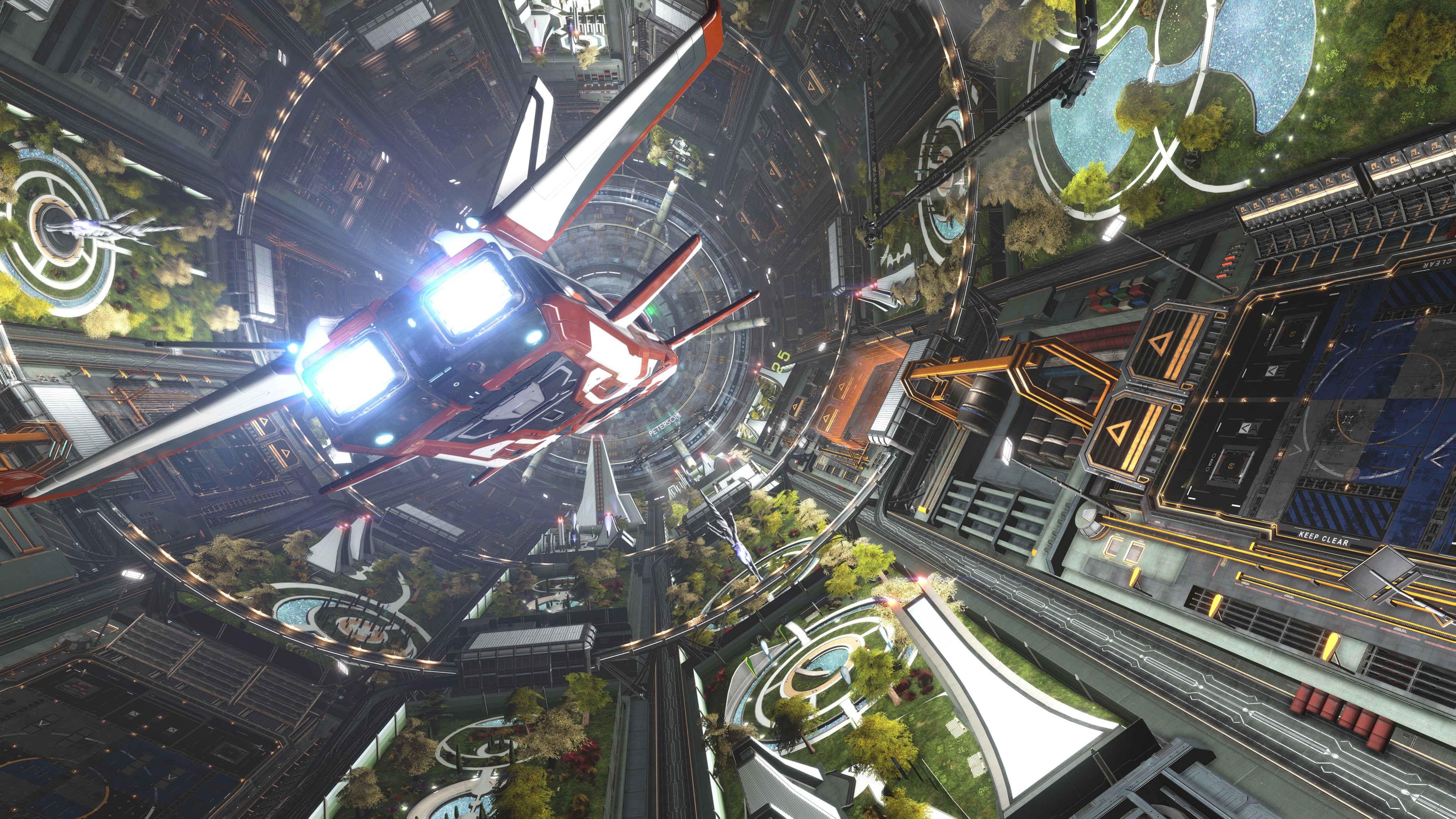 Owners of Elite: Dangerous Horizons will get access to space tourism, this Tuesday, October 25. This is but one of the features of the Guardians 2.2 update. Those who have not bought the update still get patch 1.7 that brings some much-needed quality of life improvements to the Elite universe.

Guardians 2.2 sees the introduction of passengers and fighters, with some passenger features being available to base game owners with an Orca, too. Passengers come in two forms, bulk and VIPs. While bulk passengers just want to get from point A to point B, VIPs are a form of demanding cargo. They will not only require nicer cabins – for which you will need to buy the Beluga Liner luxury passenger transport – but also insist on you taking the scenic route. Depending on their traits, some VIPs might even insist on you taking a detour through a combat zone, so they can see real fighting from the safety of their panoramic cabins. The Beluga Liner will be lightly armed, but also have access to a fighter launch bay. This headline feature of Guardians adds the opportunity of launching fighters to a variety of ships in Elite. You can either pilot them yourself for a change of pace in space combat or hire crew members, another new feature, to fly them. Since they are piloted by telepresence and can be produced in your fighter ship, they are mostly like smart ammo in that they are disposable craft. Fighters will fly like those in arena, the faster-paced FPS addendum to the base game. You can see them in action in a preview video by Scott Manley.

The official announcement of the patch only hints at what 1.7 has in store for players. It seems, most of those are quality of life improvements. For example, you will now be able to transfer ships through the galaxy, so you don’t need to fly across half the ‘verse if you want to get access to your shiny Anaconda. In addition, you will be able to finally store (and transfer) ship modules so you can use the same modules on multiple ships, without the need to constantly buy and resell those modules while experimenting with fittings. New, shady contacts will give you the options to pay fines and collect bounties no matter where you are. No longer will you need to fly to several space stations to collect the spoils of a single round of pirate hunting. Other improvements include star filters in the navigation interface, showing you only stars of a certain type (which is relevant for refueling when exploring), and new station exteriors. Frontier has also hinted at new mysterious sites and alien archaeology but deliberately shrouded those features in mystery for players to explore.

What do you think about the update? Let us know in the comments below.