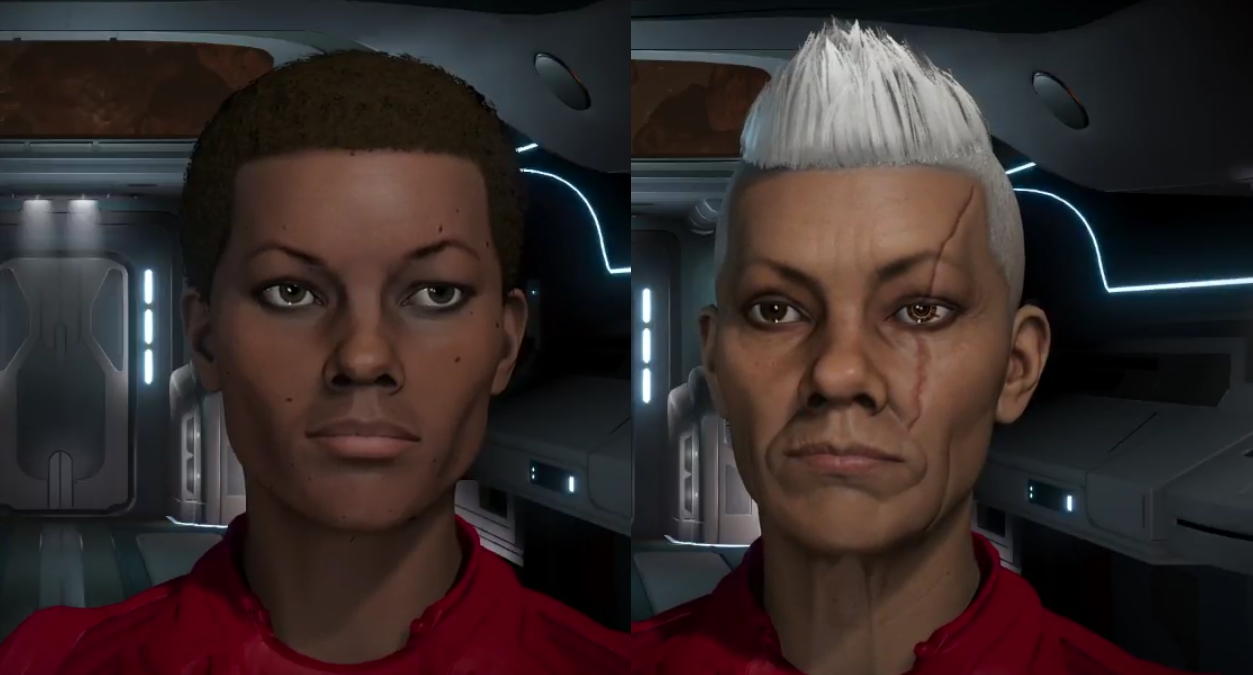 As the beta for the next update in the Horizons line approaches at the end of this month, Frontier announced that there would be two livestreams this week to demo the new features. Thursday’s livestream will cover multicrew, about which I am already very excited after the feature announcement a few weeks ago. Today’s livestream covered two features I was not particularly interested in, and has completely changed my mind.

Update 2.3 “The Commanders” is named for the Commander Creator, a character creation tool for designing your own pilot as features like multicrew are rolled out. If I’m honest, I didn’t have high expectations here. I anticipated a basic Barbie creation suite with the kind of two-dimensional portraits we see in the current mission and engineering menus, perhaps awkwardly mapped onto a three dimensional avatar—or perhaps cartoonish characters like those in Frontier’s wildly successful Planet Coaster. What we received instead was a stunningly realistic and astoundingly feature-packed avatar creator with randomization and preset options which, alone, would represent a great degree of selection. Beyond that, there were incredibly deep creation options including dichromatic eyes (and cyborg eyeballs), aging options which allow players to set the age of their pilot by a wide range, a wide variety of hair options, and so on. All this while while the fully animated pilot blinks, moves his or her mouth about, wrinkles her nose, and convincingly emotes. 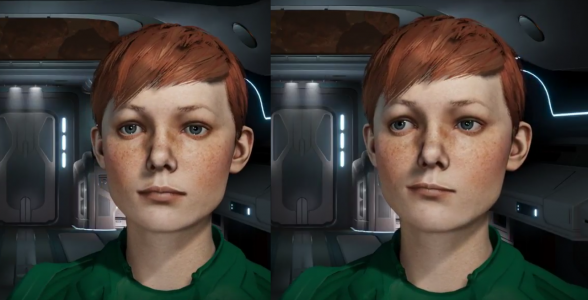 Community Manager (and Diamond Frog Intern) Ed Lewis was joined on the livestream by Producer Eddie Symons, who chose a preset commander portrait and, over a few short minutes, completely transformed the portrait with a few clicks using options that will be completely available to players with the release of 2.3. Other options like flight suit design and helmet design were shown, with some options, Ed reported, being available for purchase in the Frontier cash shop. This part of the stream continued with an in-game recreation of Intern Ed being projected forward in age.

In addition to this very robust character creation tool, Frontier has added in 2.3 a fully functional third-person camera suite. Anyone who has tried to take screenshots or video in Elite has at some point been frustrated by the limitations of the “classified camera.” Using ship controls, players would have to translate their camera around a relative fixed point on their ship, making actual video production somewhat awkward at best.

The new third-person camera in action. Click to see the animation.

Now, third-person camera controls are significantly more robust, giving us free motion around the ship while anchoring relative to the ship or nearby objects. More importantly, the ship can be controlled while in the camera view, with all flight controls available including deploying and firing hardpoints, boosting, steering, and so on. Anything that can be bound to the keyboard is available in this third person camera.

Additional camera views include an “inside the cockpit” view of the Helm or Gunner positions, a third-person view from the rear of the cockpit looking forward, and fixed positions above and below the ship. Ship controls remain somewhat limited as there is no access to the HUD or other important information, so third person as a combat option remains unfeasible, but for those who have struggled to make videos in game the new camera options represent what amounts to an entirely new world of opportunities.

After introducing the new “vanity camera,” Ed and Eddie went on to show a new passenger ship, the Dolphin, which was promised on release of Horizons but was not yet delivered. This passenger ship was shown landing on a Small pad, which indicates it may serve as either the entry level, or as the lightweight, long-range passenger ship that the game currently lacks. Also curiously during this demonstration, the screen showed us a “placeholder ship name.” Speculation abounds as to whether this is a placeholder for the Dolphin itself, or if this was a subtle hint that we may finally be able to name our ships in game now, rather than in our hearts. 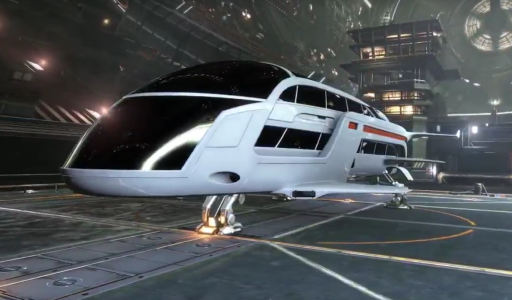 Before signing off, Intern Ed and Producer Symons talked about new things in the works such as super large “megaships” which players can dock on. The stream ended with some footage of one such megaship, Fisher’s Rest, resembling somewhat an Orbis space station with external landing pads and gigantic thrusters. 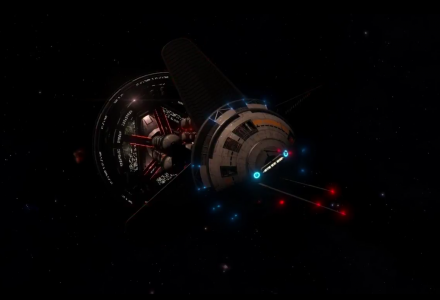 All in all, the new features available in The Commanders appear to be both much needed additions to the game and remarkably well executed. The introduction of robust tools for people looking to make in-game videos as well as the extremely detailed and yet easy to use character creation tools add a new depth to the game, and the demonstration of new ships and assets for expanded gameplay options show that while Frontier is often quiet about the work they are doing and the direction they are taking the game, the work is still being done and done well. I’m very excited and looking forward to the demonstration of Multicrew on Thursday: if it is even half as competently done as the features we’ve seen today, there is no doubt that 2.3 will be the update that breathes new life into Elite: Dangerous.