Breaking News – TEST Titans and Supers vs PL in HED-GP

A fight has broken out in HED-GP in Catch late on June 1, with TEST taking on NCdot and PL in HED-GP.  According to a scout from Sundering [F3AR] the fight was over a POS that had been reinforced yesterday. They had dropped by the system again when the timer was due, to see if it would be destroyed, and NCdot were on grid with a fleet of 90 Machariels, who were joined shortly after by a PL Machariel fleet.

TEST came into the system in a Maelstrom fleet and engaged.  As soon as fighting began, TEST opened a cyno, and brought in 40 Dreadnoughts. PL counter-dropped with 30 Dreads and TEST responded with more Dreads. Allies of TEST began arriving in system, including CO2 in a Machariel fleet.

At the same time, slightly away from the main action, TEST cyno’d in carriers and Pheonixes, and the escalation continued from there.

Jay Amazingness is streaming over on his Twitch and as of 2249, there are 1130 people in local, with FCON, CO2, GSF, BRAVE, and LUMPY among the other alliances present.

Space Violence are present in Nightmares, and there are Machariels as far as the eye can see.

Dscan looks like this and at present, the killboards look like this. The accuracy of sides and kills on killboards is, as always with ongoing fights, not to be guaranteed.

Our photographer Rose Knightley is on the way to the system and will be getting us some photos.

As always we will update you as we get more info.

2314 – It seems as if PL and NCdot are withdrawing from the field, seemingly driven off by TEST and CO2, total losses at around 230b ISK. Mopping up of stragglers and trying to catch people on the gates as they leave is underway, with a Zarvox Vexor fleet coming in late to join the fun. Currently on grid are 111 dreads, 67 carriers, 25 supers, and assorted subcaps.  The majority of the losses seem to be Dreads and Maelstroms.

2320 Titans are now jumping out, so, while we don’t know who won the ISK war, TEST and CO2 will no doubt feel happy with the outcome, having pushed PL/NCdot off the field.

A battle report is (sort of) functional now.

Pictures from Rose Knightley can be found here, and a selection of the shots from last night are below: 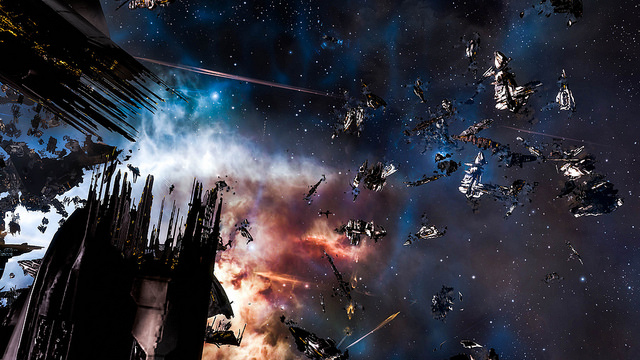 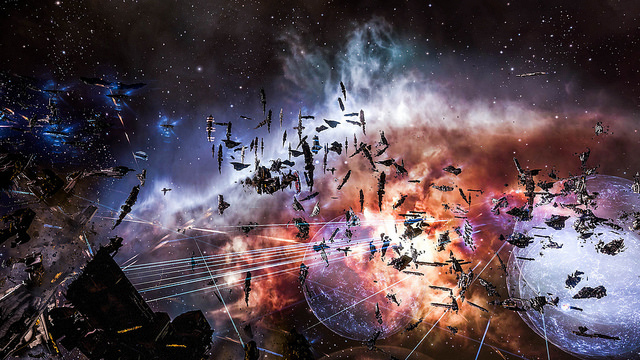 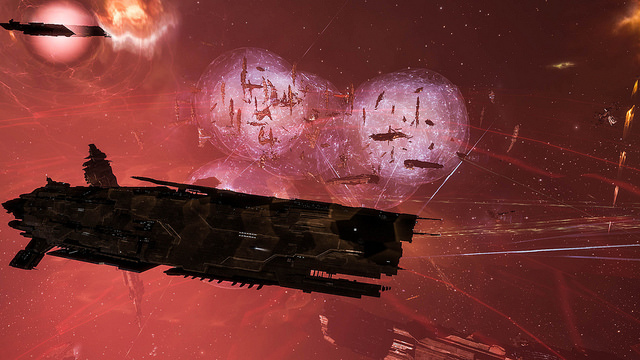