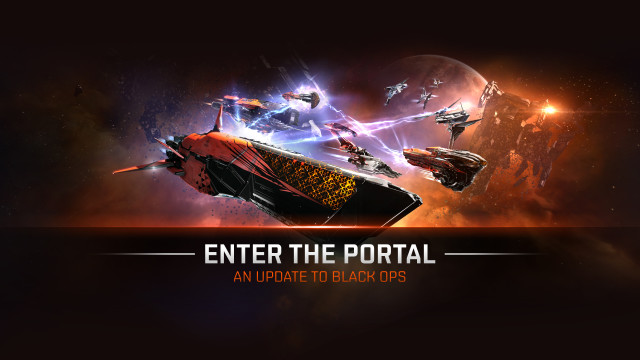 After just more than a week of testing on Singularity, the Black Ops and Covert Ops changes announced by CCP on June 11 have been made live on Tranquility this morning. A buff to the “chain lightning” Vortron projector weapons used by EDENCOM ships announced at the same time has also been implemented. In addition, CCP has released a new (and expensive) BLOPS-themed pack on the EVE store.

Welcome Changes to the Covert Meta

The proposed changes to Blacks Ops and Covert Ops ships were generally well-received by the EVE community, with discussion on various streaming shows, Discord channels, and r/EVE subreddit posts largely expressing some level of optimism about the potential impact of the changes. Based on community feedback, a number of minor tweaks were made to the proposed changes. In particular, the number of ships that can be moved in a conduit jump (called “group jump” in the original announcement) was increased from 10 to 30, and both the cargo hold size and the targeting range of Black Ops ships was expanded. These last buffs have been the most favorably received changes for the community. The cargo hold size increase is of particular benefit even to traditional bridging by a Black Ops as it increases fuel capacity.

It remains unclear the extent to which conduit jumps will become part of the Black Ops meta. Conduit jumps offer a significant fuel savings for covert drops, and they offer both one-button convenience (the BLOPS pilot triggers the jump for all 31 ships rather than each pilot having to initiate the jump for themselves) and a wider jump-initiation radius (ships within 10 km of the BLOPS can take a conduit jump rather than the 2 km required to bridge). But using a conduit jump on the outbound trip brings the increased risk that comes from putting an expensive T2 Battleship directly on the field, which may be a non-starter for many groups.

Perhaps the most likely outcome is that groups will use traditional bridging for the outbound trip (the actual drop on the target) and use conduit jumps for a cheaper return trip that keeps AFK stragglers from being left behind. This result could lead to groups instituting a hard limit on covert fleets to 29 or 30 bombers (depending on whether or not the hunter scout will be returning home with the bombers). Time will tell.

With the changes, CCP has also released a new BLOPS-themed pack on the EVE store. The pricey pack ($230) includes:

This pack offers a more costly means of acquiring Omega and MCT than the normal offer ever three months.